This week’s guest on Report from Santa Fe is Stephen Hull, director of The University of New Mexico Press, in celebration of the 90th anniversary of the UNM Press.

Hull, who has been in the field for 35 years, recently moved into university press publishing where he feels he has discovered the best of all publishing worlds. 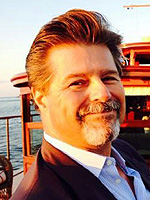 “I love the fact as University Press we are mission-driven,” he said. “We publish to advance the boundaries of scholarship. This is important work that is used by scholars, researchers, teachers, all over the world and UNM Press has a fine and long history of publishing important books in archeology and anthropology.”

He notes that UNM Press has been a premier publisher in Native American Studies and Indigenous Studies, Chicana/Chicano Studies, and U.S. Western History.

Another part of the mission of the UNM Press, explains Hull, is to be “the publisher for New Mexico. We are the biggest press in the state,” he adds, “and so we have always had this sort of co-equal mission where we publish books just by, for, and about New Mexico.”

In the celebration of the Press' 90th anniversary, Hull describes the recent structural and organizational changes the Press has undertaken and looks ahead to further expansion of the mission of the Press to include more authors, publishing partnerships, and even Native American graphic novels and more US Western history.

Hull’s 35 years of experience in publishing covers many areas, such as college textbooks, editing, small independent presses, marketing directing, and starting his own publishing company.

Hosted by veteran journalist and interviewer, Lorene Mills, Report from Santa Fe brings the very best of the esteemed, beloved, controversial, famous and emergent minds and voices of the day to a weekly audience that spans the state of New Mexico and has served as a window on what makes Santa Fe and the State of New Mexico truly unique.