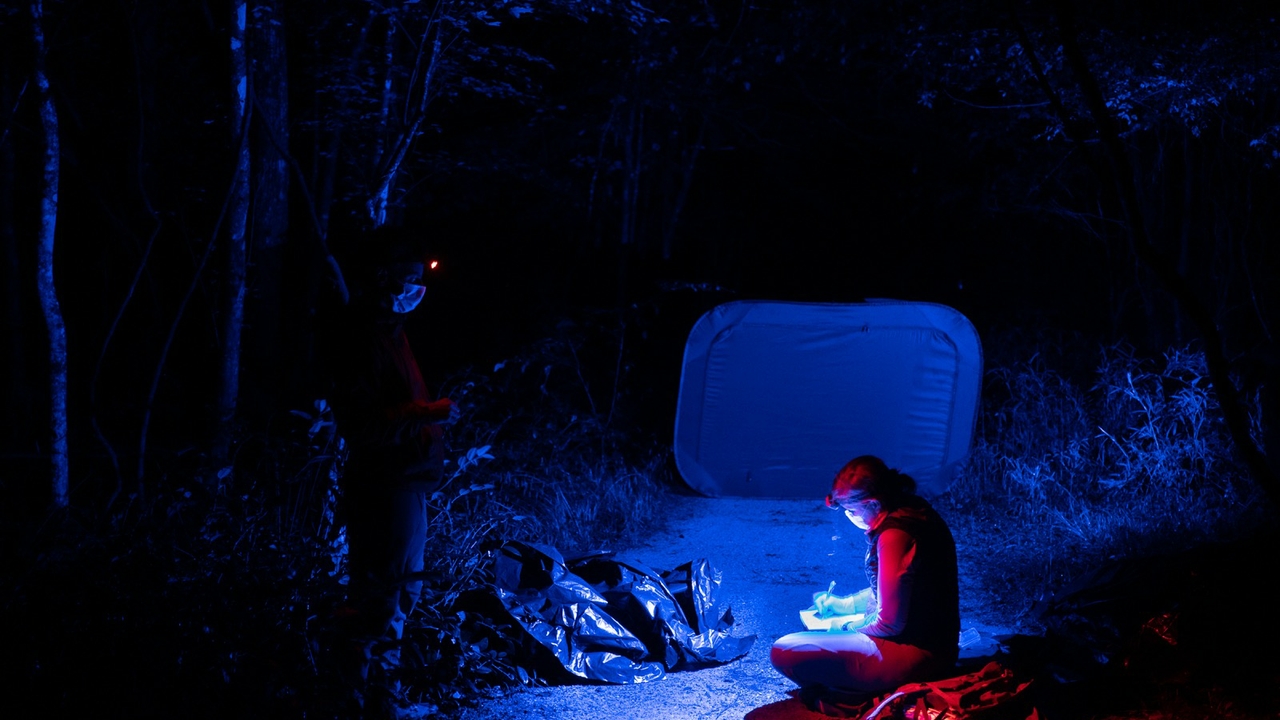 A small flickering at dusk near the trees, a pinprick of light rising from the ground – fireflies bring an air of magic and wonder to long summer evenings. The twinkling conversation between beetles is commonly associated with mating patterns; and new data explains how swarms are able to achieve this communication.

There are thousands of firefly species in the world, but the Photinus carolinus is one of the few in North America that are known to synchronize their flash patterns. It is this twinkling spectacle that draws countless people to Tennessee every year to watch the Great Smoky Mountains Firefly Viewing – and a perfect opportunity for scientists to observe how swarms respond to synchronicity.

Countless studies are dedicated to theories of communication through oscillating patterns. However, only recently have researchers gathered spatiotemporal (collected across both space and time) data needed to understand the connection between actual natural patterns and communication theory.

“We used stereoscopic recordings to capture 10 days of peak firefly season in Great Smoky Mountain National Park,” explained Hayes. “Those recordings from two slightly different angles, constructed in 3D over time, allowed us to dynamically graph of a portion of the firefly swarm based on their flash patterns.”

The researchers used their multi-camera recordings to construct a cone-shaped portion of the firefly swarm each night – about 98 feet long and up to 33 feet wide. Each night, they recorded roughly half a million space-time coordinates.

“It appears that flashes tend to correlate strongly with terrain geometry, indicating that fireflies localize primarily in a thin layer about 3 feet above ground,” the research states. “This layer is crowded with bushes and short vegetation.”

The results of the study suggest that fireflies interact with each other in short proximity. When gathered in large numbers, they can relay information longer distances across the swarm, using oscillating flash patterns. The dynamic network of visual signals helps the swarm recognize changes in terrain and vegetation. Although Photinus carolinus males synchronize their rhythmic flashing with their peers locally, a global swarm synchronization is only possible if enough fireflies are active to transport the information.

“This model illuminates the importance of the environment in shaping self-organization and collective behavior,” the research states. “This self-organization would allow for the possibility for an individual to position itself to be more or less connected, for example, by flying above the swarm to be more visible and carry flashing information further.”

"We've had models of synchrony inspired by firefly synchronization for some time now,” Hayes concluded. “But we're finally starting to see how they're really achieving this emergent behavior."