UNM Newsroom / News / Rhythm and timing for brain and body 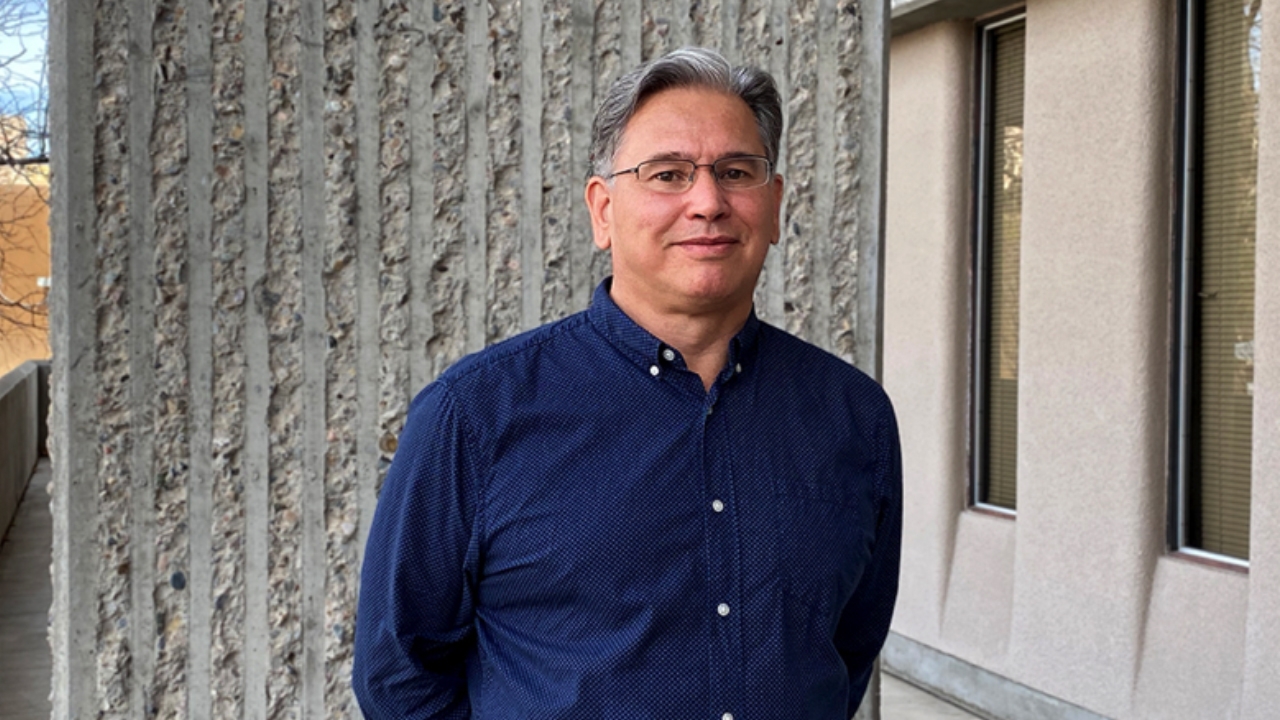 Rhythm and timing for brain and body

Our brains are made of complex networks that change throughout our lives. As we age, certain cognitive functions can become impaired, and simple tasks become challenging. Risks for certain cerebrovascular diseases (CBVD) such as stroke and dementia also increase as we age, and for certain communities living with other health disparities such as poverty, discrimination, or limited access to health care, those risks can climb even higher.

Indeed, the novel coronavirus pandemic has put the vulnerabilities of older generations, particularly those of Native Americans, into stark relief. These populations need solutions, but research is lacking on what activities or practices actually contribute to a decline in the risk for stroke for older Native Americans.

As a professor in the Department of Psychology and member of a Pacific northwest tribe, Dr. Steven Verney is in a unique position to address some of these vulnerabilities. Throughout his career, Verney has studied the physical and mental well-being of aging Native American populations, as well as cultural factors in the assessment and treatment of cognition problems. During his involvement as a researcher in the Strong Heart Stroke Study (involving over 1,000 people from thirteen tribes), he notes a disproportionately high incidence of CBVD in Native populations relative to non-Natives and double the stroke rate of the general US population.

In partnership with Washington State University, Verney is principal investigator on a groundbreaking CBVD intervention project called, “Rhythm and Timing: Exercises for Cerebral Vascular Disease in American Indians,” funded by the NIH National Institute on Aging.

The project is a randomized controlled trial, a study design often used in public health and health sciences research, that involves randomly assigning participants to either a case group or a control group. Cases are the experimental group, meaning they receive the treatment in question, and controls are the placebo group, meaning they can receive no experimental treatment or conventional treatments.

“Tribes are tired of being studied, they want to see benefits now,” says Verney. “This study is an intervention, but both cases and controls get positive benefits during the experiment.”

Rhythm and Timing involves 180 adults, ages 68-80, from ten different tribes and pueblos in the Southwest, Northern Plains, and Central Plains. All participants are also in the Strong Heart Stroke Study, which examines cerebrovascular health over time using MRI scans. Participants in Rhythm and Timing attend twelve exercise sessions that are 30 minutes each over a four- to ten-week period. The control group uses resistance bands in conventional exercises set to music.

The case group performs and repeats simple tasks, such as tapping their feet or clapping their hands, in time with a computerized metronome. They must actively concentrate to match their task exactly with a set beat that comes once every second. During the task, the computer guides the participants, providing real-time feedback to keep them on beat. This is called Interactive Metronome (IM) therapy, a promising form of behavioral therapy for a number of motor-skill and cerebrovascular health issues.

What makes this study unique? It incorporates each tribe’s culture into the IM therapy through the beats, using familiar percussion instruments and music, bringing something that studies often lack: a measure of comfort to the participants. Both the World Health Organization and the U.S. Department of Health and Human Services agree that cultural knowledge and respect during the implementation of public health initiatives result in more enthusiasm and positive benefits for participants and may help eliminate health disparities in affected communities.

“Rhythm and Timing naturally flows with the cultures of these tribes, and repetition strengthens the brain,” Verney says of the exercises. “It’s constantly adjusting to the direction of the computer.”

Verney spent the last several years running the Rhythm and Timing exercises, and now looks forward to analyzing the data he and his team have collected.  Because there is a lack of research in any population regarding interventions to prevent dementia and similar conditions due to CBVD, results from “Rhythm and Timing” may have far-reaching implications for the aging population of the United States as a whole.

Looking forward, this research will set the foundation for future research as part of the Successful Aging initiative for President Stokes’ Grand Challenges. Pilot studies are in the works to use the same type of exercises to improve balance and reduce fall risk, improving life for aging populations across our state and the nation.