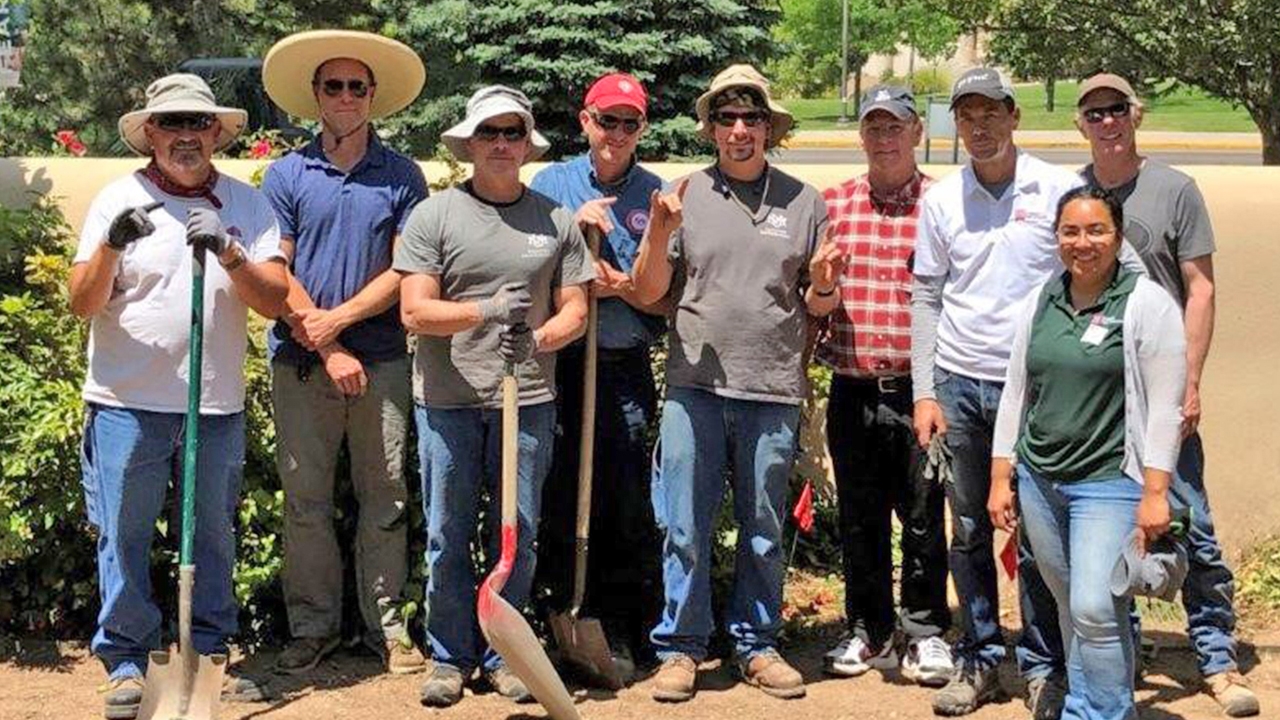 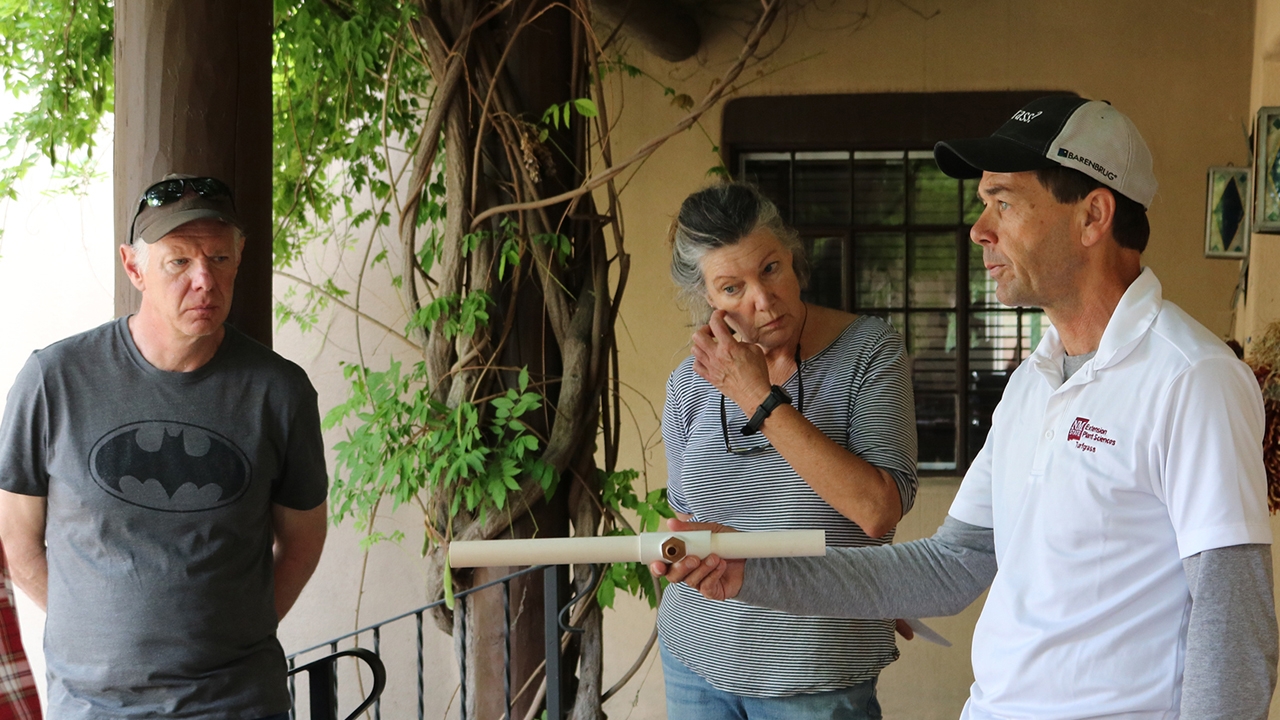 NMSU Extension Turfgrass Specialist Bernd Leinauer talks about project goals for the installation of a subsurface drip-irrigation in a limited area at University House at UNM.

On the football field and basketball court, The University of New Mexico and New Mexico State University (NMSU) are fierce in-state rivals. However, when it comes to water conservation, both universities are firmly on the same team. This collaboration and teamwork was on display recently at University House, the home of UNM President Garnett Stokes.

At the request of UNM Facilities Management Master Gardener Cody Alvstad, NMSU Cooperative Extension Service agreed to install and demonstrate subsurface drip-irrigation in a limited area in hopes of better understanding the system and, ultimately, to conserve water.

In conjunction with the installation of the test system within the adobe courtyard walls of University House, NMSU Extension held a workshop to educate the public on these often-misunderstood systems.

NMSU Extension Turfgrass Specialist Bernd Leinauer led the workshop while Alvstad and his team of Facilities Management gardeners prepared the worksite. Leinauer explained that subsurface drip-irrigation works on a grid system with emitters located at one-foot intervals approximately six inches beneath the surface, placing water much closer to the root system. Conversely, traditional, above-ground sprinkler systems have individual spray heads that cover a wide radius, requiring full absorption to reach the roots. Use of sprinkler systems can result in wasted water due to overspray onto sidewalks and roadways, as well as through evaporation prior to full absorption.

Subsurface drip-irrigation has shown to significantly reduce water usage with the same or improved results. For instance, sprinklers covering 600 square feet typically use 10 to 12 gallons per minute, while subsurface systems use approximately five gallons for the same area. A typical homeowner using subsurface irrigation could expect to use 30 to 50 percent less water.

The resistance to subsurface drip-irrigation is primarily psychological according to Leinauer. “There is an emotional attachment to traditional sprinklers systems because people feel water must come from above.” He also discussed the skepticism people have of a system they cannot physically see working.

Cost is also a factor preventing its wider use. Sprinkler installation requires trenching and placing water lines around the perimeter of the zone to be served, whereas subsurface systems requires a network of trenches and lines approximately every foot. However, these additional labor and material costs can be recaptured through water savings over time.

Leinauer feels cost savings should not always be the driving factor. “Our main goal is water conservation.” But he also understands the economics of conservation. “Water is still too cheap. When you can get it so cheap there is no incentive to conserve.”

While it is still too early to tell how this pilot project may influence future irrigation decisions on UNM’s campus, that old rivals came together to share best practices and work towards a common goal will hopefully open the doors to future partnerships and create a culture of collaboration and conservation in the future.