“Dr. Barbara Rodríguez brings the whole package to the work of this office and The University of New Mexico,” said Wood. “Her demonstrated leadership and capacity for teamwork; her intelligent and organized response to challenges; her sheer intellect and commitment to the academic mission; and her profound dedication to the diverse communities that make up New Mexico will make her an outstanding senior vice provost this year. Born and raised in Española, she knows the state and will work hard to help move the University forward.” 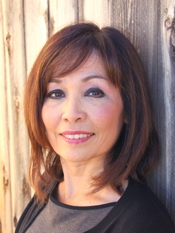 Currently, Rodriguez is a professor in the Department of Speech and Hearing Sciences, and has served as department chair and program director for six years. Rodríguez has contributed a significant amount of research in the areas of cultural competence/humility, bilingual language acquisition and bilingual language assessment.

Recently, her research focused on language and literacy developing in bilingual, cultural and environmental influences on the language development of children from diverse backgrounds, and speech/language assessment and collaborative personnel preparation training grant with New Mexico State University, funded by the U.S. Department of Education, designed to train graduate students in bilingual speech-language pathology.