Matthew "Matt" Taibbi, an investigative and politics/culture reporter for Rolling Stone Magazine, presents a public talk at The University of New Mexico titled “The Problems of Reporting in the Internet Age (and How to Counter Them)” on Wednesday, Jan. 24, at 5:30 p.m. in the Kiva.

Taibbi’s talk involves the internet age, an era in which most people get their information from mobile devices, and phones in particular, which means news items are being continually cut down into smaller and smaller bits of presentation. 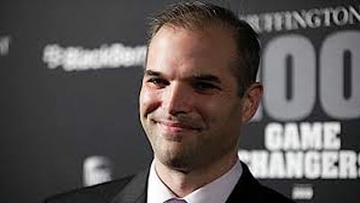 “Audiences have significantly shorter attention spans than before and the news cycle itself has gotten shorter,” Taibbi said. “This is happening at a time when political and economic problems are increasing in complexity and journalists actually need more time and more space to explain things. So how to do we bridge the gap?”

Taibbi, who has been a reporter since the mid-1990s, is an acclaimed author of many books on political, social and economic issues. His most recent book, “I Can’t Breathe: A Killing on Bay Street,” about police brutality, racism and the killing of Eric Garner, is on the Washington Post’s Top 10 Books of 2017 list.

Other books written by Taibbi include “Insane Clown President: Dispatches from the 2016 Circus” (2017), “The Divide: American Injustice in the Age of the Wealth Gap” (2014) and “Griftopia: A Story of Bankers, Politicians and the Most Audacious Power Grab in American History” (2011).

Known primarily for his work at Rolling Stone Magazine, Taibbi has reported on politics, media, finance and sports. In 2008, he won the National Magazine Award for Commentary. Prior to his time at Rolling Stone, Taibbi worked and lived in the former Soviet Union from 1997-2002. He edited an English-language newspaper in Moscow called the eXile.

The talk, which is free and open to the public, will be moderated by Associate Professor David Weiss, who teaches courses in media studies and political communication.

For directions to the Kiva, view the campus map.