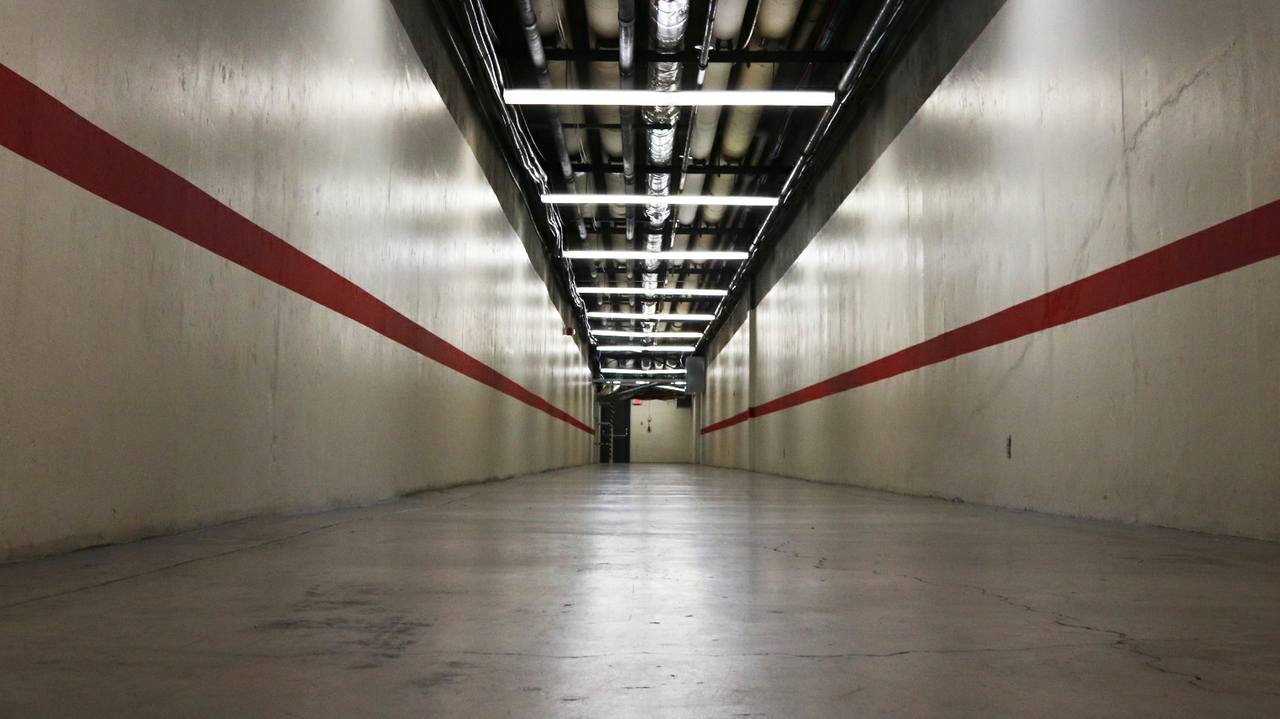 Scenes from two movies were shot beneath north campus; the 2004 thriller Suspect Zero and Maze Runner: The Scorch Trials from 2015. 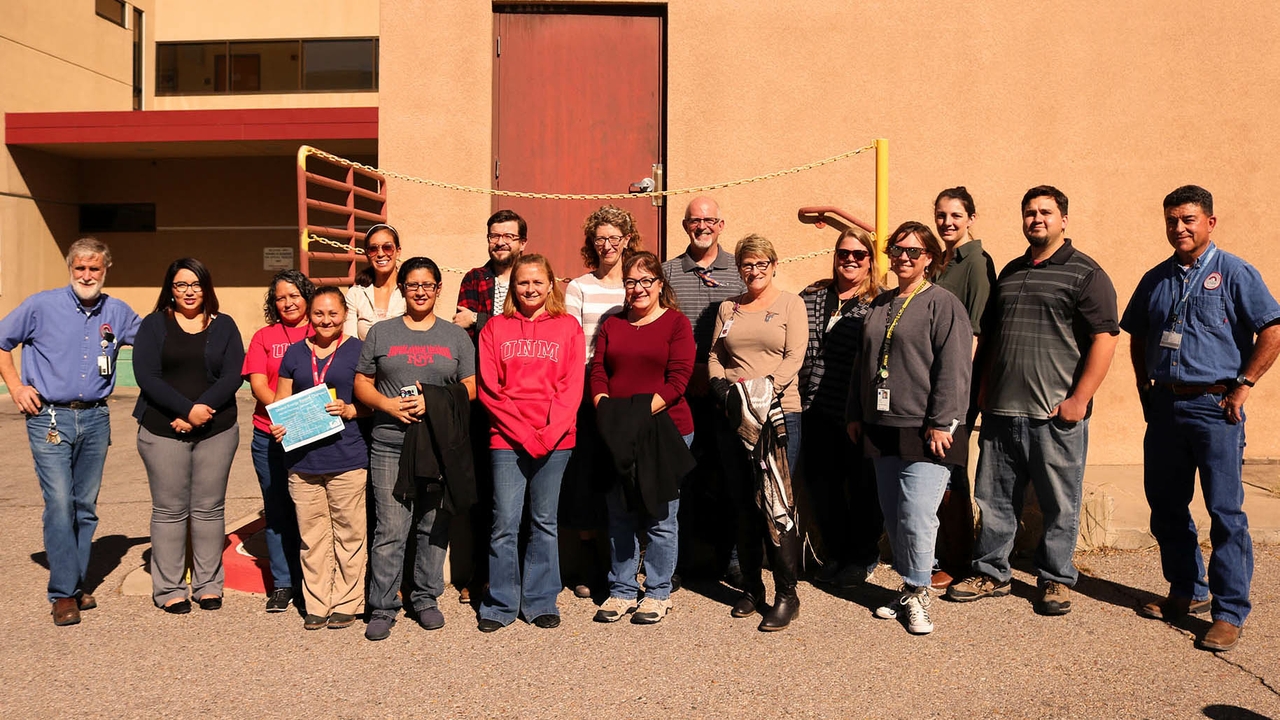 Running the maze under north campus

Instead of their normal networking event or guest speaker, members of the HSC Staff Mentorship Program recently found themselves in the mysterious, subterranean tunnel system beneath the north campus.

For program chairperson, Marcia Sletten, the north campus tunnel system is familiar ground. While in high school, her father worked for the Cancer Center and his office was just off the tunnel. As the group passed his old office door, she reminisced, “I’d park outside Family Practice and take the elevator down, and this is how I’d come to his office.”

But even for a career UNM employee, like Sletten, the tunnels offer something new at every turn. As the members of the group moved through areas alternating from jacket-cool to outright swelter, they were informed by Couch on the functional aspects of the tunnels and were told interesting anecdotes and historical facts about the facilities.

In one area of the tunnel system, the forensic work was completed on the 33 prisoners who perished in the tragic 1980 New Mexico State Prison riot. Not far away, highlighting the varied purpose and use of the system, the Nursing and Pharmacy program hosted a Halloween party for kids in the Children’s Hospital otherwise unable to Trick or Treat.

As the tour progressed, Couch returned to the core purpose of the tunnels. In addition to providing access to maintain the massive utility network beneath the north campus, the tunnels came into being, in part, to enable the safe transportation of research animals and equipment from building to building without exposing them to the outside elements.

Tour participants were also educated on the utility backup systems and how Facilities Management staff works to ensure the north campus buildings keep the lights on and the water flowing.

Unlike the utility tunnels on the main campus, areas within the north campus tunnels are home to offices and programs, like the BATCAVE Healthcare Simulation, and are reasonably accessible. There is a pedestrian tunnel near the Family Practice Center that students, staff, and faculty can use in inclement weather, and other areas are open to those with security access to the buildings above. However, for safety and security, many areas are off limits to those without specific authorization.

But the curious don’t need authorization to see inside the tunnels. They need to look no further than the big screen. Scenes from two movies were shot beneath north campus; the 2004 thriller Suspect Zero and Maze Runner: The Scorch Trials from 2015. Couch relayed memories of not just the actors and the scenes they shot in his workplace, but the food service provided by the production companies. “For Suspect Zero, they had a massive tent set up outside with a professional chef cooking all day for the actors, and for our maintenance staff, too,” he said with a wide grin.

After the event, Sletten added, “The tunnel tour fit right in with our goal of educating program participants about the Health Science Center and the University. It took us to new areas behind locked doors in the tunnels and we learned some interesting things. Many of us on the tour did not know about the movies that have been filmed in them. This was a unique experience and very different from our regular speaker events that we hold.”