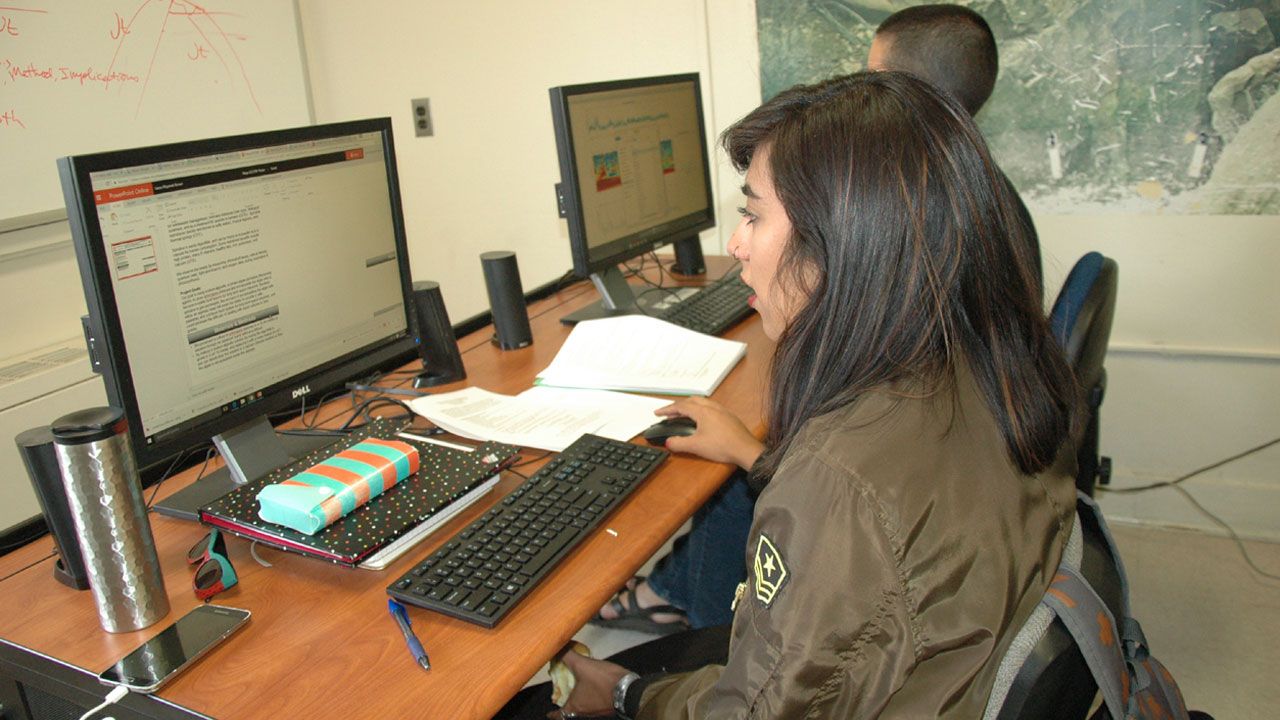 The University of New Mexico’s Louis Stokes Alliance for Minority Participation, AMP, is designed to increase the enrollment and graduation rate of historically underrepresented groups in science, technology, engineering and mathematics.

During the summer, the SCCORE program provides research engagement for approximately 10 STEM students in the process of transferring from New Mexico community colleges to New Mexico institutes of higher learning. The New Mexico AMP undergraduate research scholarship provides $2,000 to each student during each semester of research involvement.

“The SCCORE program is really fantastic for any students engaged in transferring, it helps them immediately get in a research project programs that they are headed toward at the university,” said Professor Laura Crossey, who is the institutional coordinator for AMP. 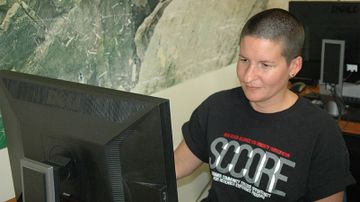 Holly Olivarez spent part of her summer working in the Department of Earth and Planetary Sciences in the Radiogenic Isotope Laboratory with Professor Yemane Asmerom.

In addition to the academic support that is provided to the students, the research experience is meant to help the students engage with the resources that are available to them. This makes it easier for those who are underrepresented minorities in STEM to make their way to higher education or a path in the field.

“This program is very important to STEM students because our research laboratories, our research staff and our graduate students are all terrific assets beyond the classroom that AMP and SCCORE are taking advantage of right from the beginning, helping ease the transition from a two-year to a four-year experience.” said Crossey.

SCOORE prepares students to be participants in STEM activities in the future, whether they go on to the work force or onto graduate school, by helping them maneuver through the mysterious world of research, which Crossey believes is a great partner of education.

"This program is very important to STEM students because our research laboratories, our research staff and our graduate students are all terrific assets beyond the classroom that AMP and SCCORE are taking advantage of right from the beginning." – Professor Laura Crossey

“We train the students so that they can create a stand-alone project on their own, and then we teach them how to use the equipment in the lab and to collect data,” said John Roesgen, a Ph.D. candidate in the Department of Biology who has been involved in the SCOORE program for two years. “They come in with a general idea of what they are interested in, by the end of the program they have information that they can present in front of any biology conference in the country.”

Holly Olivarez, a SCOORE participant, will be a junior at UNM this fall once she transfers from CNM. She’s the first in her family to go to school, and has found a passion for science. She was majoring in math at CNM, but changed her mind after being in the program. “I’ve decided to change my major because I have enjoyed my experience here so much. It has been such a welcoming environment, and I feel that I am going to find my place here,” said Olivarez. 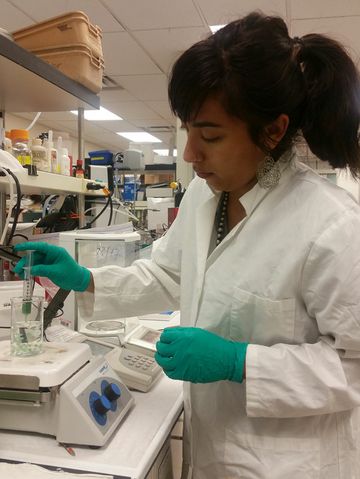 Laura Mayaneli-Brown works with an algae commonly known as spirulina. She's trying to get that particular culture in an alginate bead to become a viable food for long term space missions.

Olivarez is working in the Department of Earth and Planetary Sciences in the Radiogenic Isotope Laboratory with Professor Yemane Asmerom. She’s using data samples collected from a stalagmite in a cave in the Carlsbad Caverns to correlate time frames and climate patterns by using wavelet analysis and Redfit technology.

“My portion of it, is to look at the long-term climate modulators, like solar cycles, ocean patterns, volcanic activity, that all come together and put together the climate for our part of the country,” said Olivarez. “It’s data that hasn’t been examined before, so that’s very exciting.”

Olivarez is also excited about the academic support that she has been receiving as a first-generation college student, “we were given strategies to start working towards getting a graduate degree. A lot of us, me included, are first-time college graduates. It’s a valuable resource that none of us would have had otherwise,” she said.

Laura Mayaneli-Brown, is also a transfer student from CNM who will be attending UNM in the fall. She has a culinary background, and found an interest for molecular gastronomy when attending culinary school. While attending SCOORE, Mayaneli-Brown was able to bring her love for food into the lab.

“I’m working with an algae called Arthrospira Platensis, commonly known as spirulina, by trying to get that particular culture in an alginate bead to become a viable food for long term space missions. If the culture can grow and thrive inside the beads, then they can grow in the beads in space,” said Mayaneli-Brown.

Mayaneli-Brown made beads every day, that look much like caviar, and took measurements to track its growth and compared it to those of a liquid culture. “It’s getting me excited about getting into the research field because it’s something that I didn’t even realize could be a possibility,” she said.

The program is working to ease the enrollment process for students by making resources more accessible in partnership with other UNM support programs, and by guiding them through any path that their curiosity takes them to with the guidance of long-standing mentors.