The animal collections housed at zoos and natural history museums — living specimens in the first case, preserved in the other — constitute an exhaustive trove of information about Earth’s biodiversity. Yet, zoos and museums rarely share data with each other.

A new paper published in the journal BioScience lays out a pathway to increasing collaboration that would enhance our understanding of the animal kingdom.

“Museums are now globally connected through the internet and preserve a wealth of samples and associated data for scientists and managers that are integrated into diverse studies, but generally museum’s hold relatively little data that detail the daily activities throughout an animal’s lifetime,” said Joseph Cook, curator of Mammals at the Museum of Southwestern Biology at the University of New Mexico and a co-author of the paper. “In contrast, zoos, hold rich data on each animal’s health, behavior, pedigree, and other aspects of life history. By leveraging the respective strengths of both museums and zoos, we are building critical biodiversity infrastructure for societal challenges such as climate change, increasing environmental toxins, and species declines and extinction.” 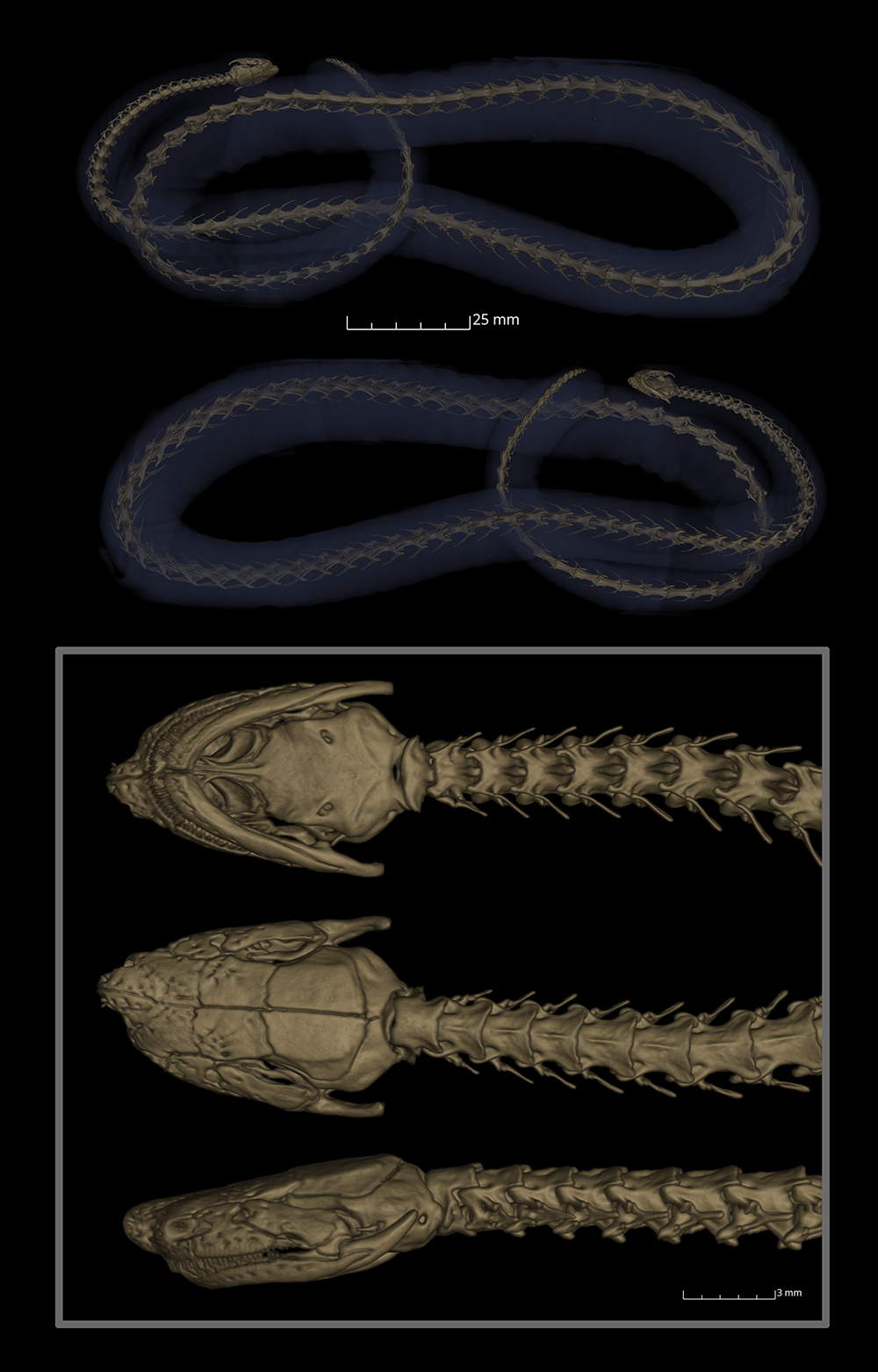 Images of the Kaup's caecilian (Potamotyphlus kaupii) transferred from the Sedgwick County Zoo to the Yale Peabody Museum of Natural History as part of their ongoing collaboration.

“Having access to the detailed life-history records zoos keep for individual animals, which are data largely unavailable for most specimens, provide new opportunities for the researchers who rely on these critical materials,” he said. “For example, blood of individual wolves held in zoos is periodically drawn throughout their lives and these samples, which are now archived in museums, provide valuable insights into disease pathogenesis, nutrition, or abnormal development.”

“Depositing a specimen from a zoo into a museum can extend the ‘life’ of that animal in perpetuity - providing research, education, and conservation opportunities for years to come,” said Alex Shepack, a postdoctoral researcher at the University of Notre Dame and coauthor on the paper.

A few existing successful partnerships between zoos and museums include the Museum of Southwestern Biology (MSB) at the University of New Mexico and the Albuquerque BioPark. The BioPark has transferred thousands of specimens and their data to the Museum of Southwestern Biology over the past four decades to support research. Over 5,000 BioPark samples are stored in the museum’s on-campus research natural history museum and state-of-the-art vapor-phase nitrogen biorepository, and now made available for research at UNM and throughout the broader scientific community through the museum’s public online database.

According to paper contributor Mariel Campbell, Senior Collection Manager for Genomic Resources at the MSB, “Maintaining zoo samples in a designated museum repository enables these samples and their data to be managed for the long term according to best practices and publicly shared to support extended research on endangered species recovery, wildlife diseases, conservation genetics and genomics.”

In addition, as the sole biorepository for the federal Mexican Gray Wolf Reintroduction Program, the MSB partners with over 75 zoos and other institutions across the United States to archive Mexican wolf specimens, samples and data. “Over the course of the reintroduction program we have built an archive of over 7,500 specimens and associated data, which are being actively utilized in research at UNM, nationally and internationally, demonstrating UNM’s critical role in support of the conservation and reintroduction of the Lobo” said Jon Dunnum, senior collection manager for Mammals at MSB and an author on the paper.

Many zoos house species that are rare, endangered, or even extinct in the wild, making them extremely difficult, if not impossible, for museums to collect ethically, states the paper, whose 35 co-authors represent zoos and museums located throughout the United States.

Disposing of deceased animals is a logistical problem and often a legal necessity for zoos, which lack the expertise and facilities to permanently house preserved specimens, the paper notes. As an alternative, zoos should deposit specimens of high scientific value with natural history museums to extend their research and teaching value and strengthen their credibility as conservation-oriented scientific organizations, the paper argues.

Depositing specimens in museums can help zoos learn more about the health of the animal while it was living under their care — perhaps an elephant had an infected tooth that went undetected while it was living — knowledge that could inform a zoo’s practices and benefit its collections, according to the paper. 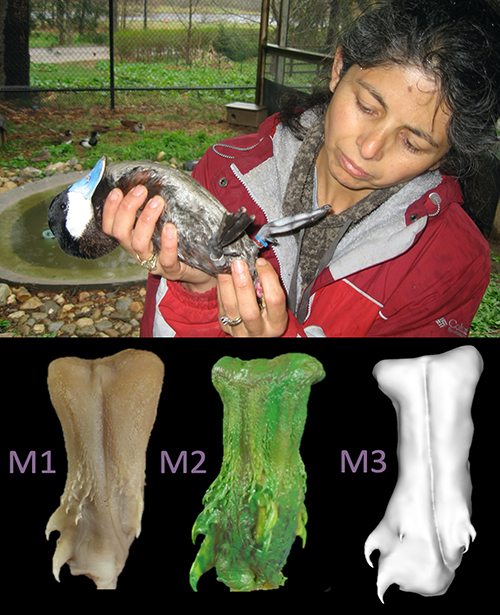 The barriers to increased collaboration are largely cultural, the paper says.

“When we started discussions between zoo and museum staff, we realized how little each other understood of the ways we all use collections and maintain data,” said co-author Steven Whitfield, a conservation biologist at Zoo Miami. “As we worked together over three days to organize this manuscript, we saw great interest in collaborations from people who had really never been in a room together.” The model developed by institutions like the Museum of Southwestern Biology and Albuquerque BioPark helped to demonstrate what is possible by working together.

Institutions accredited by the Association of Zoos and Aquariums hold about 800,000 living animals, primarily in the United States. Zoos and aquariums keep extensive records for each animal in their care, including information on their life history, behavior, health, pedigree, physiology, and husbandry protocols used during their life, such as diet and veterinary treatments. They also periodically collect and preserve biological samples, such as blood, plasma, and DNA.

Natural history museums house roughly 500 million to 1 billion biological specimens in the United States and about 3 billion worldwide, according to the paper. A specimen’s records typically include information on where, when, and by whom it was collected, as well as its taxonomy and method of preservation. These records tend to capture the moment in the animal’s life immediately preceding its death, but offer fewer insights about prior times, the paper explains.

The two types of institutions vary in their emphasis on research, with many museums being heavily focused on it while zoos place more emphasis on the health and welfare of their living specimens, the paper explained. There can also be legal hurdles to transferring animal specimens between zoos and museums, and the digital record management systems that museums and zoos use are often incompatible.

“However, what should unite these institutions is a shared interest in preserving biodiversity, in its various forms, and contributing to our collective knowledge of these animals,” said Sinlan Poo, senior research scientist at the Memphis Zoo and lead author of the paper.

Ultimately, enhanced collaboration will require staff at zoos and museums to build relationships, sharing their ideas and scientific approaches with each other, and the new paper is a first step in initiating that dialogue, Poo said.