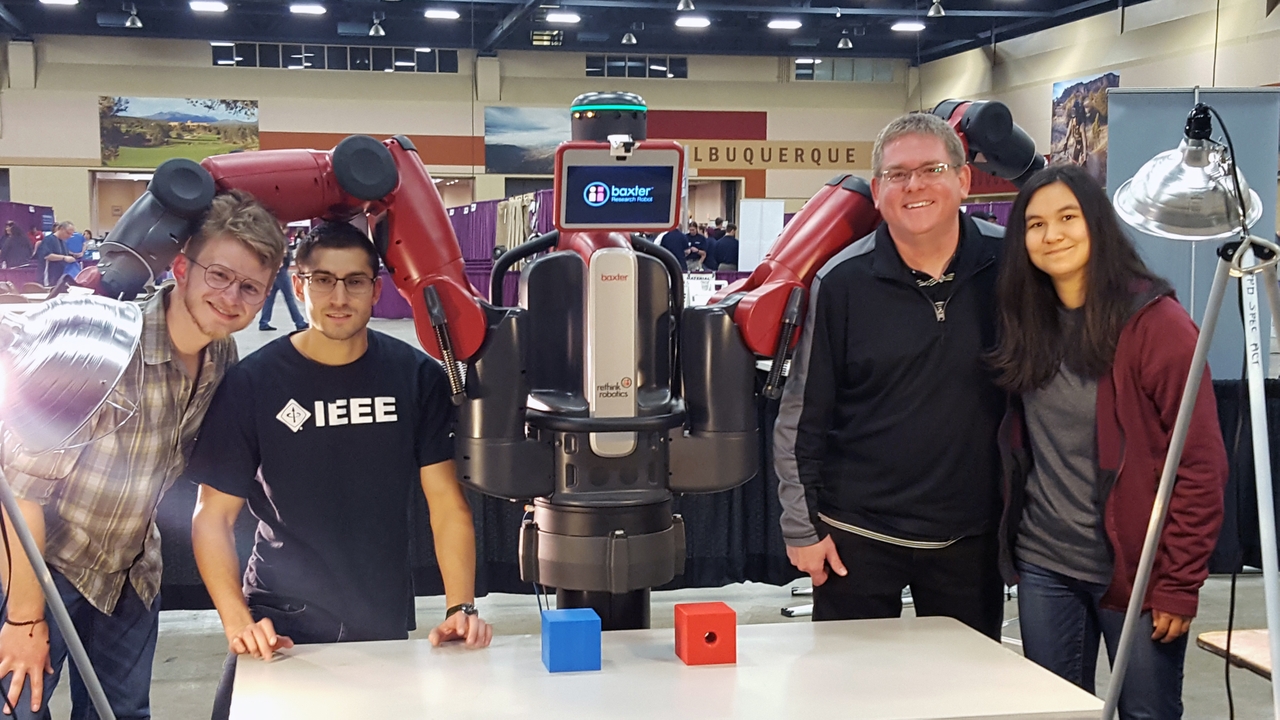 A team from The University of New Mexico School of Engineering won first place at the 2017 Spacecraft Robotics Challenge, sponsored by the Air Force Research Laboratory (AFRL).

In the competition finals, which took place last weekend at the Albuquerque Convention Center, teams competed to determine who could get their robot to most accurately perform a series of simplified satellite assembly steps the fastest.

The first-place team was made up of students in the Department of Electrical and Computer Engineering: Steven Maurice, Joseph Kloeppel, Rebecca Kreitinger and Travis Taylor. They are all members of the Multi-agent, Robotics and Heterogeneous Systems (MARHES) Lab, directed by Rafael Fierro, professor of electrical and computer engineering. The team won $6,000.

The Spacecraft Robotics Challenge, held in partnership with the UNM School of Engineering, was developed in part by AFRL’s desire to explore new ways to affordably meet the increasing demand for small satellites. It seeks to strengthen ties between the military, industrial and academic robotics communities and to promote research and development in the application of unstructured automation and robotic assembly concepts to small satellites.