UNM School of Public Administration Graduate Assistant Sarah Wilkinson is one of a number of New Mexicans selected as 2015 recipients of the New Mexico Humanitarian Awards.

The awards program was established in 2008 by the Jewish Community Center of Greater Albuquerque to honor people who have embodied an outstanding spirit of humanity in a local, national, or international capacity. 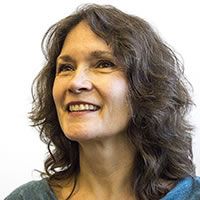 Wilkinson, the founder of Global One to One, formerly Project PeacePal, a nonprofit she started in 2007 that cultivates cross-cultural understanding and communication between students around the world. Over the past eight years, nearly 14,000 students in 25 countries have participated in the program.

Wilkinson’s vision throughout this nearly decade-long effort has been to build a network of people who better understand each other and who can therefore better solve global issues together.

“She has been a strong, compassionate leader who has, as a New Mexican, become a “global humanitarian,” influencing lives and communities all over the world,” JCC executive director David Simon said.

Wilkinson, who received her her B.A. in Cultural Anthropology from the University of Illinois, is also an Adjunct Professor at UNM’s Peace and Justice study program.

Also honored were Rick Davis, CEO of R.E. Davis & Companies; Alice Loy, the co-founder of Creative Startups and a principal at the Global Center for Cultural Entrepreneurship; Alan and Diane Cho- dorow; and Stu Simon and the Storehouse Annex Food Pantry Volunteers.

“From affordable housing advocates to entrepreneurial job creators to global advocates for cross-cultural understanding, this is a fantastic group of New Mexicans who deserve our recognition and thanks,” Simon said. “They have made New Mexico, and the world, a better place through their humanitarian efforts.”