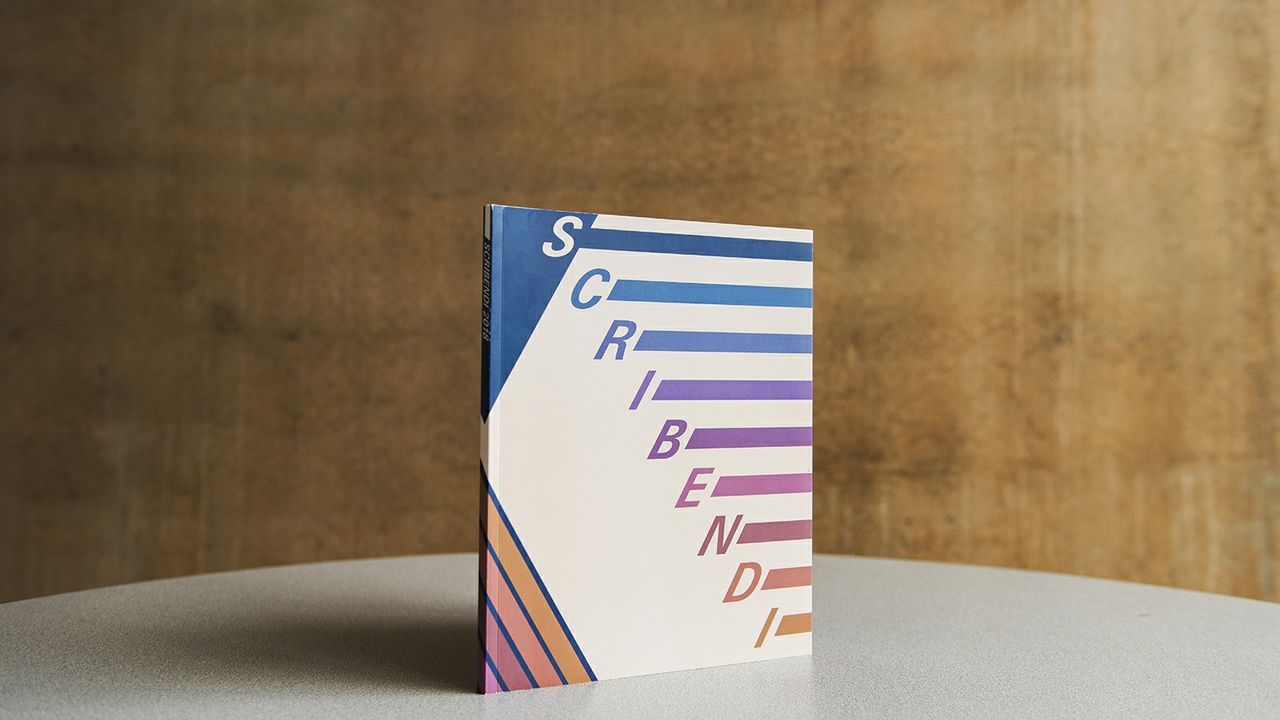 Scribendi celebrates the art of preservation

Since the introduction of computers into daily life, countless voices have proclaimed that print is dead. Hands once stained with newsprint ink now type URLs, brick and mortar bookstores fall while e-books rise and writing letters by putting pen to paper is so quaint it’s downright romantic. In the midst of this digital age, The University of New Mexico (UNM) champions the value of printed material.

In its 32nd year, UNM’s Scribendi magazine stands tall, an annual print publication that showcases the creative work of undergraduate Honors students across the nation. The Scribendi faculty advisor, Assistant Professor Amaris Ketcham, asserts that learning about the printing process and the digital world are not mutually exclusive.

All are welcome to enjoy food and cake.

“The (Scribendi) class teaches the process of literary publication as well as new and developing technologies,” Ketcham says. “Each student participates in every part of creating the magazine. There’s a print focus, but they also learn graphic design and become versed in digital mediums.”

Unlike other collegiate literary magazines, Scribendi is not guided by the vision of the faculty advisor and Ketcham is not the editor in chief. Scribendi is conceived and created from start to finish by the students, and this year’s issue was helmed by editor in chief Josh Rysanek, a psychology major slated to graduate in 2019.

“Scribendi has been the hallmark of my college experience,” Rysanek says. “It’s the most involved I’ve ever been with students across campus, interacting with people who have different majors. It’s great because the Honors College is so interdisciplinary.” 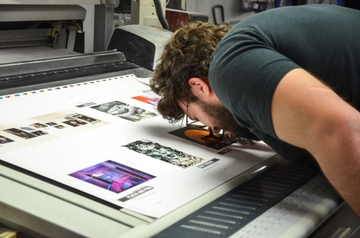 Beyond the UNM campus, Rysanek says working on Scribendi also gives a sense of connectivity between colleges across the country. Quite literally forging those connections, Scribendi hosts national exchange students who come to UNM for up to a year to study and work on the magazine. Olivia Comstock, a philosophy and art history major on exchange from the University of Idaho, says Scribendi is an experience unlike any other class.

“In most of my classes we read, we write essays and we discuss,” Comstock says. “But in Scribendi we are making a magazine. It is a kind of hands-on task that is really unique compared to my other learning.”

As part of the Western Regional Honors Council (WRHC) and the National Collegiate Honors Council (NCHC), Scribendi receives submissions from 900 eligible institutions. With 485 submissions for the 2018 edition, the Scribendi staff reviewed them all and – as a team – decided what to publish in each of the magazine’s seven categories: short fiction, creative nonfiction, poetry, visual art, photography, foreign language and open media (which houses work that doesn’t fit neatly into the other six categories). For Rysanek, the process of selecting pieces for publication was a major highlight.

“I loved the submission discussions we had in class,” Rysanek says. “We narrowed it down to a short list, and then in class it was kind of like speed dating with each piece of work. People would pitch their favorites, and the best was when someone brought up a detail – like a structural or craft element – that made you see the work in a different light.”

These conversations expanded to include choosing design elements, which ultimately informed not only the look and feel of the magazine, but also highlights the throughlines that appear in the content chosen for publication. These themes are addressed in the editor’s forward and the faculty advisor’s afterword for the magazine, and without treading into spoiler territory, the 2018 issue of Scribendi explores giving art a life of its own and the virtues of breaking the rules.

Rysanek emphasized the significance of having a faculty advisor like Ketcham, who is deeply invested in the success of her students.

“I’m going to quote Amaris here,” he said, “because in a previous issue of the magazine (2014) she talked about it as a kind of instant amber, where a whole year of work is preserved in a permanent state. That idea really inspired me… this magazine is sentimental for all of us who worked on it, almost like a yearbook we can look back on and celebrate.”

The revelry will commence on Saturday, April 28, with a Scribendi 2018 release party. All are welcome to enjoy food and cake with the Scribendi staff from 5:30 – 7:30 p.m. at the UNM Honors College, on the ground floor of the Student Health Center (73/M-16 on the UNM campus map).

“With so many things these days,” Rysanek says, “you put it out there and just never see it again. This class recognizes the value of print. Scribendi is something you can hold on to.”

Copies of the 2018 issue of Scribendi are free and will be available at the Honors College until they’re gone.