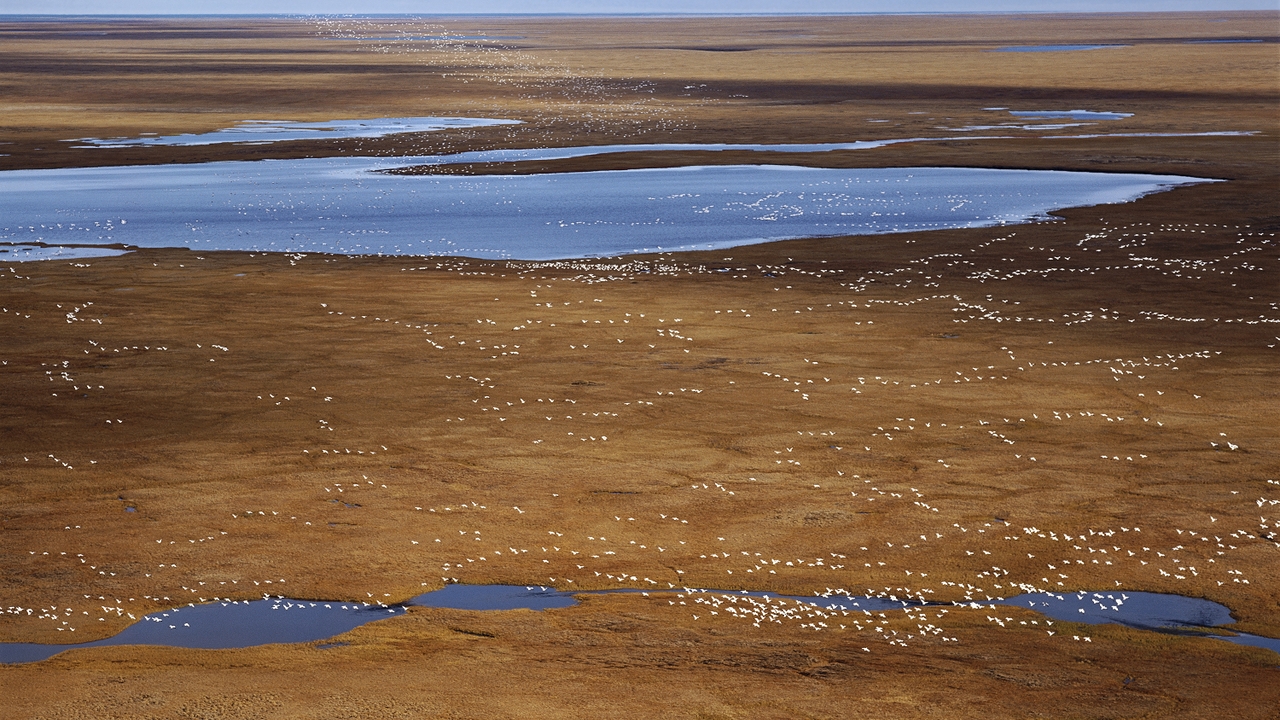 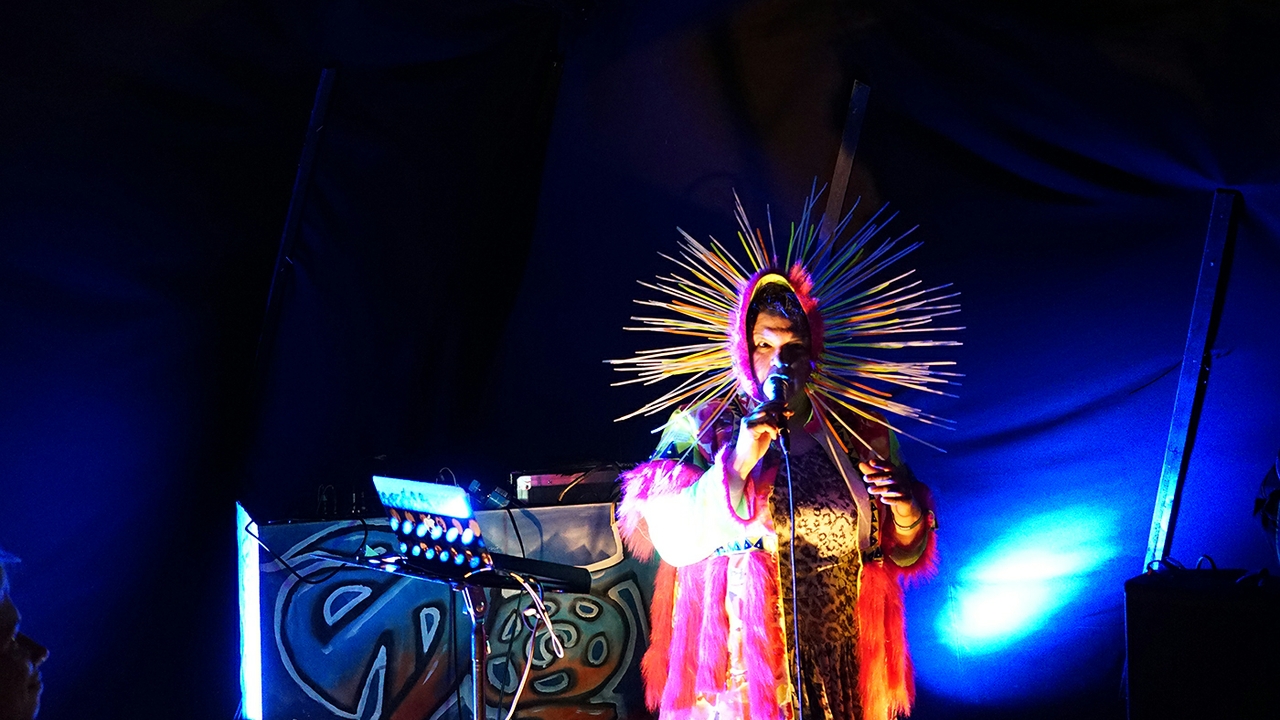 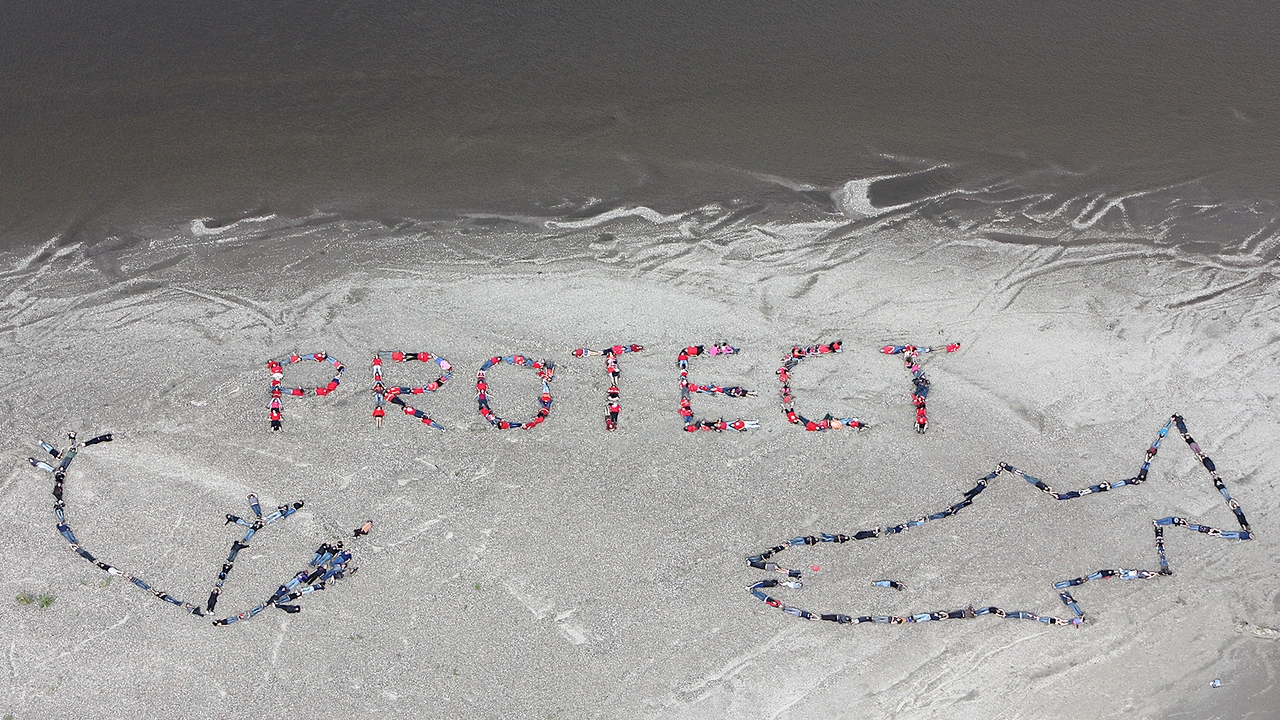 Aerial Art along the Yukon River

Connecting energy practices in New Mexico to the energy policies of Alaska may not necessarily be a logical leap. Introduce the common thread of native, indigenous cultures, however, and the correlation is drawn in a sharper relief. Exploring these commonalities is one of the primary goals of “the last oil: a multispecies justice symposium on Arctic Alaska and beyond.”

Contrary to what its name implies, the last oil symposium is not about the world running out of oil. Nor are symposium participants advocating for a halt in the use of fossil fuels. New Mexico is often ranked among the top states in the U.S. in natural gas production, making our economy intrinsically tied to the industry.

According to Subhankar Banerjee, professor of Art & Ecology at UNM and convener of the symposium, what the last oil gathering will do is address federal energy policy regarding the environment and indigenous cultures, and focus on “places of global, biological importance; those we must preserve.”

From Feb. 21-23, 29 leading artists, activists, attorneys, biologists, climate scientists, conservationists, curators, historians, policy experts, and writers will come together at The University of New Mexico (UNM) for this public forum. Banerjee states that this interdisciplinary approach is highly intentional and “a signal to move academia into the 21st century.”

“Twentieth century academia is hyper separate and hyper-specialized, resulting in rigid silos throughout university systems,” Banerjee says. “Symposiums like the last oil are a deliberate, conscious effort to soften the silos, bridge the gaps and engage with the community.”

Banerjee also notes that UNM is an ideal setting for such a gathering – people from myriad disciplines, both inside and outside academia.

“UNM is an academic institution that will honor people with experience from the outside,” Banerjee says.

True to its aim, the last oil symposium will bring together a multifarious group of people: several UNM student organizations are involved, along with a variety of UNM departments and organizations from the greater New Mexico community. Along with specialists in community outreach, Ph.D. academics, and environmental lawyers, two of the speakers featured at the symposium, Brian Adams and Allison Akootchook Warden, were recently named 2018 Artist Fellows by the Native Arts & Cultures Foundation.

Organizers of the last oil arranged for the symposium to be live-streamed, in an effort to make the event accessible to as many people as possible.

Another primary goal of the symposium is to play a part in shaping leaders of the future. There will be a three-hour activist workshop led by young scholars and activists, with lunch provided. To sign up, contact Traci Quinn, Curator of Education and Public Programs, UNM Art Museums, at tmquinn@unm.edu.

Banerjee asserts that when it comes to starting a new conversation and sparking environmental justice action, “UNM will lead the nation.”

To learn more and get involved, visit thelastoil.unm.edu.