UNM Newsroom / News / Should political opinions be left out of the workplace, maybe not

Should political opinions be left out of the workplace, maybe not

How to know who you can talk to
By Katie Williams March 24, 2016
Categories: Latest News

Talking politics at work or with fellow students can be dangerous—unexpected reactions, deep beliefs or unsubstantiated knowledge can lead to arguments, hurt feelings or possible retaliation. In the current political climate with the presidential race heating-up it’s hard to pretend our windy weather is really what’s most interesting. So if you would like to talk politics, Associate Professor of Information Systems at the Anderson School of Management and social media aficionado, Nick Flor, says sure, talk about it, but follow this advice to keep yourself safe:

“Nick, I’m disappointed. I thought you were a smart person,” said a co-worker after finding out our political views differed.

“He should be fired or at least reported to the Office of Equal Opportunity,” said a colleague after another colleague told her that she shouldn’t decide on a president based on gender or race.

“Yes,” says Flor, “those are actual quotes from colleagues after a political conversation ensued at work. And lest I be misunderstood, let me be clear about my number one piece of advice regarding talking politics at the University—don’t. Especially if you’re a teacher in a classroom. As a teacher, your goal should be to teach students how to think, not what to think. So, I find it particularly problematic when professors pontificate politics from their pedagogy.” 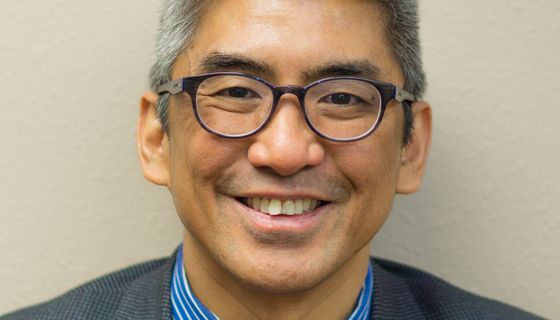 Professor Nick Flor (@ProfessorF) encourages people to talk about politics, not argue. With over 11,000 followers on Twitter, political commentary has become something of a science to this professor.

The work place, teacher-student dynamic aside, is a different scenario. According to Dr. Maynard Brusman, a nationally known psychologist and executive coach, it’s not bad if employees bring the whole of who they are to work.

Research shows that work for many can be an outlet for socialization leading to an overall happier disposition. Most people are looking to connect with their coworkers and a conversation about something deeper than weather patterns might be the ticket.

“People are more similar than dissimilar,” says Flor. “If you’re aware of the risks and would like to talk politics be sure you know who you can talk with.”

Here’s how according to Flor:

Tip #1: Make your goal the truth

You’ll notice most people you argue politics with either have a sports-fan mentality or they’re virtue signaling.

Sports-Fan Mentality: These people have decided that the Democrats or Republicans or other political parties are “their team” and the politicians are like their favorite athletes. For these people, their team can do no wrong, despite any fouls you may point out.

Virtue Signaling: Social media has given rise to a weird form of bragging, “virtue signaling.” This is showing off—signaling—usually on social media, how good and open-minded you are to the world. To these people the truth is only relevant if it allows them to brag on Facebook about what a good open-minded person (GOMP) they are.

Feeler: This is a person that puts feelings over facts. If they feel something is true, it must be true. All they need is one anecdote to validate their feeling. Once they have that anecdote, you can present them with all the facts in the world, but facts will never trump their feelings on the issue.

You can’t arrive at the truth if you’re arguing with a Sports Fan, Virtue Signaller, or Feeler. So politely disagree—be prepared to say why you disagree and move on to another topic.

It’s easy to get mad when someone disagrees with you on a political issue, like global warming. Remember political issues are complex and there’s rarely a single correct answer like there is in math.

For example, if arguing the ridiculousness of global warming, you may point out that the polar ice caps have grown, and they’ll counter with “but the ice layer is much thinner,” which may seem like a ridiculous claim.

But it may be true, and you owe it to the truth to find out. So don’t get mad. Ask for proof–data, sources, anything that will help you discover the truth.

If you can’t agree on something, then make it clear you disagree but that you’ll take their position seriously and look into it. Then actually look into it. Who knows, you may be wrong in which case you’ll learn something new, and you’ll have more of the truth on your side the next time you talk politics.

Everything that’s going on in social media, in terms of the election, is fantastic. We can capture what the nations thinks about the different candidates in real time. With over 11,000 followers on Twitter I have had interesting conversations with people of different political views. All is well that ends well. Before you comment on a post or tweet, recognize who or why they shared political commentary. If you should be lucky enough to stumble across a fellow Truth Seeker—keep your comment simple and be prepared to move on. For the Feelers, Virtue Signalers, and Sports Fans out there be prepared to rock a boat people won’t get back on.