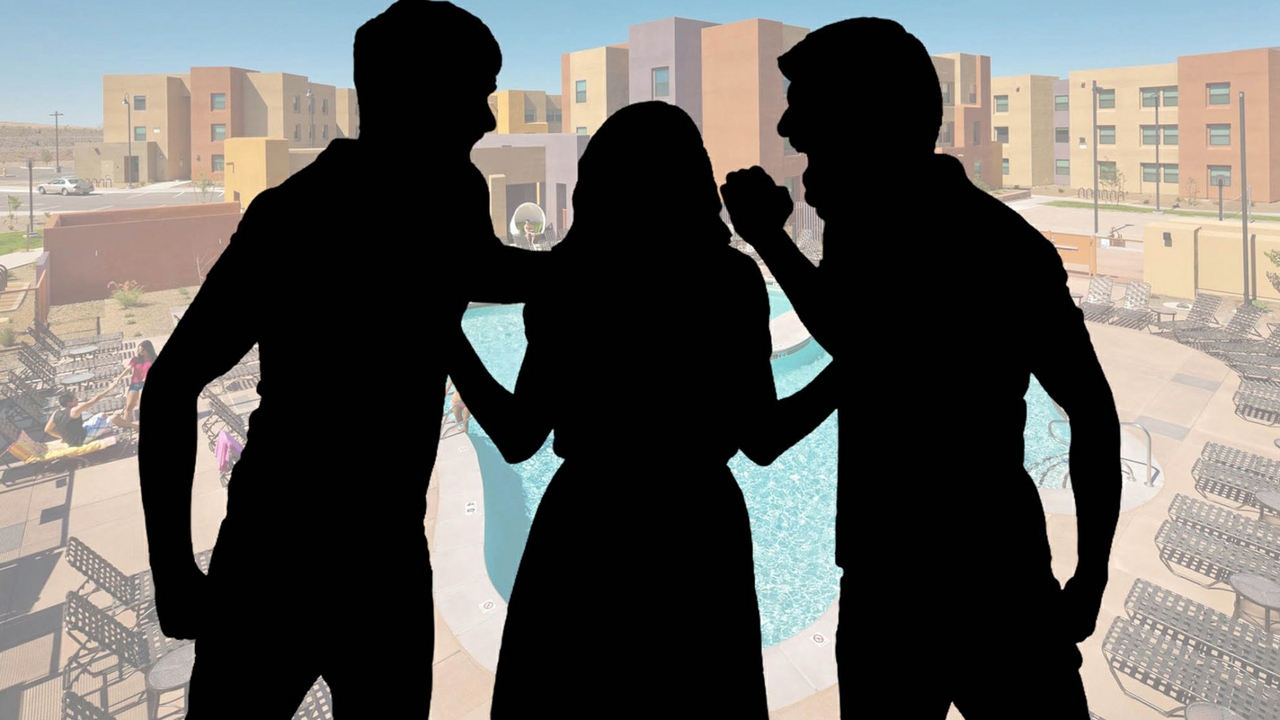 Showdown in Lobo Village, an original comedy created by the UNM Sitcom Boot Camp Class, will be presented for one night only Thursday, Feb. 27, at 7 p.m. at the Elizabeth Waters Center for Dance in the Carlisle Gym on the Central Campus. Admission is free.

The comedy was written under the supervision of Brian Levant. Levant graduated from UNM in the 1970s and went on to a career in film and TV, working on such hits as The Jeffersons, Happy Days, and The Spy Next Door, which was partly filmed in Albuquerque. He returned to UNM for the 2020 spring semester to teach the Sitcom Boot Camp course. This is the third annual version of the Sitcom Boot Camp, which Levant originated. He has been coming back to UNM since 1978 to contribute to helping students prepare for a career in the filmmaking and television industries.

The class culminates in the reading before a live audience.