Join UNM’s chapter of Sigma Xi for the Science and Society Distinguished Public talk on Thursday, Nov. 17 at 5:30 p.m. in the UNM Conference Center Auditorium as they present ‘Near Earth Object Research using the Magdalena Ridge Observatory 2.4-meter Telescope.’ 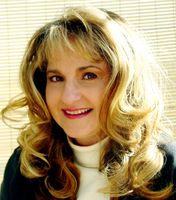 Ryan, who also serves as an adjunct faculty member at Tech, is the director of the Magdalena Ridge Observatory’s 2.4-meter Telescope. She is the principal investigator of a NASA grant to observe and study asteroids and comets that are in the near-Earth zone. Prior to joining NM Tech, Ryan was a tenured member of the Physics faculty at New Mexico Highlands University and a research scientist affiliated with the Planetary Science Institute in Tucson, AZ.

Her research includes theoretical and experimental studies of small body collisions in the solar system, microbe survivability during collisional events and telescopic observations of asteroids and comets. Asteroid (9542) ERYAN = 1983 TU1 has been named in her honor, and she has made several television appearances discussing her research, including appearing on the Discovery Channel program “Bad Universe” and the History Channel program “the Universe.”

Researchers at the Magdalena Ridge Observatory's 2.4-meter Telescope facility have obtained tracking and characterization data on thousands of potentially hazardous Near-Earth asteroids and comets, including several objects that came closer to the Earth than the moon. Critical to developing mitigation strategies to deal with this threat is to acquire and understand the physical properties of these bodies. Work to date will be discussed in context with NASA's plans for spacecraft missions that seek to enhance our understanding of how small bodies in our Solar System have shaped our past, present, and how they will impact our future.

There will be a meet and greet with Ryan at 5 p.m. in the UNM Conference Center Auditorium, located at 1634 University Blvd. NE.

Pizza will be provided after the lecture.

For directions to the UNM Conference Center, go to UNMCC.