The 2016 recipients of the Presidential Award of Distinction embody the University of New Mexico’s legacy of excellence and advancement.

Creating cutting-edge technology to combat cancer, leading research to further drug discovery, stimulating programs to boost college graduation rates and committing countless hours to community development – these are just a few of the items on the resumes of this year’s honorees.

UNM President Robert G. Frank will recognize Dr. Larry Sklar and Terry Laudick for their contributions to the University and community with the Presidential Award of Distinction in a ceremony during the university’s Fall Commencement on Friday, Dec. 16, at WisePies Arena (aka The Pit).

The Presidential Award of Distinction is one of the most prestigious recognitions bestowed by the University president. It was established to recognize outstanding career achievement, scholarly excellence, leadership in a profession, noteworthy public service or humanitarian endeavor. The award is an opportunity to acknowledge remarkable individuals, both on campus and throughout New Mexico. Each recipient is presented with a bronze medallion showing the UNM Presidential Seal on one side and a howling Lobo on the other.

“Their passion for supporting education and their dedication to making lives better is absolutely something to marvel at,” Frank said of the 2016 honorees. “They both have played a key part in elevating UNM to a higher level of institutional distinction.” 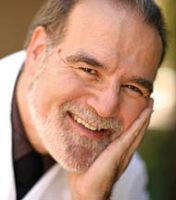 Dr. Larry Sklar
Sklar is a Regents’ and Distinguished Professor of Pathology who has more than 400 publications and numerous biotechnology patents to his name.

Many of those are associated with the HyperCyt, a high-throughput flow cytometry platform Dr. Sklar co-invented. The technology was critical to developing an overall screening system to rapidly survey small molecules. He is the co-founder of Intellicyt, an Albuquerque startup that has licensed the technology and sold more than 300 systems to leading pharmaceutical and research companies like the MD Anderson Cancer Center, GlaxoSmithKline and Pfizer.

He also disclosed inventions in the areas of signal transduction, cell adhesion and leukocyte biology.

Dr. Sklar and his team of researchers at the Center for Molecular Discovery have generated more than $50 million in research funding for discoveries of small molecules. In total, he has disclosed 61 inventions, received 36 UNM-affiliated U.S. patents, and was named UNM’s 53rd Annual Research Lecturer and the STC@UNM 2011 Innovation Fellow.

One of the characteristics that resonates with those who work with Dr. Sklar, is his ability to balance research, teaching and personal development.

“One of Dr. Sklar’s many leadership assets is his ability to build successful collaborations,” said Barbara Damron, secretary of the New Mexico Higher Education Department. “He always remains the patient teacher, the always curious scientist and the administrator whose moral compass is never compromised.” 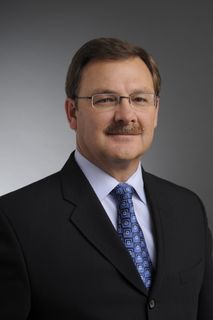 Terry Laudick
Laudick is currently the President/CEO of Nusenda Credit Union. He has served the credit union movement and cooperatives for more than 34 years with stints in his home state of Kansas, New York and Oklahoma, prior to moving to New Mexico in 1993.

During Laudick's tenure, Nusenda has returned more than $30 million to education, economic development and non-profit organizations in New Mexico, with more than $7 million in financial and in-kind support to UNM.

“He is one of those rare people whose legacy is well known before he has completed it,” said Albuquerque Mayor Richard J. Berry.

Laudick is an active proponent of the University and the city of Albuquerque. He currently serves as Chairman and Interim President of Innovate ABQ, which promotes entrepreneurship and innovation. He also led the charge on the development hub by contributing the first private investment to the project – $3 million from Nusenda.

In addition, Laudick also serves on the STC.UNM Board, the Business Advisory Council to College and Career High School, Living Cities Leadership Table, CNM Foundation and several credit union industry boards and committees at the national and local level.

He received a bachelor’s degree in journalism from St. Mary of the Plains College in Dodge City, Kan. In his spare time, he enjoys fly fishing and is interested in pursuing mountain biking. Married for 30 years, Laudick and his wife Lana are parents of three children, Janea, Zac and Lucas.