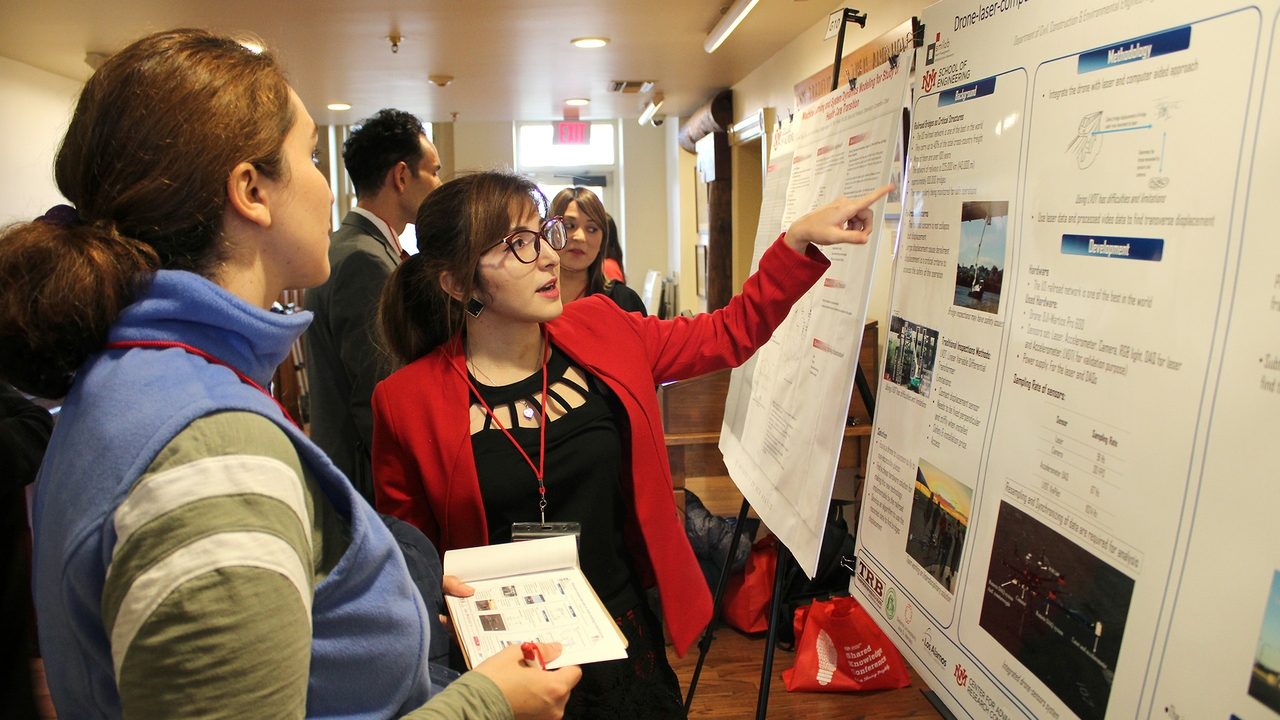 The project, which began in January of 2019, was funded by the National Academy of Sciences in the Transportation Research Board Rail SAFETY IDEA program and involved contributions from a variety of UNM students and faculty including her advisor, Assistant Professor Fernando Moreu, and coauthors Nicolas Cobo and Jorshua Diaz.

Nasimi wrote, “. . . throughout the project I presented my work to my project’s expert review panel members (ERP) and got their insights, feedback and guides to form the next steps of the project. My advisor, Dr. Moreu, was my main source and guide. Beside that, I’ve been working with students from [the Electrical and Computer Engineering] Department during tests that I conducted in their laboratory. I’ve been working with two electrical engineering interns last summer and other SMILab members helped me during the experiments. I thank everyone for their support and help.”

Moreu shared his thoughts on the project, writing, “The ASCE SHMC Committee engages the national and international researchers and practitioners in the broad fields of structural health monitoring and control and it is recognized as highly competitive. Roya worked together with Jorshua and Nicolas who had received a competitive Department of Energy Fellowship that brought them to work with us in CARC last summer. I believe it is worth recognizing that CARC and UNM supports multidisciplinary research like this one, which enables our students to be more creative in their research projects, build new experiments, try them out, obtain new results, which will have a higher impact in their respective careers.”

CARC resources were used to develop the algorithm for the drones. Nasimi reported, “My research has a major computer vision component which means [there is a] need for computational speed and capabilities. So far, I have been relying on CARC for my testbed algorithm development and testing.”

Nasimi further commented, “The recognition of [this] work by the leaders and SHM community made me honored. I really appreciate the excellence of the work of all the finalists [who] presented in the competition. Being second place motivates me to pursue my research with more dedication and conduct more interdisciplinary works.”