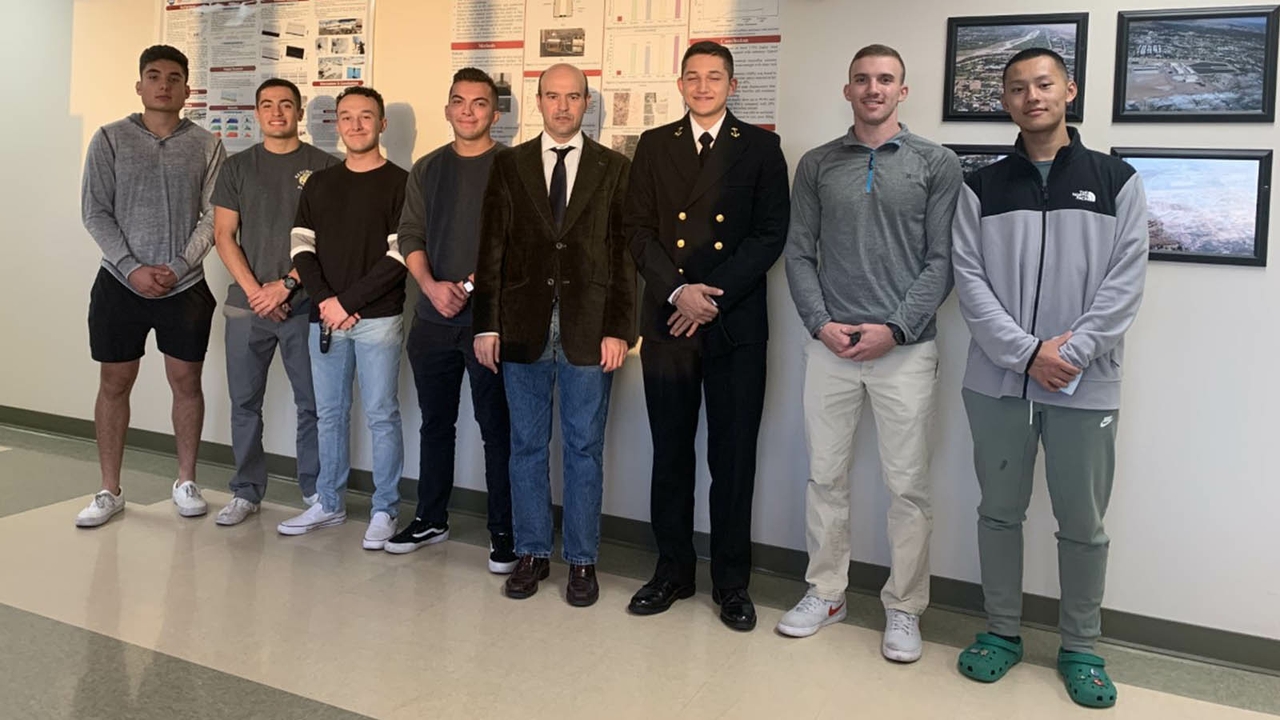 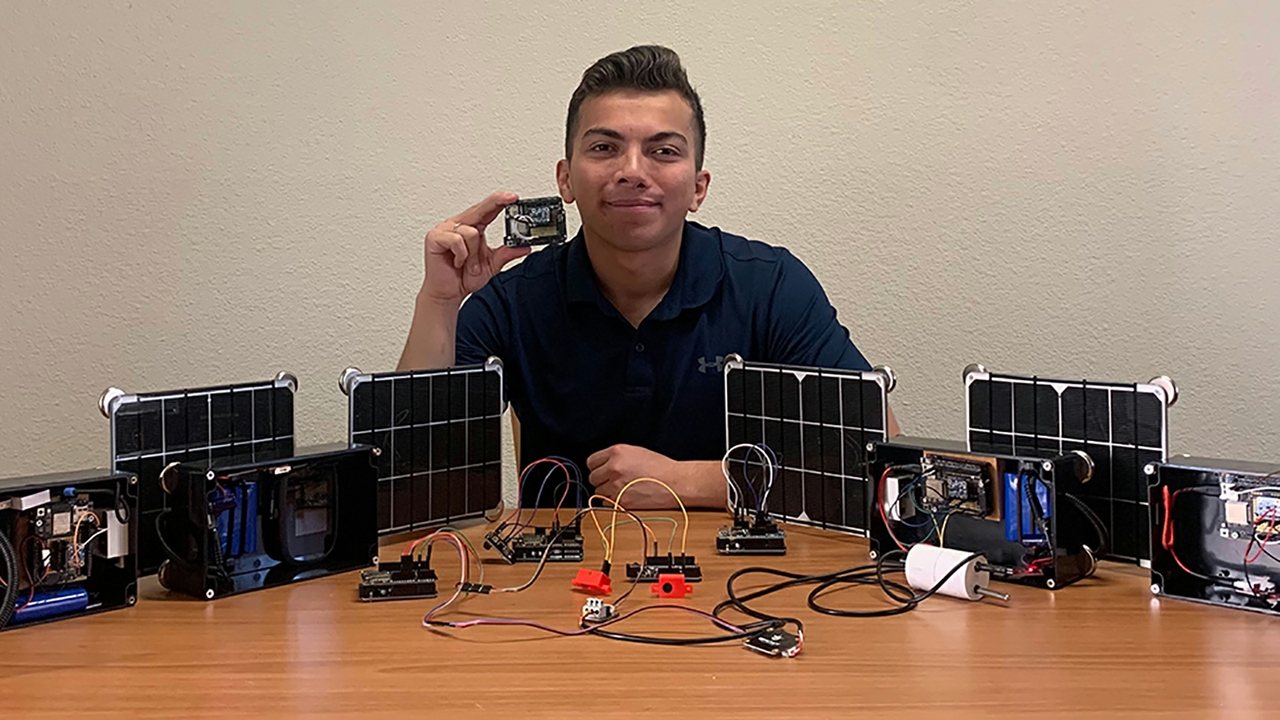 Joshua Murillo, a junior in the Department of Civil, Construction and Environmental Engineering, conducts research with sensors in the Smart Management of Infrastructure Laboratory, led by Fernando Moreu.

In the hopes of spreading cybersecurity knowledge throughout the United States military, the program teaches UNM ROTC undergraduates how to use wireless sensing devices and protect critical infrastructure from cyber-physical attack.

In May, an employee of Colonial Pipeline, a leading transporter of petroleum products within the U.S., uncovered a chilling message from hackers within the company's computer system. Cyber criminals had seized Colonial Pipeline’s private data and were demanding a $5 million ransom in exchange for the files’ safety. Thankfully, this story, as reported by CNBC’s Christina Wilke, did not end in catastrophe for the American public, but the incident represents an uncomfortably close brush with the potential consequences of cyber-physical attacks, Moreu pointed out.

Cyber-physical systems, including the “internet of things,” connect the physical world we live in—from cars to smartwatches to power grids—to digital control mechanisms. While incredibly useful and increasingly utilized, these systems can be vulnerable to cyber-attack when not adequately protected. What’s more, an attack on a cyber-physical system, unlike one on a traditional computer system, can result in real-world kinetic damage, he said.

To prevent these kinds of potentially devastating attacks on infrastructure, Moreu and colleagues are teaching America’s future military officers how to safeguard cyber-physical systems.

“This program was created with the intention to prepare [cadets]… at an early start, so that once they actually become officers, even if they don’t become cyberspace officers, they’ll still be able to train their [personnel] in that area,” Murillo said.

The innovative new program is open to all undergraduate UNM ROTC students and has included cadets involved in fields ranging from computer science to history to civil engineering. Trainees learn about encryption, electronic warfare tactics, the creation of cyber networks, and other skills necessary to ensure the security of cyber-physical systems.

As a part of their training, each cadet involved in the program has the opportunity to build their own Low-cost Efficient Wireless Intelligent Sensor (LEWIS). LEWIS sensors can be used to measure a wide variety of metrics relating to infrastructure including acceleration, air quality, strain, and water depth. The sensors give real-time wireless feedback to users, allowing remote monitoring of infrastructure. Cybersecurity students are allowed to keep the sensors they build for their future studies.

Murillo, who serves as Graduate Student Mentor for the program, has personally created 21 different LEWIS sensors over the past year and a half. On September 14, 2021, one of his sensors was flown up to an altitude of 120,000 ft on the High Altitude Student Platform (HASP), a yearly flight mission intended to give students an opportunity to test scientific instruments they’ve designed and created.

Moreu explained the value of teaching ROTC cadets to build their own LEWIS sensors: “The pedagogical secret of LEWIS is that those who build them, like what they did. After 20 minutes, you have in front of you a sensor you made with your bare hands that collects data that you see in front of your eyes. Building a LEWIS1 (our first generation has not been changed, and we keep it for first learners) enables the student to break any assumption, for example, [that] only engineers can build interesting things. Also, when the learner sees the data in front of their eyes, protecting the authenticity of that data becomes a mission that is tangible.”

“I would say that the number one benefit for the cadets is that we are stimulating their critical thinking about problems that are relevant to cybersecurity. This critical thinking is going to make them leaders of tomorrow,” Sorrentino remarked. 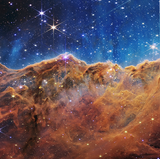