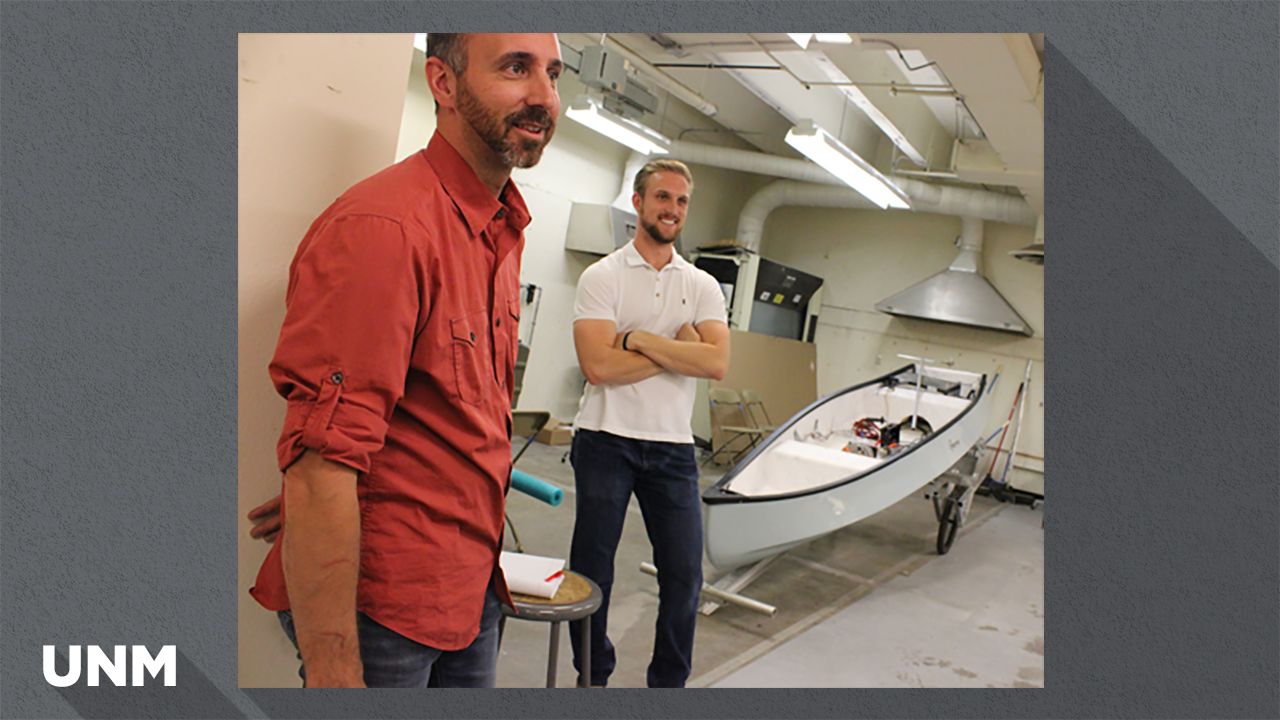 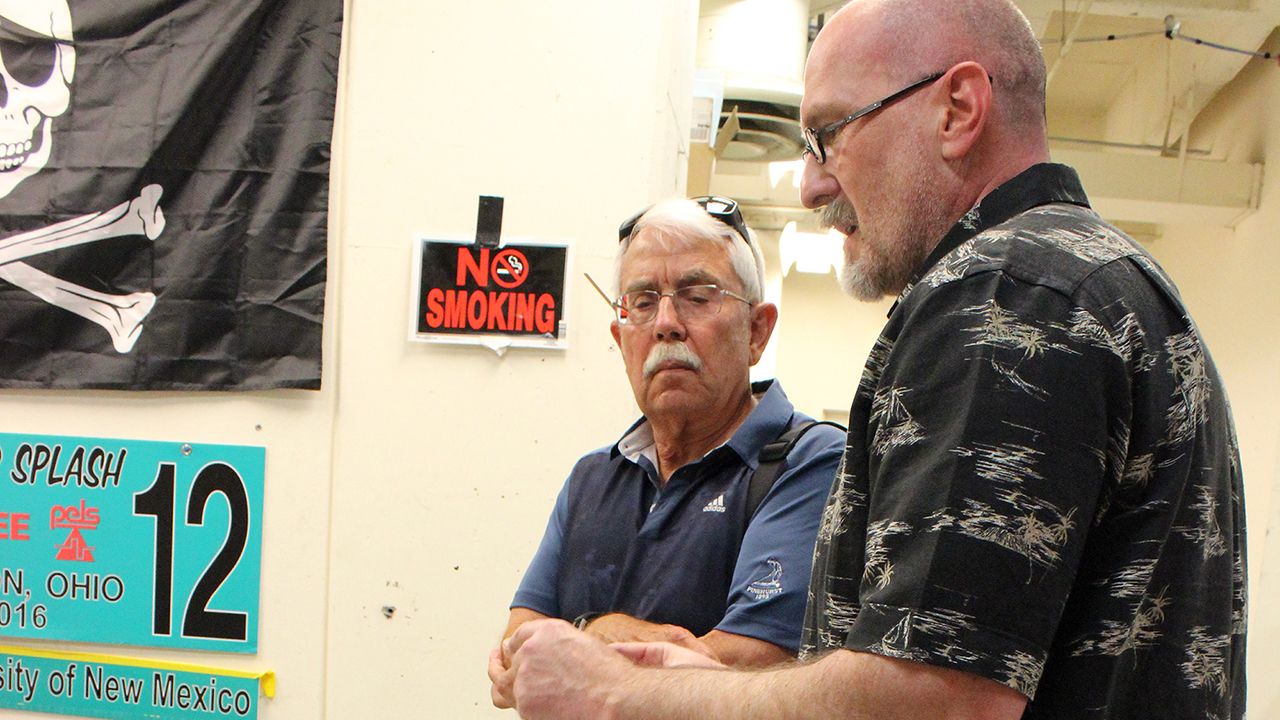 The University of New Mexico competed for the first time last year in the Solar Splash boat competition. The rookie team was proud of their results — fourth overall, second place in slalom, highest-scoring rookie team — but it being their first year, they knew improvements would need to be made.

Now, with a year of experience under their belts, the team has made some big changes and is hoping this results in a better performance at competition.

The team will compete in the national competition June 7-11 in Springfield, Ohio.

“We looked at everything from last year’s team in a design problems course last semester lead by Dr. [Peter] Vorobieff,” said team leader Michael Anselmi, who just received a bachelor’s degree in mechanical engineering. “We mainly focused on improving the hull design and looked at the cost, weight, stability, and fluid analysis.”

From their research, they identified boats within their price range that they felt would improve their performance this year and chose a 13-foot Gheenoe manufactured in Titusville, Florida.

The boat, which was driven here from Florida and arrived just after spring break, is a fraction of the weight of last year’s boat, a foot shorter and more fluid dynamic, as it is made of fiberglass instead of aluminum.

“It cuts through the water better than last year’s boat,” Anselmi said. “Plus, it has a flat bottom toward the transom, which assists with the stability of the craft and increases its ability to maneuver.”

The team also did something counterintuitive to the boat that they hope will help improve its performance.

“We cut the keel out of the hull from about mid-ship to the transom then filled it in with fiberglass to not only assist the boat in planing when it reaches speed, but it created a level surface to mount all of our drive train components to,” Anselmi said.

Daniel Taylor, co-team lead and a master’s student in mechanical engineering, said he is hopeful that improved solar cells will have a big impact. The team was able to purchase highly-efficient solar cells from SolAero Technologies in Albuquerque.

“Last year’s cells were about 15-18% efficient, and year’s are 28-32% efficient, which will make a major difference in not just performance, but in the number of cells needed to power the boat,” Taylor said. “Fewer cells will cut down on the weight of the total array as well.”

Last year’s boat was around 500 pounds total, and so far, Anselmi said this year’s boat is around 375.

Anselmi and Taylor said a lot of materials and expertise were provided by Steve Taylor of Taylor Marine. Some of the work on the boat was done at his workshop. His expertise is what led the team to make a lot of the changes to the hull for improved efficiency.

“We’re a small group, and we’d like to keep it small, because everyone is passionate and wants to put in the work,” Taylor said.

The team was able to raise enough money for supplies and travel this year, but they would like to be able to continue fund-raising to pass along not just knowledge, but funds, to next year’s team.

Although the team found the bureaucracy and delays of planning a project of this magnitude a challenge, it gave them good experience in the real world.

“We’re in the infancy of this program, but I think we’ve learned a lot about not just making the boat, but how to get things done at a university, which will be transferrable to industry as well,” Anselmi said.

Also, they would like to make the design problems course a two-semester course instead of just one, Taylor said.

The team went with a Vikings theme this year when naming the boat. It is named Solulfur, which is Old Norse for “Sun Wolf.”

To learn more about the UNM Solar Splash team, go to http://unmsolarsplash.com To donate, go to https://www.unmfund.org/fund/solar-splash/