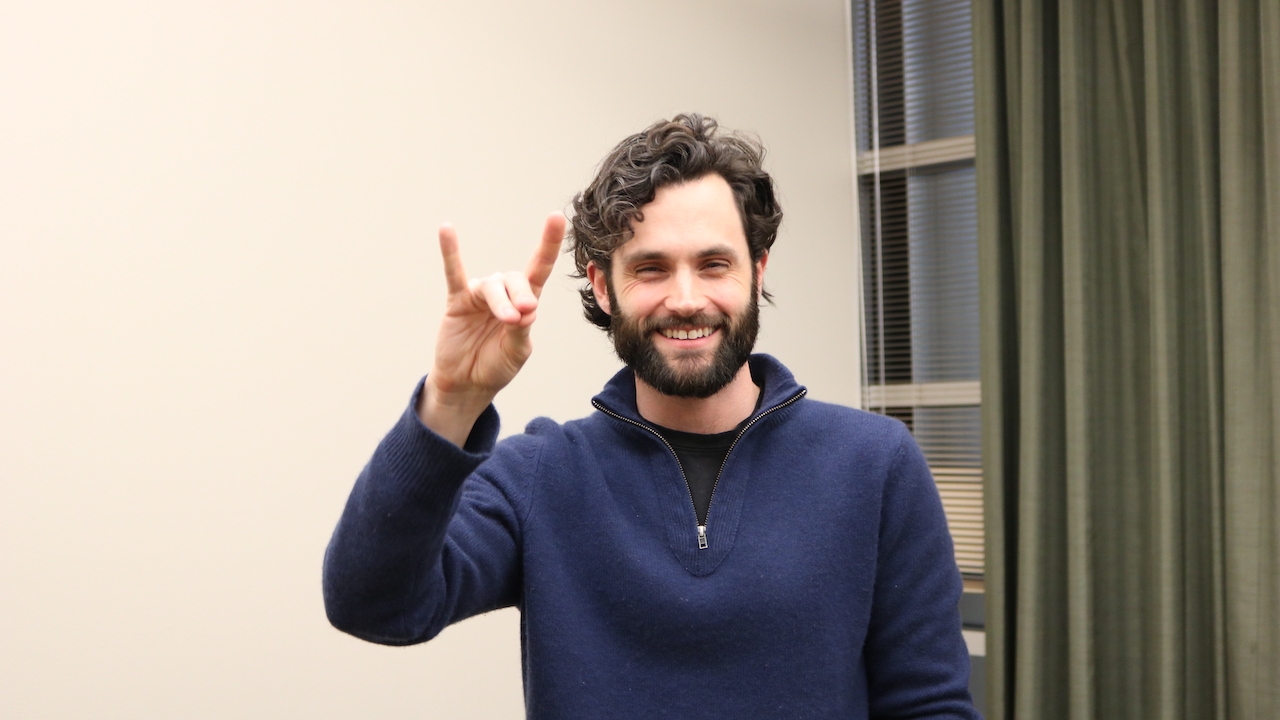 Everyone's a Lobo, even Penn Badgley 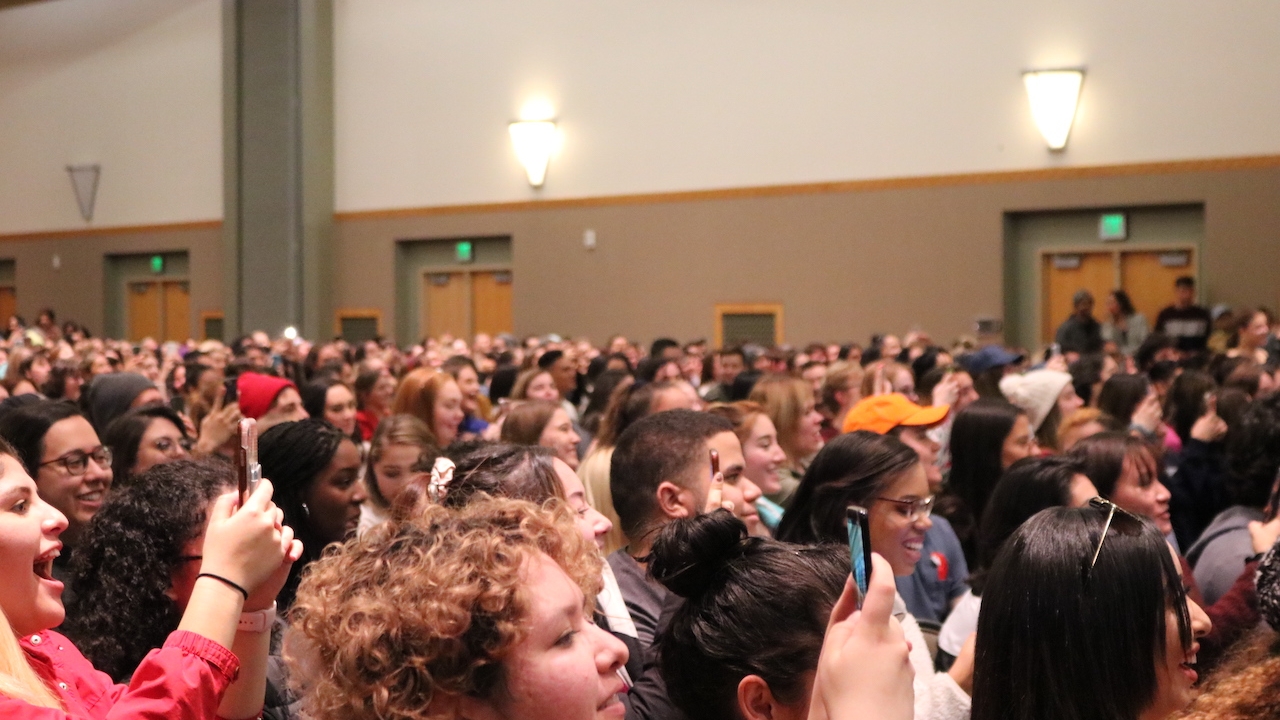 SUB staff said some students began lining up to see Badgley as early at 3 p.m. 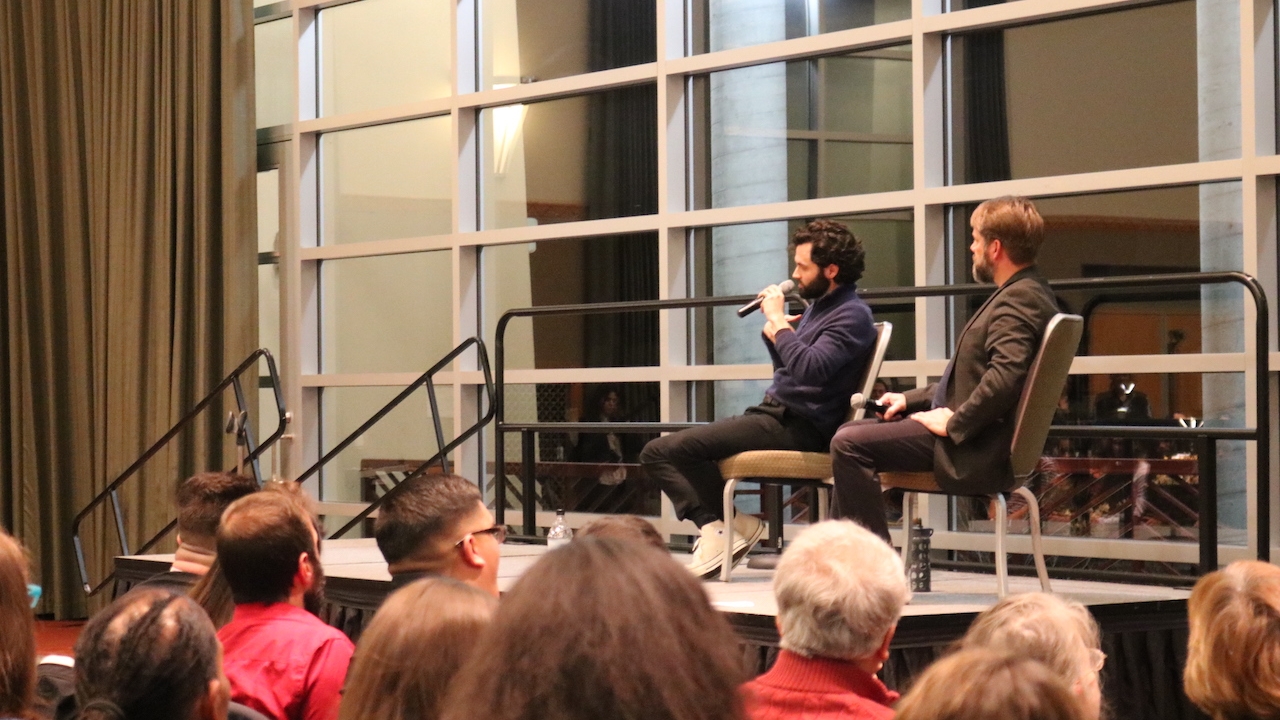 “Service and Self-Discovery: An Evening with Penn Badgley”

Badgley talked about his life’s journey and his relationship with the Baha’i religion.

Actor talks about faith, service and self-discovery in front of crowd of 900
January 23, 2020

Badgley, known for his break-out role in CW’s “Gossip Girl" and his most current role in the Netflix Series “You,” spoke in front of more than 900 people about faith, service and self-discovery.

Organizers, UNM’s Baha’i Association, said it was surprised how many people attended in such short notice. In less than 24 hours the number of people planning to attend doubled in size.

Badgley talked about his life’s journey and his relationship with the Baha’i religion. He capped off the night with a Q&A session.

Badgley’s career ignited when he starred as Dan Humphrey in the CW’s teen-drama series “Gossip Girl.” Badgley portrayed an outsider, nicknamed “Lonely Boy,” who is trying to navigate within the social lives of the Manhattan Elite. Badgley acted alongside Blake Lively and Leighton Meester. More recently, Badgley stars as Joe Goldberg in the Netflix thriller-series “You.” In the series, Badgley plays a serial killer and bookstore manager who has the tendency to develop toxic and delusional obsessions.

“Penn Badgley has been one of my favorite actors since I saw him on 'Gossip Girl,'” Freshman Suha Mus said. “It’s super exciting to kick off the semester with him on campus.”

Badgley said Wednesday’s event at UNM initiated as a favor for a friend. He said they never imagined more than 100 people interested in attending the event. However, students began lining up to see Badgley as early at 3 p.m.

“Part of what I want to do is ask questions of the crowd, and those who feel inspired to come forward to respond; I want it to be an authentically derived conversation,” he said.

Badgley said he’s been part of the entertainment industry since he was 12 years old. Because of the lifestyle, he explained it’s part of what led him to the Baha’i religion.

Baha’i is the world’s youngest, independent religion and one of the fastest growing faiths. The religion teaches the worthiness of all religions or world peace, and  focuses on oneness with humanity. Badgley said being part of the Baha’i faith means service to the community and friendship.

“I’m transparent about my inspiration here. We share this profound reverence for the resource that is the Baha’i teachings as a framework to apply to our lives,” he said. “If anyone is interested in that same framework, that’s lovely. More broadly, if there is literally one person who could simply be encouraged to do something service oriented, I think that would be the takeaway.”

During the Q&A session, Badgley revealed various secrets including how he initially rejected both roles in “Gossip Girl” and “You.” He also discussed his relationship with the characters he’s played and explained how the characters are often very similar.

Badgley ended the night by throwing-up the Lobo signature and posing for photographs. In response to New Mexico's official state question - Red or Green - Badgley said, "Christmas" is the way to go.