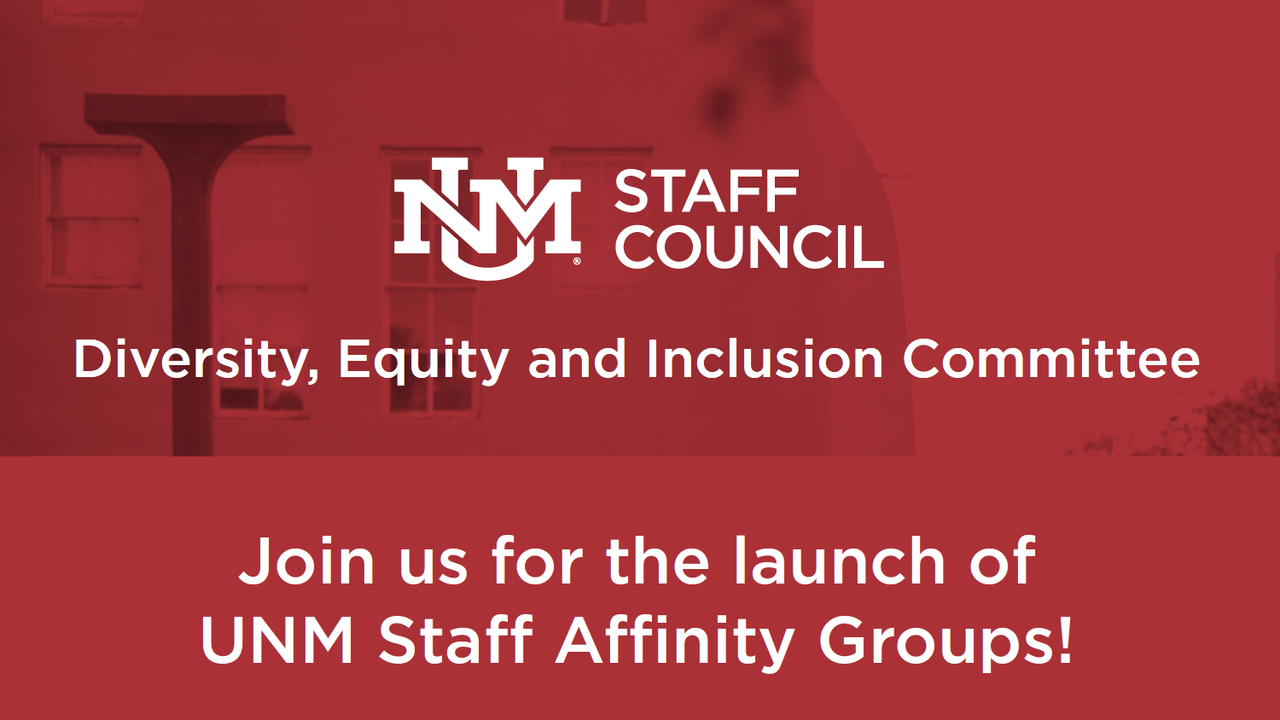 UNM Staff Council is exploring new ways for staff to network and share interests. It is launching UNM Staff Affinity Groups to help build social and professional networks that promote inclusion, mentorship and success for staff, and aid in recruitment and retention of individuals from underrepresented groups.

The groups contribute to a positive and supportive campus climate and work environment, and connections across campus and with local communities. All UNM staff are eligible to participate, including those on branch campuses.

UNM Staff Affinity Groups are administered by the Staff Council Diversity, Equity, and Inclusion Committee. The model is based on existing groups at other universities and are typically led and participated in by employees who share a characteristic, such as gender, ethnicity, race, religious affiliation, lifestyle or interest. At the inception of the idea, Staff Council reached out to other universities to gather details of existing affinity groups to inform the ones at UNM.

There will be orientation meetings for those who sign up as group leaders to set up expectations and guide the process of developing a charter. Then it will be up to group members to develop the level of involvement and activities. Based on information gathered from other universities, it is expected that group activities and involvement will vary widely according to membership.

The initial suggested groups are below and the ones with at least five individuals signed up will move forward. Requests for other groups will be considered by Staff Council after the initial launch. Click here to sign up for an Affinity Group. Questions can be sent to scaffinaty@unm.edu. 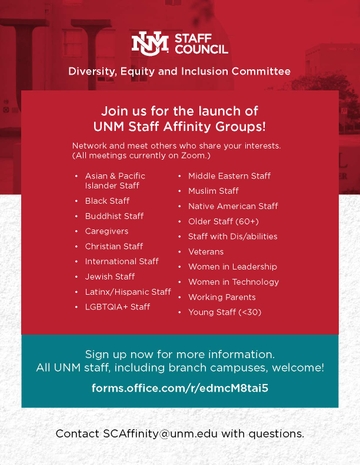