By Susan McKinsey August 25, 2014
Categories: Inside UNM Government Relations
The Legislative Finance Committee is meeting jointly with the Legislative Education Study Committee at Highlands University in Las Vegas regarding the latest consensus revenue projections from the state’s financial gurus.
The news they heard today is good, with $285 million in new recurring funds projected for FY16, according to Department of Finance and Administration (DFA) Secretary Tom Clifford. He noted recovery beginning in both construction and services sectors and a return to normal job growth, as well as the continued boom in oil and gas. The General Fund may close in on the 2008 revenue peak by the end of this year, with what he calls sustainable growth just short of 4 percent. He also projected $253 million will be available to legislators for new capital projects.
In addition, state reserves are in the 10 percent range, which is a comfort as there are significant risks that could darken this rosy revenue picture. The oil and gas sector is notoriously volatile, where a 10-cent change in price translates to a $9 million change in the General Fund. A lawsuit dealing with local gross receipts tax distribution that holds local government harmless while the General Fund bears the risk has everyone concerned. There are also ongoing lawsuits dealing with tribal gaming revenue sharing and tobacco settlement funds.
Legislators’ delight with the positive revenue projections dimmed because of their concerns about potential liabilities, especially since no one has a real answer as to how much these liabilities could or would erode recurring revenues.
Sen. John Arthur Smith (D-Deming) reminded legislators that a lot of work still needs to be done to shore up the lottery scholarship fund, especially in the face of declining lottery revenues.
The detailed revenue projection report will be posted on the Office of Government and Community Relations website by mid-week.
Tags: Legislative Finance Committee revenue projections 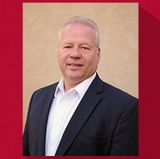