The University of New Mexico Art Museum has named Mary Statzer as its new curator of prints and photographs.

Statzer has more than 20 years of experience in the field of art, working with artists and in museums, as well as teaching at the college level. She has expertise in printmaking and in the history of photography, particularly 20th-century and contemporary photographs and prints.

“Mary Statzer brings a unique skill set to the University of New Mexico Art Museum during a pivotal period in our museum’s history,” said Arif Khan, director of the UNM Art Museum. “Her focus on 20th-century photography and photographers, combined with her expertise as a collaborative printmaker, has positioned her to work with one of the finest photography and print collections in the country. These experiences will provide a fresh interpretation for a new generation of museum visitors.” 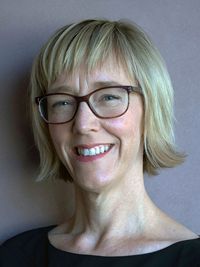 Mary Statzer was named new curator of prints and photographs at the UNM Art Museum.

For seven years, she was curatorial assistant for the departments of Latin American and Modern and Contemporary Art at Phoenix Art Museum. She also served as a founding board member and education chair of InFocus, a volunteer group that provides financial support for photography exhibitions, publications and programs for the Phoenix Art Museum.

Statzer has been a guest lecturer at museums and galleries and has written articles for Aperture magazine. In 2016, the University of California Press released the book she edited titled, “The Photographic Object” 1970.

“I am really excited to join Arif Khan and the expert team at The University of New Mexico Art Museum,” said Statzer. “Knowing the history and legacy of what UNM has contributed to the fields of photography and printmaking, it is both a thrill and an honor to be selected as its newest staff member. I look forward to working with the museum’s stellar collections as well as getting to know and serve the community.”

Statzer holds a BFA in studio art from Illinois State University and an MFA in printmaking from Arizona State University. In 2015, she earned her Ph.D. in the History and Theory of Art from University of Arizona, specializing in photo history and museum history.