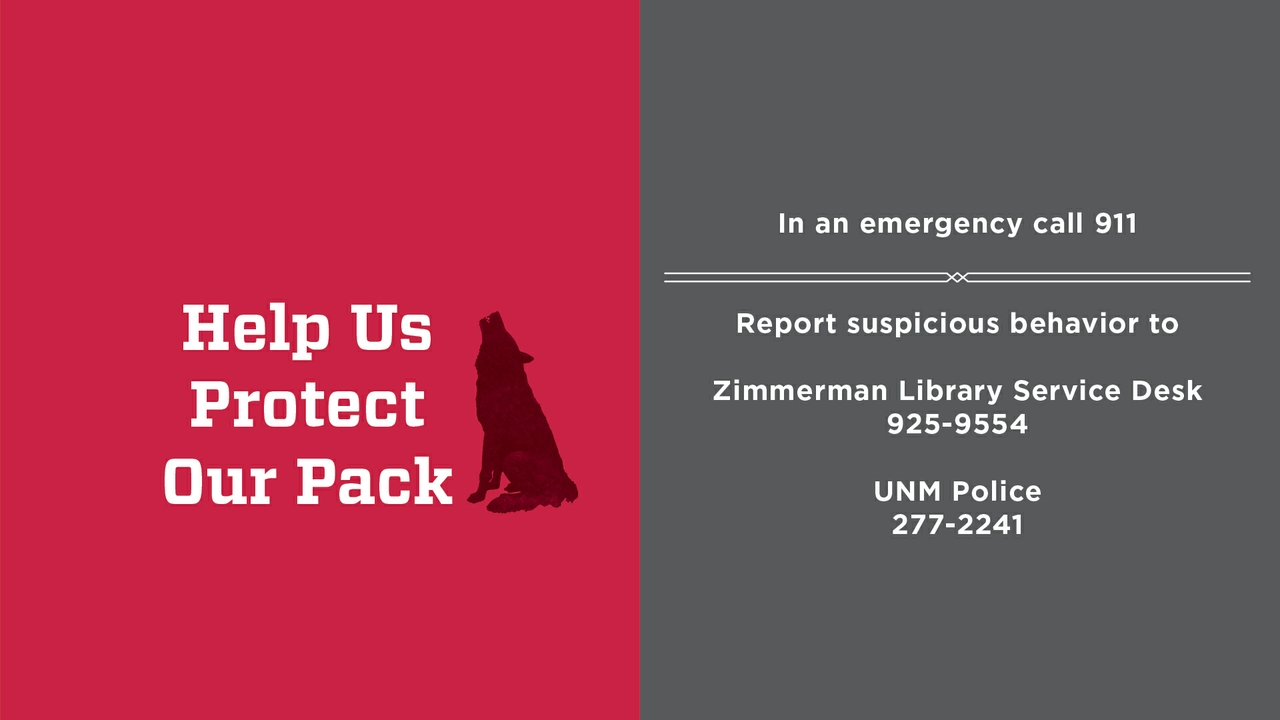 University Libraries are reminding the campus community to remain watchful, particularly when out late studying during library extended hours – which start later this week.

“Although we are an urban campus and open to the community, people must still adhere to the guidelines and safety policies laid forth by The University outlining appropriate behavior,” said Cindy Pierard, Director of Access Services for College of University Libraries and Learning Sciences.

Although the library has dedicated security guards already patrolling the stacks, additional safety measures are being implemented by library staff. These include ordering more security cameras in high traffic areas, adding additional security guards and collaborating with UNM Police on stationing undercover police officers in Zimmerman. Library staff recognize the importance that students have placed on campus safety and intend to do all they can to make sure library spaces are safe for all who use them.  Working closely with UNM PD and other campus departments on safety issues is a high priority.

But campus police say they need the community’s help. Unless there is a police report, there isn’t a whole lot officers can do to follow up on leads. The community is urged to call campus police or report problems to library service desk staff if there is a person who makes you uncomfortable.

UNMPD met with library staff at Zimmerman Library recently to brainstorm how to strengthen communications internally, and also with the contracted security guards who work at the libraries. In addition, University Libraries and UNMPD are partnering on an awareness campaign including signage and social media posts, reminding people that they are the first line of defense and it is important to be alert to their surroundings.

In addition to encouraging the community to file a police report on suspicious behavior, campus police have a number of other tools to help address public safety concerns. These include:

More about each of these can be found on the UNM Police website.

In addition, the UNM Campus Safety website offers links to the Lobo Guardian app and other university alert messaging, along with other training and preparedness options.