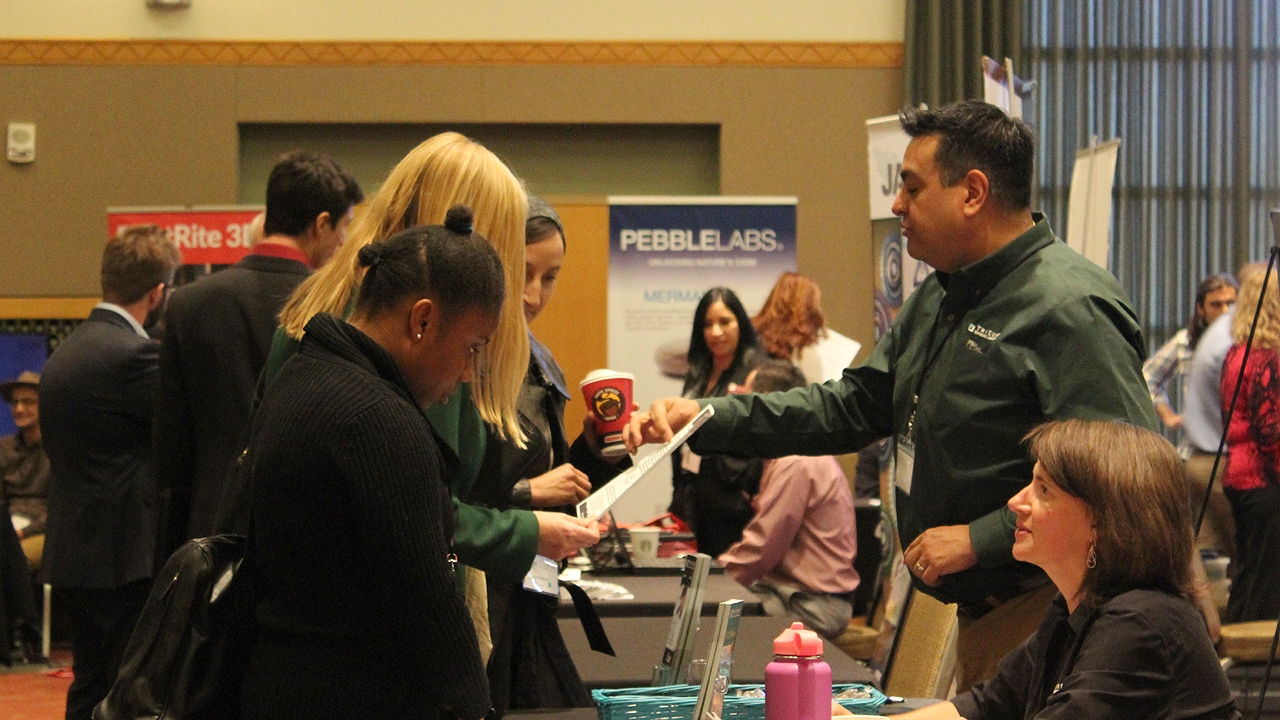 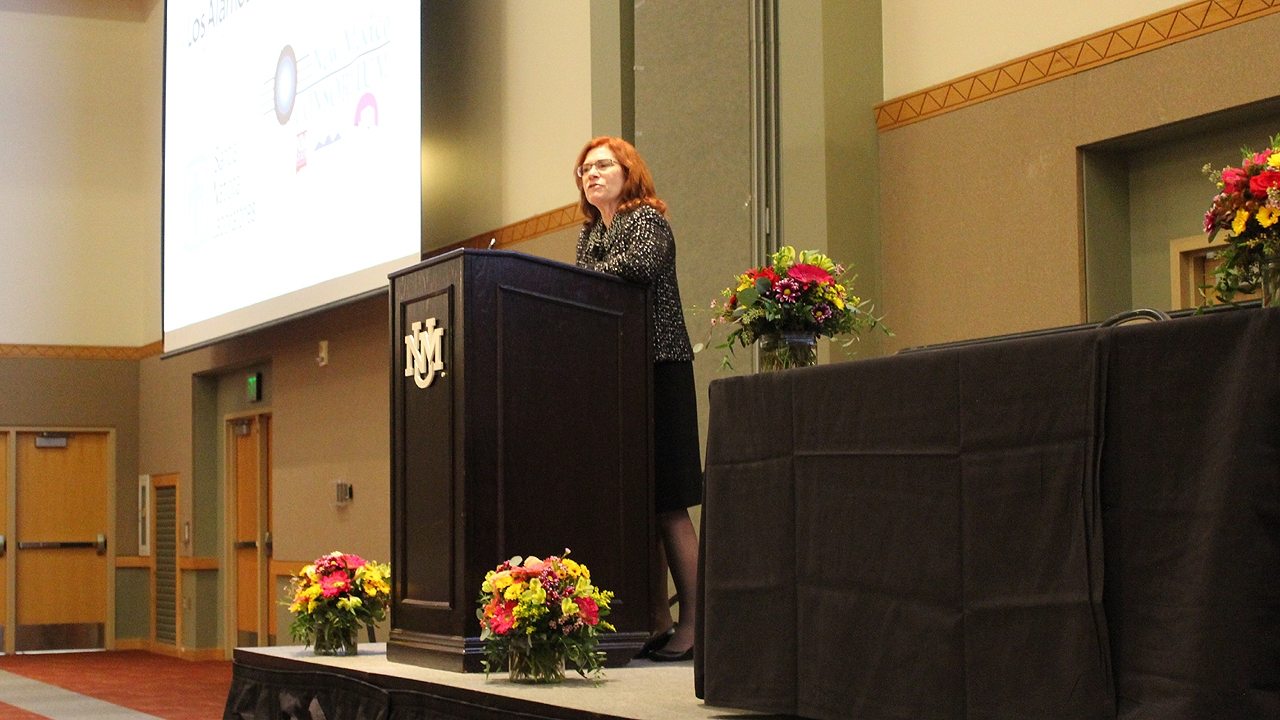 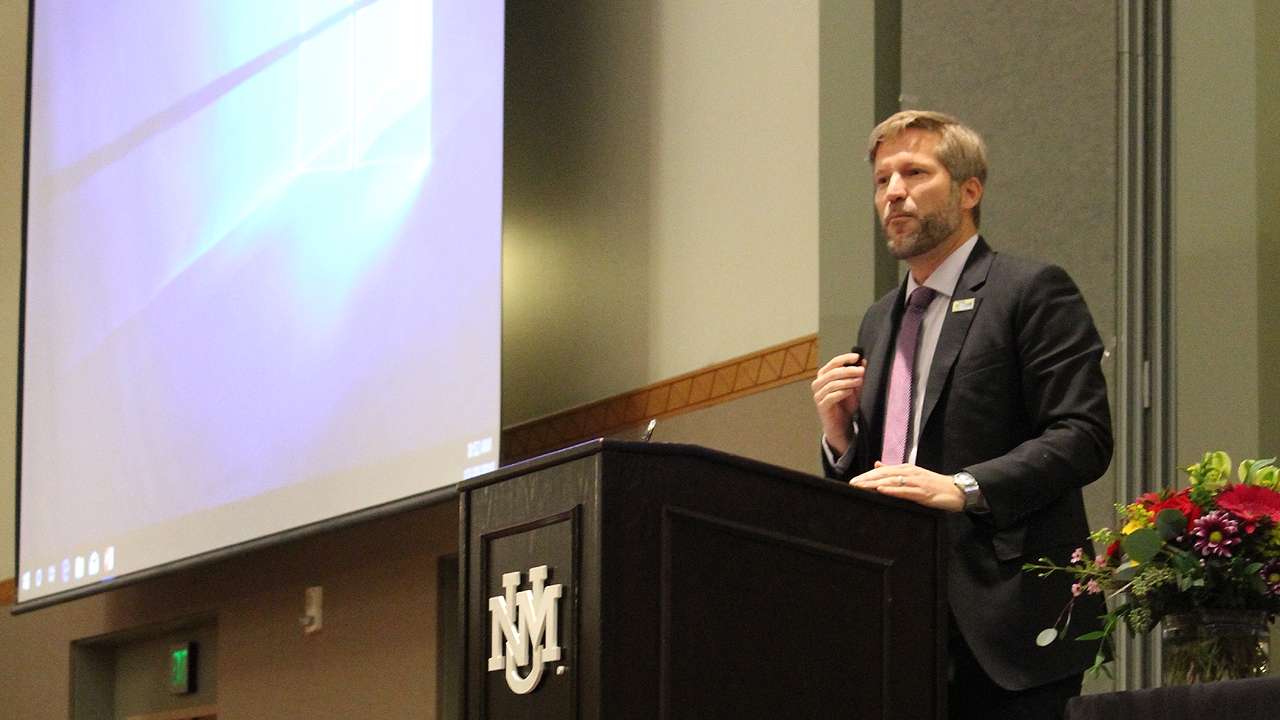 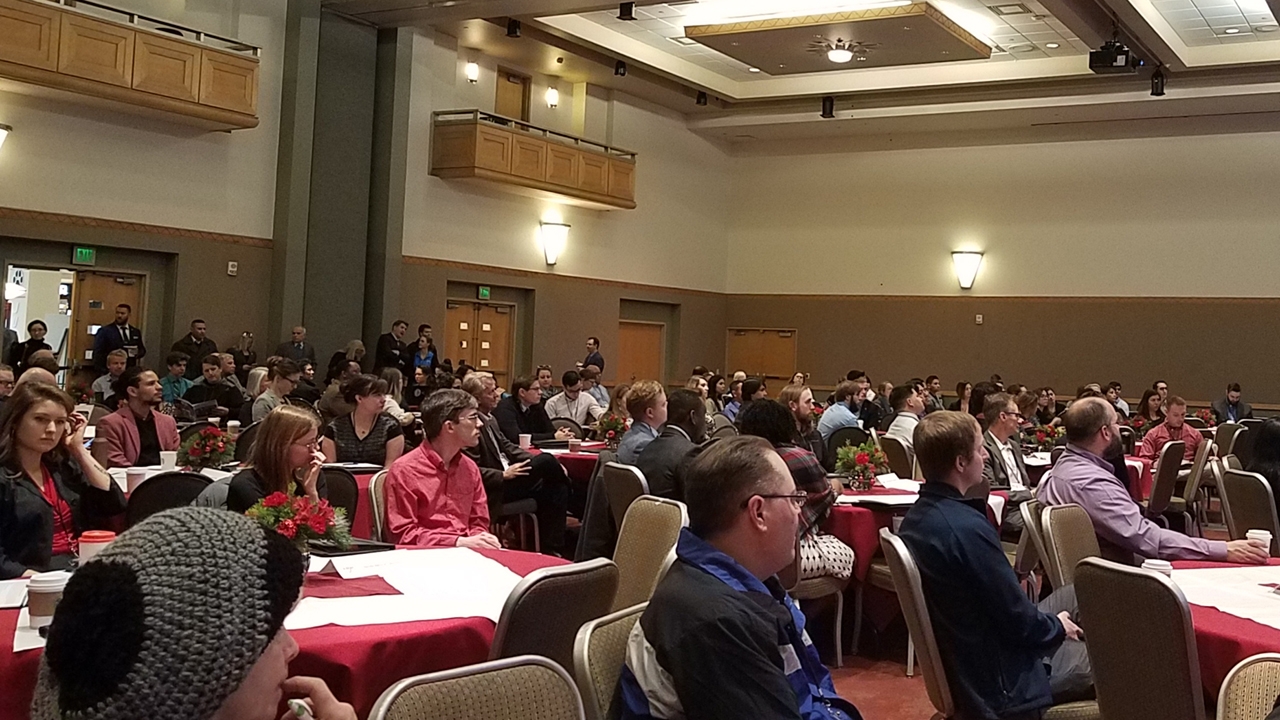 For the second year in a row, business, academic and economic development and government leaders from the city, state and region came together at The University of New Mexico to meet with recent highly-trained STEM professionals who are in and out of New Mexico.

The event, STEM Boomerang, was held in UNM’s Student Union Building with well over 200 in attendance. The purpose of the “high-tech” job fair is to connect the dots between the many highly paid job opportunities that exist in New Mexico in the STEM fields of science, technology, engineering, mathematics and other technical areas, as well as graduates from New Mexico who may believe that the state has little to offer its STEM professionals.

“This (event) really benefits UNM as an opportunity to bring back people who want to return to New Mexico,” said UNM President Garnett Stokes who provided a welcome to the audience.  “They (STEM Boomerangers) enrich our community and provide ways for our current students to identify with successful people here in Albuquerque.”

Coordinated by former UNM Professor Maggie Werner-Washburne, the event featured several workshops including “Aspects of Millennials in the Workforce,” “State Economic Development ‘Vision and Opportunity,’” and “Starting Your Own Business,” while Steve McKee, president of McKee Wallwork + Company (MWC), gave a presentation titled “Creative Disruption” during the opening session.

Albuquerque Mayor Tim Keller and First Lady Liz Kristin Keller were also part of the event providing comments to encourage those considering a return to “The Duke City.”

“Get in now because Albuquerque is growing,” said Mayor Keller. “We are out of the recession. Our growth has doubled from last year and right now it’s a job seekers market, which means if you’re a person looking for a job, you are in much higher demand. You can negotiate all sorts of great offers and make an impact faster.”

“The University plays a really critical role in educating and retaining students here by preparing them for the workforce,” added Stokes. “Many people have said to me that UNM really needs to be a part of dealing with this issue of the brain drain in New Mexico. We have a responsibility at UNM to really track our alumni so that if they leave, and many of them will leave to go elsewhere, to keep track of them and provide opportunities for them to come back.”

“STEM Boomerang is a fascinating event,” said Mayor Keller. “If you’re not living here, Albuquerque can be a little bit hard to identify some specific fast growing high tech because we’re a smaller media market so this really pairs people who are interested in coming back with those job opportunities directly who are in the same room. It’s like a targeted job fair, but designed over the holidays because people are back in town to see their families.”

“The eventual goal is to have STEM Boomerang events and webinars throughout the year and make finding and building a career in STEM in New Mexico a great experience from start to finish,” said Werner-Washburne.