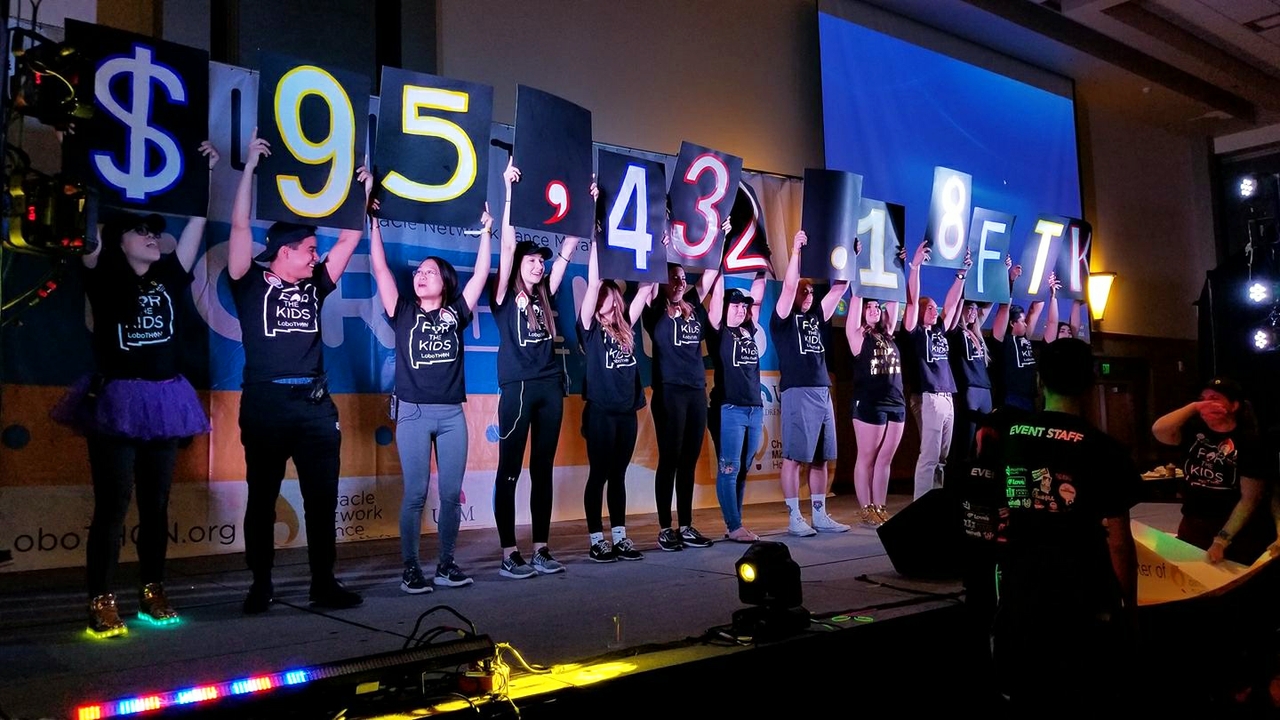 Dancing saves lives is their motto and after this weekend, they might just be right. That’s because the dance marathon known as LoboTHON, raised more than $95,000 for UNM’s Children’s Hospital.

It its fifth year, the annual event sponsored by a student group at UNM showed the community they could bust a move and a goal. LoboTHON surpassed its fundraising goal of $66,000 for the 66,000 children treated annually at UNM Children's Hospital.

“LoboTHON's mission of redefining possibilities ‘For the Kids’ was met and will continue to be pursued in the coming years,” said Aaron Ochoa, executive director of the LoboTHON student group. “LoboTHON expresses great gratitude to hundreds of college students who joined the movement, to donors, as well as to our sponsors for their participation and contribution this year.”

The purpose of LoboTHON is to raise money as well as awareness for the UNM Children's Hospital. The student group fundraises throughout the year, with the final event being a 13.1-hour dance marathon.

After the grove has left their bodies, the participants keep pace by standing the entire time. One student referred to the experience as standing in solidarity with the children who are tired and give all their strength to get through cancer treatments.

The LoboTHON student group will receive the total donation number from faculty and staff later this week, as well as the total number of donors. The winner of the UNM Faculty/Staff raffle for a Massage Envy gift card will be announced.