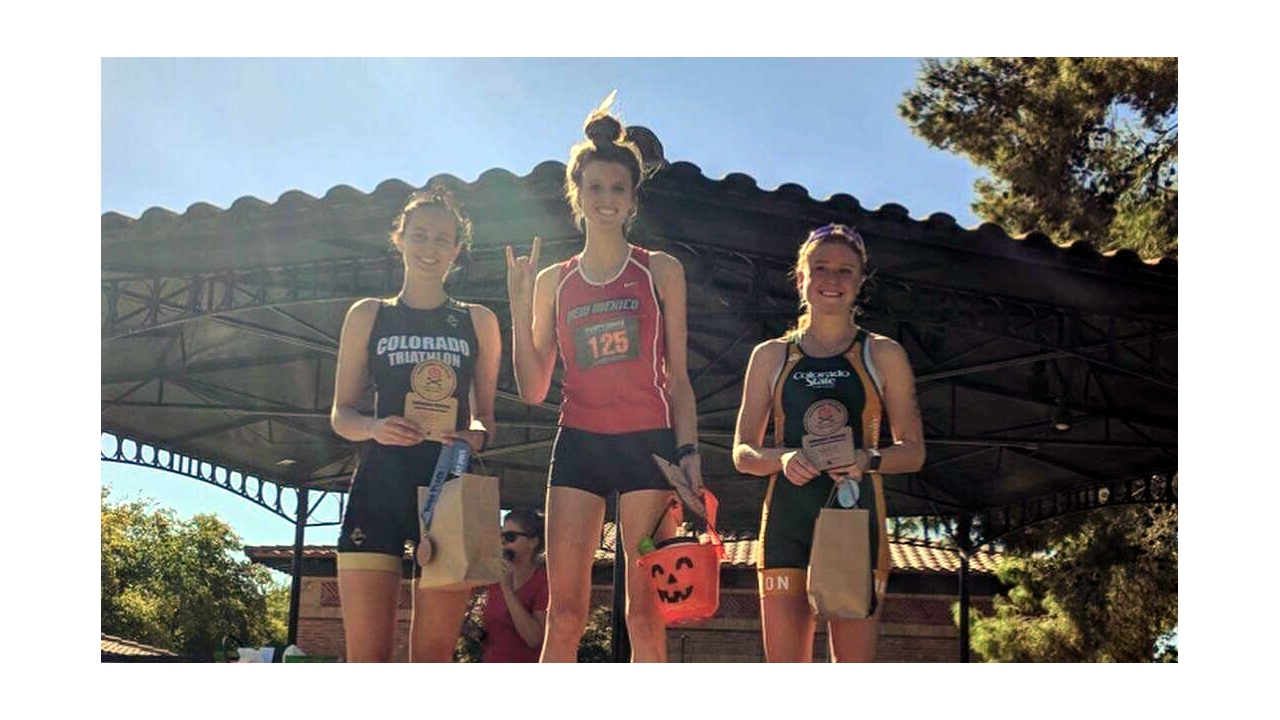 Student puts UNM on the map in the triathlon community

Summer Shepherd is making a name for herself in the triathlon community.

Shepherd, who is currently pursuing a Master’s of Science in Nursing, competed in Pumpkinman Triathlon in Boulder City, Nev. winning first place in the Collegiate Division qualifying her to represent UNM at the USA Triathlon National Collegiate Championship.

Shepherd is enthusiastic about the opportunity saying, “After a solid race at Mountain Conference Championships I've got my sights set on USA Triathlon Collegiate National Championships in April, and I am so excited to be representing UNM at the race.”

Additionally, Shepherd recently re-established the Triathlon Club. The club is open to all students, undergraduate or graduate.

“I started the UNM Triathlon Club this year to give undergraduate and graduate students an opportunity to train and race together, and to have comradery and support in this intense endurance sport,” said Shepherd.

Every year, students have the opportunity to take Introduction of Triathlon Training course through the Physical Education Program. For Spring 2019, the course will be offered on Mondays and Wednesdays from 11 to 11:50 a.m.