University of New Mexico students come in all shapes, colors and ages, creating a culture of contrast that extends far beyond the classroom. Tracy Morrison is one fiber that makes up the blanket of the student body; and according to the 40-year-old mother of two, you’re never too old to finish your degree.

“If you had told me 10 years ago I’d be graduating with a bachelors I’d have said ‘no way, I’m a mom,’” said Morrison. “My daughter wasn’t even born yet and my son was two.”

Morrison is the definition of a non-traditional student: a mother, returning to school in her thirties, while still working two part-time jobs to support her family.

“My goal was to be done by the time I hit 40, I turned 40 a week and a half ago and I’m graduating next week.”
- Tracy Morrison

Morrison while at college in the 90s (top) & now (bottom)

She started college in Texas immediately after high school in 1995, intent on becoming a teacher. Along the way she did a stint in San Diego, where she fell in love; and she followed her boyfriend to Albuquerque, continuing her education at the University of New Mexico. But her junior year, she and her boyfriend broke up.

“That semester was so awful I failed all my classes,” She said. “I never even checked my grades.”

Without finishing her classes, she dropped out of UNM, packed up and went home.

Around that time, Morrison’s good friend convinced her to go to beauty school. She excelled and went on to be a hair stylist, a career she enjoyed for 17 years. 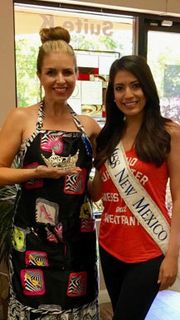 After dropping out of college, Morrison became a hair stylist and continued that career for 17 years.

Along the way, a lot changed for her: she got married, gave birth to two children and relocated from California back to New Mexico. When her husband’s job landed the family in Albuquerque, Morrison realized she was at a crossroads and she felt like there was a piece of her past that was left undone and incomplete.

“I love doing hair, don’t get me wrong, it’s been a great career,” She said. “But I kind of had an itching to do something else. So, I decided to go back to school.”

Once the decision was made, Morrison says she wasn’t going to let anything stop her from completing her degree; not her age, her two jobs or her previous scholastic record from so many years ago.

“If you want to do it, do it,” She said. “It’ll be a struggle; it’s going to be frustrating and it’s multitasking on a level I’ve never experienced.”

Morrison admits going back to school at an older age came with some unique challenges, like juggling caring for her sick kids while still making it to class; but being a non-traditional student also had perks. Morrison believes having life experience, like already establishing a career and family, gave her the motivation and focus she needed to succeed.

Armed with her degree in Health Education/Community Health, Morrison hopes to get a job coordinating activities at a senior citizen’s home and has already sent out applications. 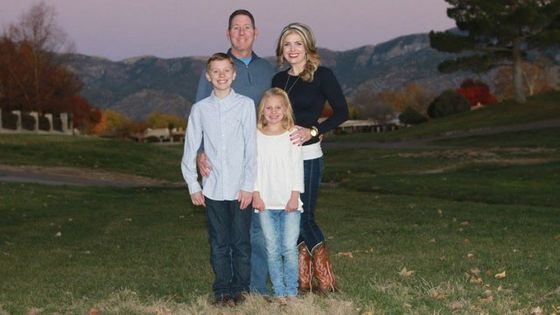 Her advice to perspective UNM students: never give up. She believes anyone can be a Lobo, regardless of their age or where they are in life.

“It doesn’t matter how old you are,” She said. “Time is going to pass and you only live once. So, if you have any kind of interest or drive, I would just do it. You never know how much time you have left.”