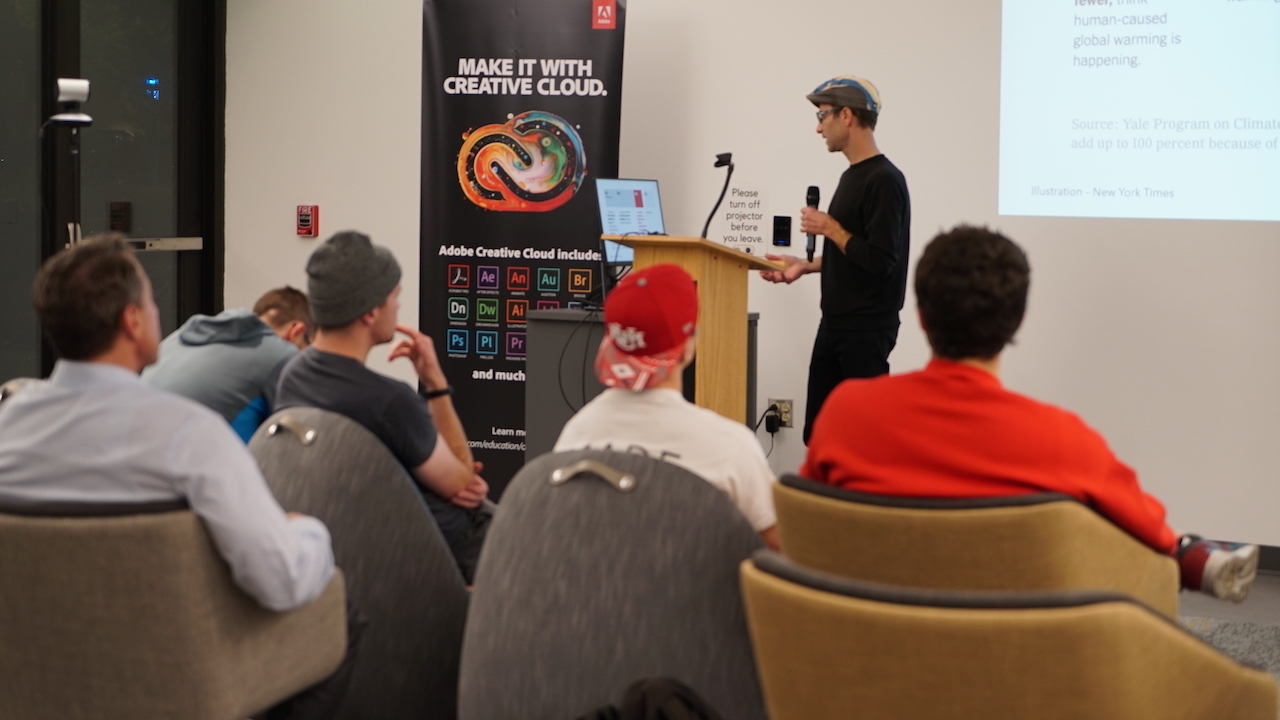 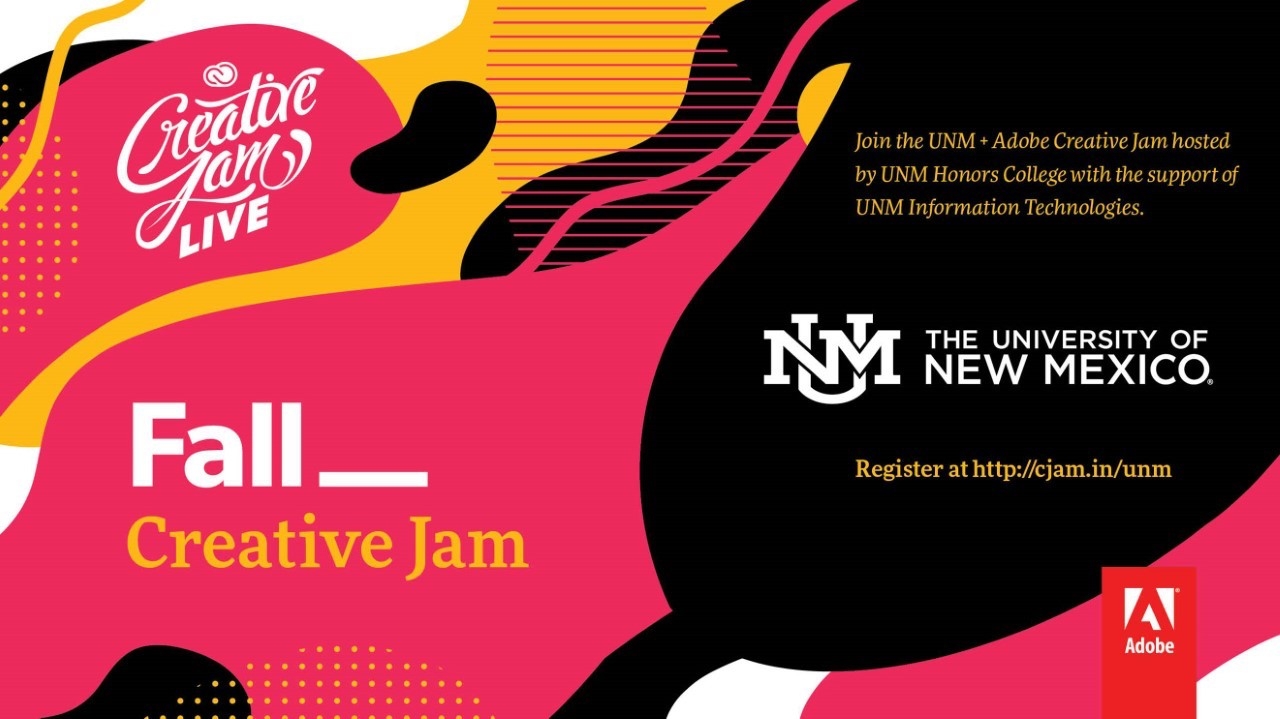 Students battle for $250 each in university's first Creative Jam

"Keep jamin'." That was the mood as The University of New Mexico hosted its first campus-wide Creative Jam competition that challenged students’ creativity.

This summer, UNM became an Adobe Creative Campus, allowing students to install Adobe applications and editing software on their own computers and devices to create, edit and publish content. In October, UNM’s Honors College and IT partnered with Adobe to host a campus-wide Creative Jam LIVE; an opportunity for students, in any department, to build communities, strengthen problem solving approaches and develop creative skills.

“I love that it’s interdisciplinary,” said Megan Jacobs, associate professor, Honors College. “It’s such an awesome opportunity to get people across campus to figure out how to become a small community.”

Students had one week to create a one-minute film related to the concept Species in Peril Along the Rio Grande.

“Right now, there’s a campus wide initiative called Species in Peril along the Rio Grande,” Jacobs said. “How can different fields look at climate change and its impact on the environment? We thought, why not take this larger initiative and have students use their creative skills and create a short film around this problem.”

“You’re getting feedback from professionals in the field and that’s just a very valuable experience,” Jacobs said.

First Place: Guardians of the Grande with Running Water

"We took our inspiration for the video from one of the Species in Peril Along the Rio Grande responses which asked, "Can we hear the river as more than a resource?" Our film, Running Water follows the thoughts of a runner going through the trails along the Rio Grande Bosque. The peace and inspiration we experience as we spend time in this ecosystem is one way that the river is more than just a resource for water. This landscape would be irreparably damaged without the diversity of species that inhabit it. As you see the beauty of the Rio Grande, we call attention to the danger that the watershed faces and emphasize that it is human made. We know that there is also reason to be very hopeful, if we all respond together. With audio in English as well as in Spanish subtitles, we hope to connect with the people that live all along the Rio Grande."

"The objective of our video is to bring attention to the decline of the health of the Rio Grande. Our message is to spark motivation to the viewers to become more aware of the issue happening at our city's front steps."

"Documented within the Albuquerque Bosque, The Rio Grande Mosaic tells the struggle of the declining Cottonwood trees while bringing an emphasis upon the need for a diverse mosaic of flora and fauna, adaptable to the environment's changing landscape."

"One of the new requirements of the New Mexico general education curriculum is the essential skill of digital literacy," Feland Ketcham said. "Through this partnership, students are poised to understand, communicate, create, and design in digital environments - and events such as the Creative Jam demonstrate students’ desire to fully engage with digital literacy."