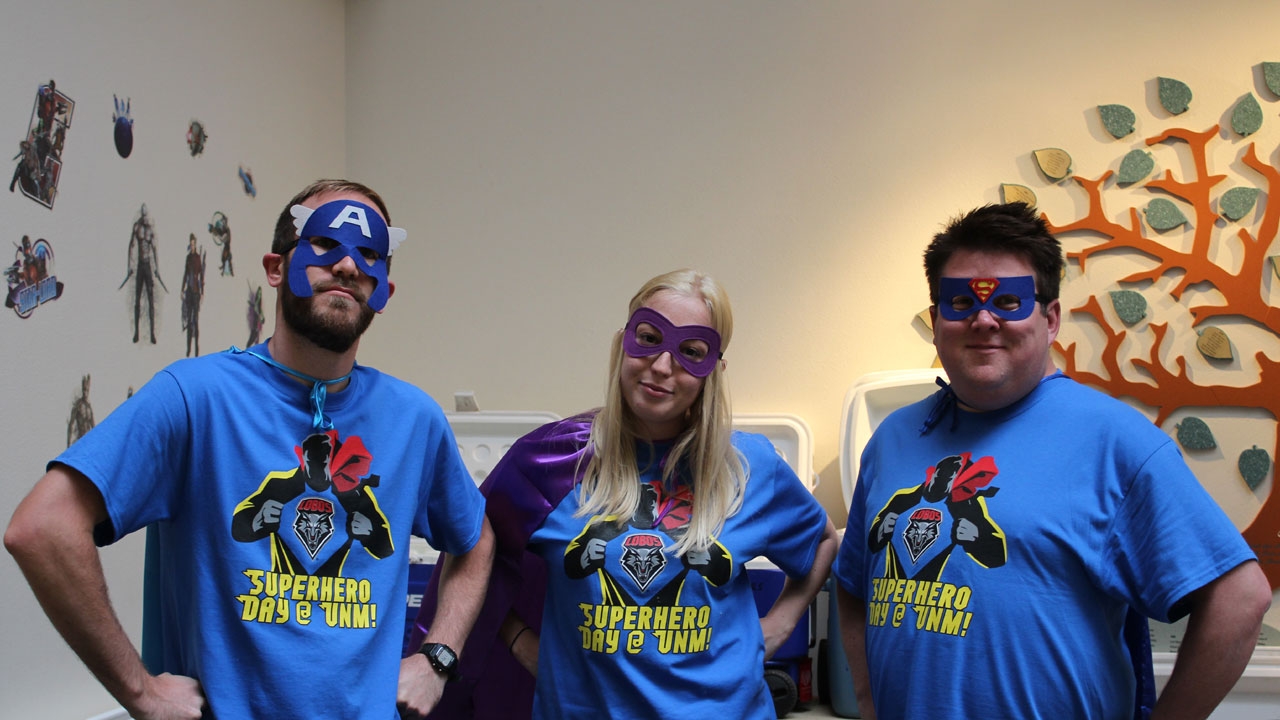 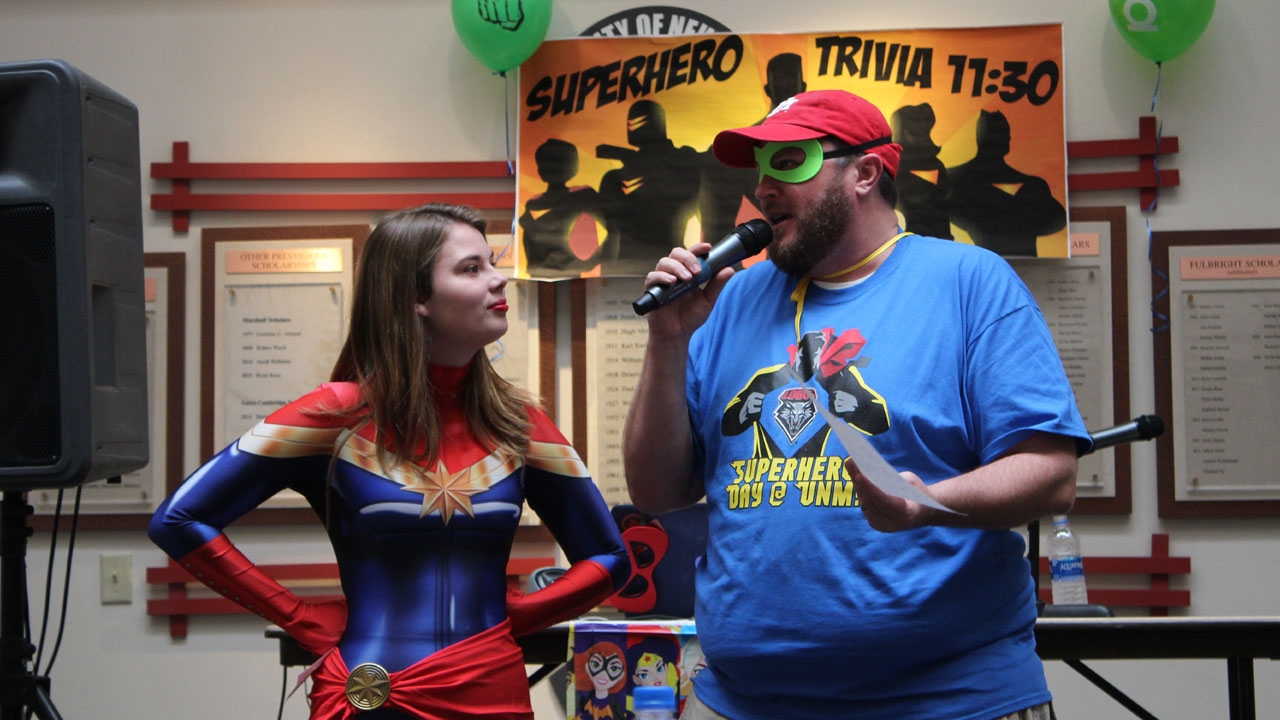 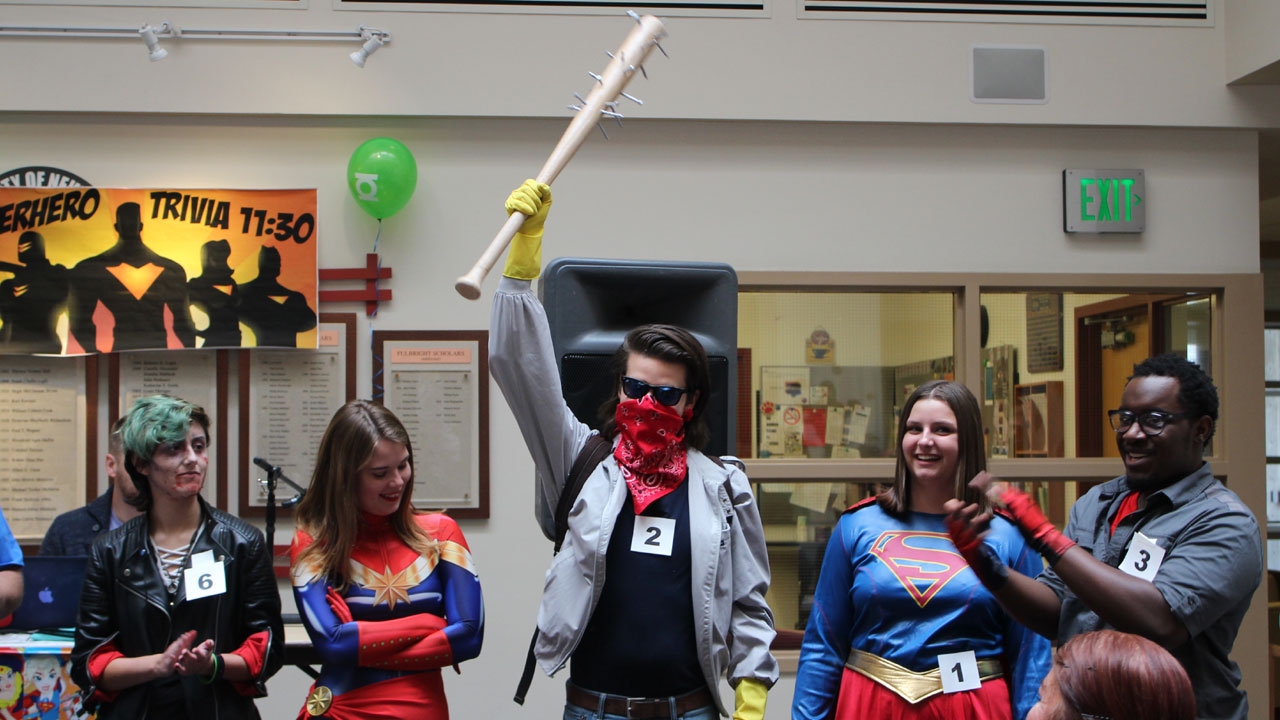 Superheros save the day

The Student Activities Center at The University of New Mexico hosted its first-ever Superhero Day Tuesday in the SUB Atrium. Students celebrated the world of supers, ranging from Marvel, DC, the Incredibles to Captain Underpants.

“This is the first time we’ve ever hosted Superhero Day,” said Rudy Montoya, Student Activities specialist. “We’ve done May the 4th Be With You Day and a Harry Potter Day, but we have a bunch of superhero fans, both of comic books, games and all varieties. So we just wanted to give students a chance to take a break, get involved, have a snack and enjoy some trivia.”

Students were also excited for Superhero Day. Jose Couvillion, a media arts major, said his favorite part of superhero day was, “the trivia part of it, it’s a lot of fun.”

For more information on future events hosted by the Student Activities Center, visit their website.