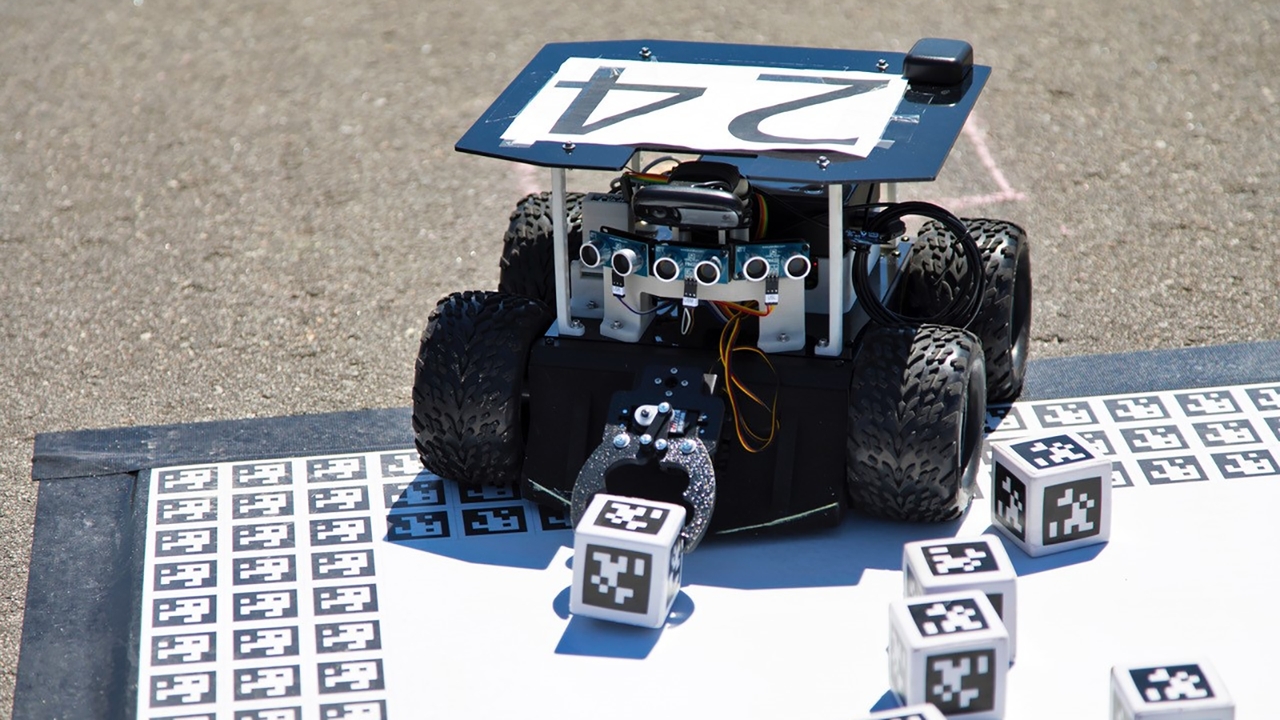 The fourth annual NASA Swarmathon was hosted recently by The University of Mexico, covering Smith Plaza with swarms of robots that look like the desert ants that live around Albuquerque. But these ants were busy gathering cubes and bringing them back to the center of an arena.

"Swarmathon demonstrates that getting everyone involved can pay off in a big way,” –Matthew Fricke, research assistant professor of computer science.

The robots run software developed by students from around the country who have the chance to demonstrate that their code can guide the robots to gather the most cubes and win the $5,000 top prize.

The Swarmathon competition is a collaboration between the NASA John F. Kennedy Space Center and the UNM Department of Computer Science, designed to engage students in developing cooperative robotic algorithms to support long-term human exploration of our solar system.

A major barrier to living elsewhere in the solar system is the need for resources such as fuel, water and oxygen, Fricke said. For explorers to take enough resources with them into space to support missions to Mars and beyond would be much too expensive. Instead, NASA envisions swarms of autonomous robots that could be sent ahead of humans to gather and stockpile the resources needed before astronauts ever arrive. 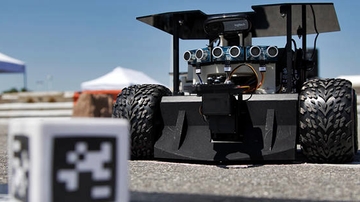 Fricke said that water ice has been discovered throughout the solar system. Lightweight mining robots and processing plants under development at Kennedy are able to convert that ice into rocket fuel, breathable oxygen and water for drinking. The Swarmathon students developed software that controls “Swarmie” robots and instructs them in how to find and collect resources. One hundred of these robots were designed and built at UNM and provided to students free of charge along with starting software.

“In this way, UNM was able to lower the barrier of entry that often prevents students from getting started with complex robotics,” he said. “Over the past four years, more than 1,000 students from over 40 colleges and universities developed software that enabled robot teams to take on the challenge of working together to find and gather resources in the environment.”

The product of all the students’ hard work has been a diversity of strategies for collecting resources. Some robots act like ants and work together to share information about the best locations for collecting resources, while others trace out intricate geometric designs, such as spirals or rotating paths that look like spokes on a wheel. Each year, the solutions developed have improved dramatically so that now teams of Swarmies can collect a lot of resources in a short time. The algorithms that teams developed have already resulted in scientific publications involving theorists proving why many of the algorithms developed work so well.

“The Swarmathon demonstrates that getting everyone involved can pay off in a big way,” Fricke said.

“As one of the only Research I minority-serving institutions in the country, UNM is especially well-placed to help close the gap in robotics faced by traditionally underrepresented students,” Fricke said.

In addition to receiving robots and software, participating student teams also received support from UNM computer science students and faculty throughout the year The competition has resulted in many participating students receiving NASA internships and entering graduate school on the basis of the skills they learned during the competition. UNM also organized three robotics workshops so that students and their faculty mentors could come together to share their experiences and innovations. These workshops also allowed the students to meet with NASA engineers, faculty in robotics from around the county, and representatives from Amazon, Google and Lockheed Martin.