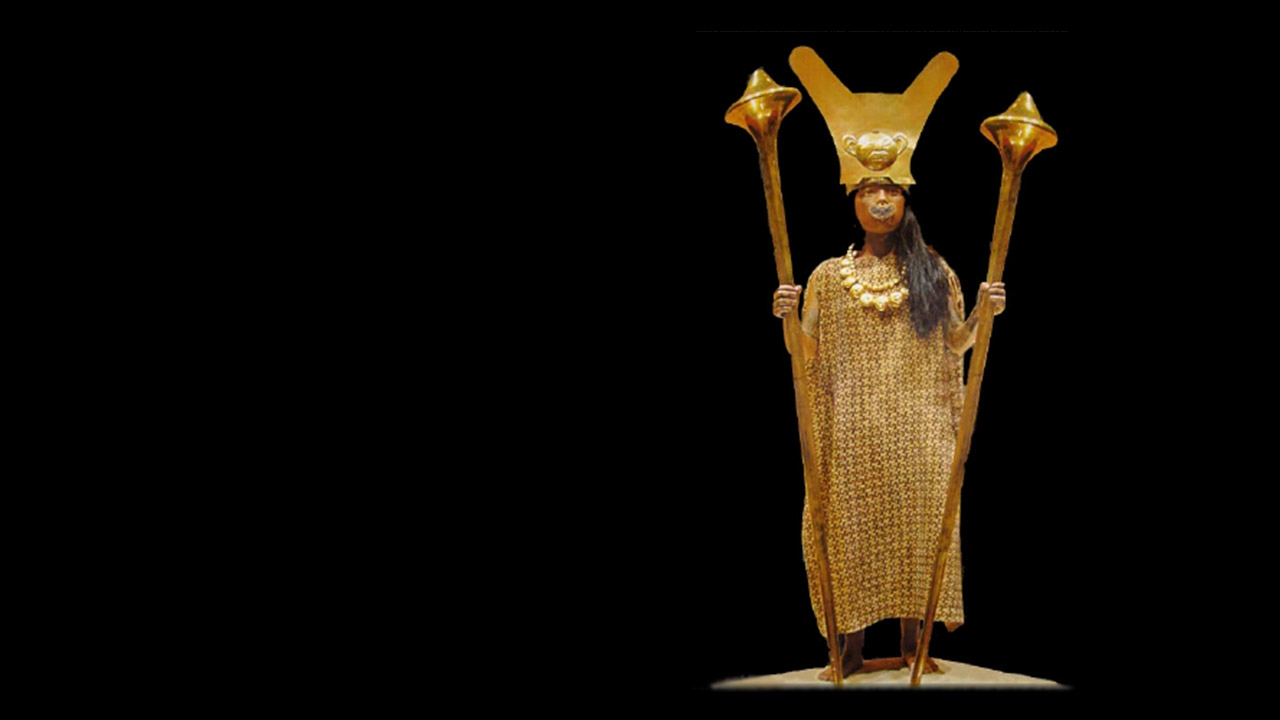 This year marks 30-years since the discovery of the richest gold burial in Peru. To honor the anniversary, UNM is welcoming one of the lead researchers of the site for an evening at the Maxwell Museum.

Jeffery Quilter is presenting on “Tales of the Moche Kings and Queens: Society and Mortuary Practices on the Ancient North Coast of Peru” on Thursday, Nov. 2 at 7:30 p.m. in the Maxwell Museum of Anthropology Hibben Center.

30 years ago, the tomb of the Lord of Sipán, the richest gold burial in the New World, was discovered in Peru. Since that time, many other tombs of high status Moche lords and ladies have been found on the North Coast of Peru. These discoveries have revealed the high artistic achievements of ancient Peruvians in the ornaments and offerings found in the tombs and opened a window onto the lives and deaths of the elites of one of the Americas’ most fascinating ancient cultures.

However, no attempt at reviewing these burials collectively to search for patterns that might inform researchers on Moche politics and society has been carried out. In this illustrated lecture, Jeffrey Quilter provides a review of his research on this topic including his own participation in the discovery and analysis of the Señora de Cao from the Huaca Cao Viejo in the Chicama Valley. This work not only reveals the marked status differences of different members of the “Moche 1 percent” but also the significant roles of women in Moche politics, religion, and society.

Quilter is a native of New York City. He attended college at New York University and the University of Chicago and received his doctorate from the University of California, Santa Barbara. His main institutional affiliations have been at Ripon College, Wisconsin (1981-1995), as a professor; Dumbarton Oaks (1995) as Director of Pre-Columbian Studies, and Harvard’s Peabody Museum of Archaeology and Ethnology where he was deputy director for curatorial affairs (2005-2012) and has served as the William & Muriel Seabury Howells Director from 2012 to the present.

Quilter’s research interests have focused on issues of the nature and origins of complex societies in Latin America. He has been involved with field work in Peru since his dissertation research at the Paloma site (1976) and subsequently. He also engaged in a 10-year archaeological project at the Rivas Site, Costa Rica. He has been working in coordination with Peruvian archaeologists at the El Brujo Archaeological Complex in the Chicama Valley, Peru, since 2002 to the present.