The Tamarind Institute has recognized several artists that have recently collaborated and their current and upcoming exhibitions.

The “Woven Tales” exhibition will show for the first time all 11 of artist Kiki Smith's tapestries. The 10-foot tall tapestries are woven with Magnolia Edition's jacquard loom in Oakland, Calif. Each piece was created through years of dialogue between artist and studio. Peters Projects, Santa Fe, N.M. May 13 - July 30. 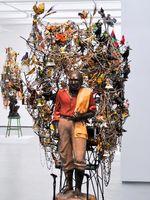 Hung Liu’s “Drifters” pulls inspiration from historical photographs taken in China, and of Chinese people. Liu incorporates these old photographs into her paintings, creating a beautiful dialogue between the past and present.  Gail Severn Gallery, Ketchum, Idaho. June 27 - July 27. 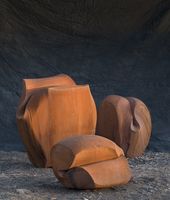 “Alcoves” is on display through Aug. 14.

Enrique Martinez Celaya’s “Self and Sea” is the first to exhibit in Parafin's proposed trilogy focused on an in-depth examination of the genre of portraiture. Celaya's portraits are accompanied by small paintings of the sea and sky. These images are contrasted by Martinez Celaya's portraits exposing the genre's tension between illusion and reality. Parafin, London, England. May 19 - July 9.