Lydia Tapia, an associate professor in The University of New Mexico Department of Computer Science in the School of Engineering, has been awarded the Borg Early Career Award from the Computing Research Association – Women (CRA-W). 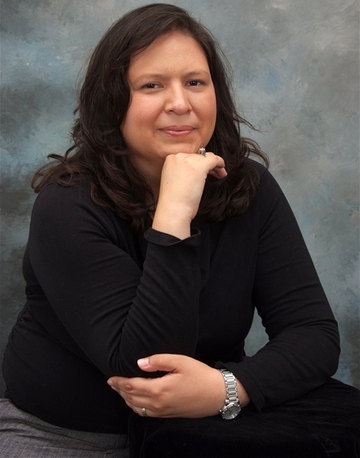 The award was presented recently at the IEEE International Conference on Intelligent Robotics and Systems (IROS) in Vancouver, Canada.

The award recognizes an early-career faculty member or researcher in an industry or government lab who has made significant research contributions and also has had a positive and significant impact on advancing women and diversity in the computing research community. Nominations are received from institutions across North America. This is the first award to a researcher in New Mexico.

Tapia’s research focuses on the development of computationally efficient algorithms for the simulation and analysis of high-dimensional motions for robots and molecules. Specifically, she explores problems in computational structural biology, motion under stochastic uncertainty, and reinforcement learning.

Tapia is the recipient of the 2016 Denice Denton Emerging Leader ABIE Award from the Anita Borg Institute for high-quality research and a significant positive impact on diversity and a National Science Foundation CAREER Award for her work on simulating molecular assembly.