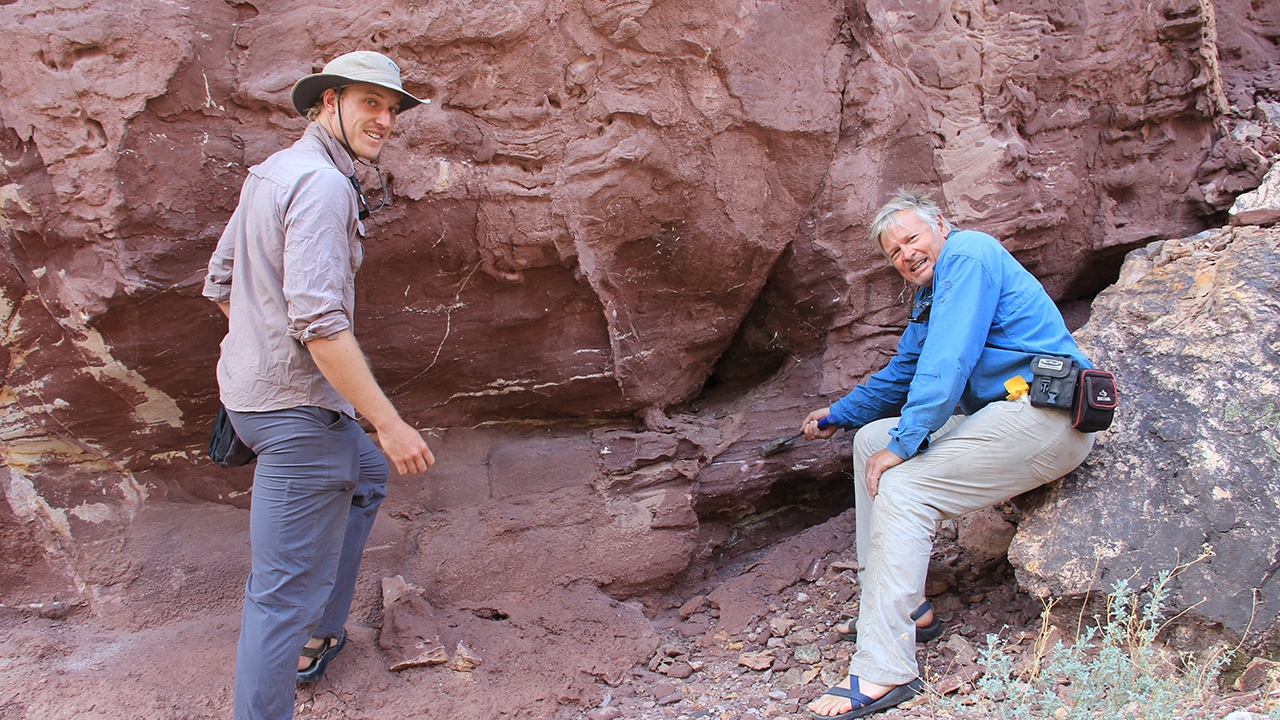 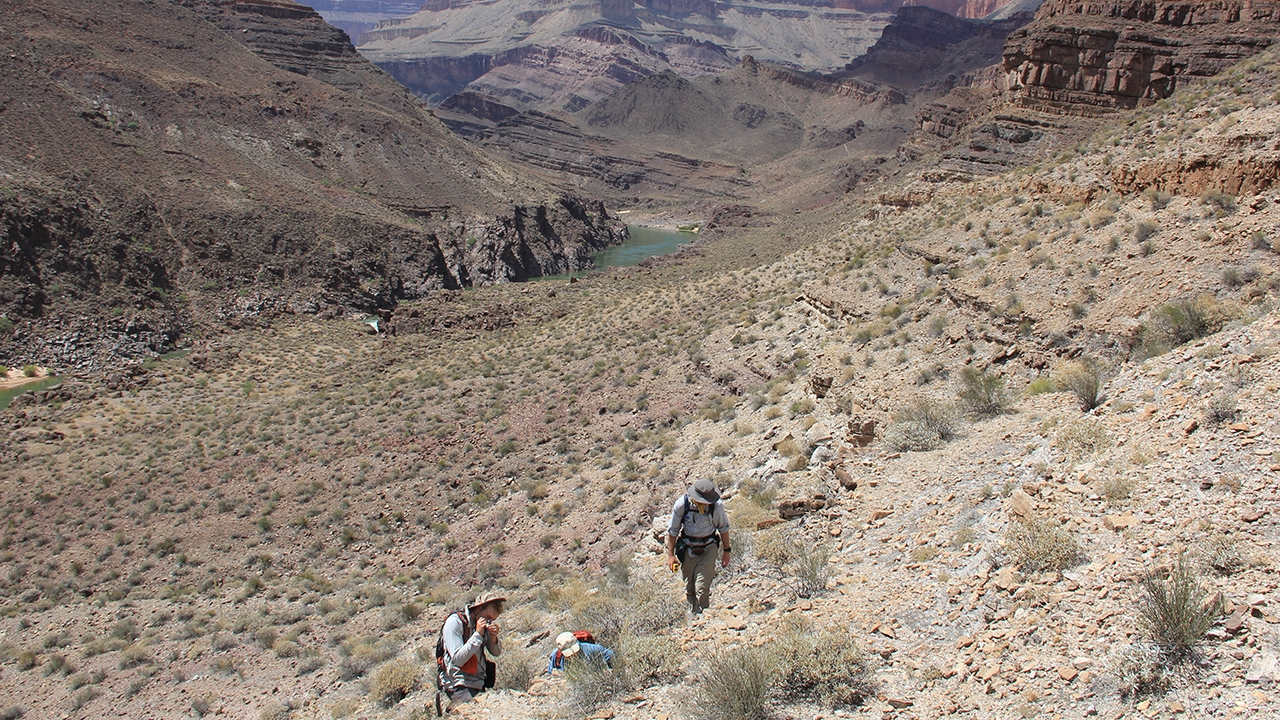 Scientists in the Grand Canyon 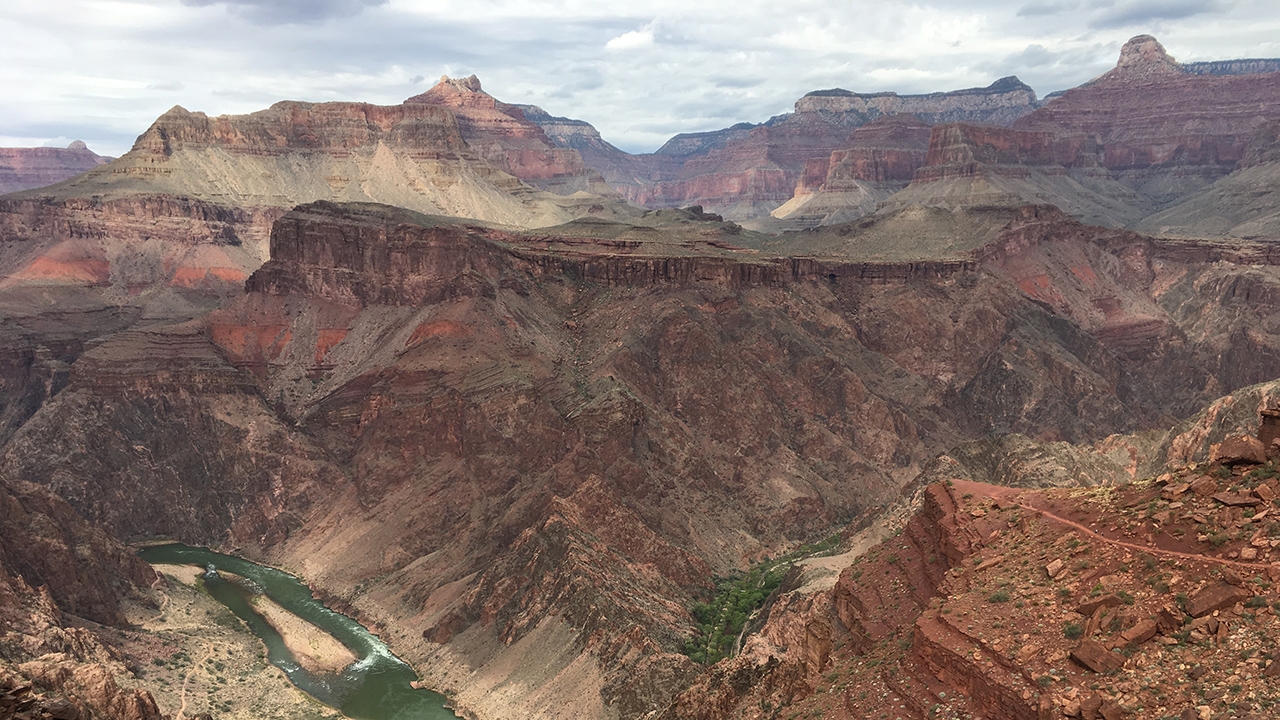 A new paper recently released in Geology by researchers Jacob Mulder, Karl Karlstrom, and other Australian colleagues provides a new dataset that may resolve the more than three decades-long debate about which continents were adjacent to southwestern USA within the 1 billion year old supercontinent of Rodinia.

Funded by an Australian fellowship, Mulder, from the School of Earth, Atmosphere and Environment at Monash University (Australia), spent one year of his Ph.D. studies at The University of New Mexico and accompanied Karlstrom, a professor in UNM’s Department of Earth and Planetary Sciences, in a Grand Canyon research trip. Their research, Rodinian devil in disguise: Correlation of 1.25–1.10 Ga strata between Tasmania and Grand Canyon, aimed to test models for geologic connections between the rocks of southwestern USA and Australia.

Rodinia, a Russian term for “motherland,” was the next older supercontinent; it came together about 1 billion years ago and rifted apart about 750 million years ago. Its existence is well agreed upon, but its configuration has been controversial for more than two decades. The scientists noticed that the Tasmanian Rocky Cape Group and Grand Canyon’s Unkar Group have uncanny bed-by-bed similarity.

By grinding up the sandstones from each place, the scientists found and dated hundreds of sand grains of zircon in each succession to compare their “fingerprints.” The ages and the hafnium compositions of the zircons from both places match very well and the authors suggest the two areas were adjacent to each other from 1.25 to 1.1 billion years ago.

To fit this into the Rodinia supercontinent debate, they hypothesize that these sediments were both eroded from a continent collision called the Grenville Mountains that was similar to the modern Himalayan collision. Tasmania and Grand Canyon were both “out front,” in a foreland basin, and rivers carried sand grains from high mountains that existed in what is now the Texas area. Fragments of those mountains can also be traced to the colliding Kalahari block, now in Africa.

“The new correlation was not enough on its own,” said Karlstrom. “Given the long controversy about Rodinia’s configuration, we also synthesized all paleomagnetic data for the USA, Australia, Kalahari, and East Antarctica to see if the Rodinian jigsaw puzzle could be solved this way. We found that the Tasmania—Grand Canyon connection could reconcile past (competing) models for Rodinia.”

“Not only do the rocks in Grand Canyon look similar to those in Tasmania and are the same age, the detrital zircons in the Grand Canyon sedimentary rocks (and related rocks in central Arizona and Texas) also share the same geochemical fingerprint as the zircons in the Tasmanian Mesoproterozoic sequences,” said Mulder. “Together, these different lines of evidence support the interpretation that the sedimentary rocks in Tasmania were once a part of the same Mesoproterozoic basin system that is now exposed in Grand Canyon. Therefore, we concluded that although now on the opposite side of the planet, Tasmania must been attached to the western United States in the Mesoproterozoic.”

“The study is important for understanding the paleogeopgrahy of Rodinia because we were able to show that the crustal block that makes up Tasmania, together with a series of small, similarly enigmatic blocks now exposed in Antarctica and submerged beneath the ocean south of Tasmania, provide key geological links between the larger continents of Australia, Antarctica, and the U.S, which together make up a significant part of Rodinia,” said Mulder.

“Thus, the new paper shows Tasmania to be a key puzzle piece within Rodinia,” said Karlstrom. “In science, the devil is always in the details, and this new “Tasmanian devil” seems to have unlocked secrets of the Rodinian supercontinent that have remained mysterious for decades. The paper also re-emphasizes the power of international collaborations in resolving geologic debates.”