The gamification of civilization

You are a gamer. The majority of us are and might not realize it. Your participation was subtly recruited by purchasing a soda with a twist top, signing up for a credit card that offers points or simply using a device to count your daily steps. Whichever your motivation or association, you, according to professors at The University of New Mexico, are satisfying innate desires and gaining health benefits through the gamification of products and services.

Making a game out of purchasing a product isn’t a new marketing strategy. McDonald’s had you coming back for more with the lure of Monopoly pieces. Before that you were encouraged to look under the cap of a soda bottle for that “instant winner” or phone number to call. But it is the emergence of technology, specifically smartphones, that has increased companies’ ability to connect with you. And connect they do. Recent studies show Americans on average check their phones 46 times a day, roughly totaling four-and-a-half to five hours of usage.

People aren’t talking on the phone for most of that time, they are multitasking—connecting with outlets that satisfy basic human interests.

“Primitive humans evolved an innate affinity for playing games, because games allowed them to practice and develop, in a safe environment, those mental and physical skills necessary for survival when actually fighting, hunting or gathering,” said Anderson School of Management Professor Nick Flor. “Gamification touches on a primal instinct to find and collect things, to hone eye-hand coordination, to assimilate into a culture, and ultimately to have an avenue to compete with one another.” 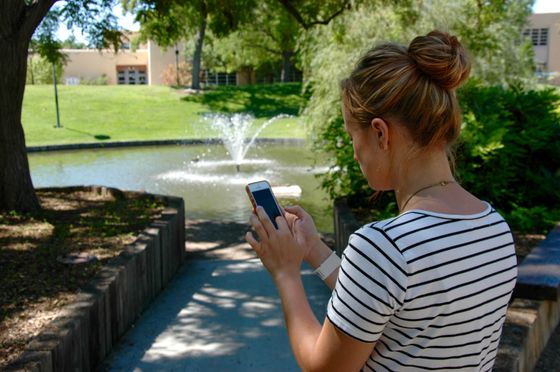 A recent study published in "Time Magazine" shows that Americans check their phones upwards of 8 billion times per day. People between the ages of 18-24 average close to 74 phone checks per day.

According to Flor, gamification is transforming an existing activity by adding gaming elements like scoring, leaderboards, and competition. Businesses exploit gamification by taking a routine like buying food or exercising and turn it into something exciting—a challenge, against yourself or others, with tangible and often times intangible prizes.

“Making a game out of an existing product or activity isn’t new,” says Flor. “Everyone thinks Pokémon Go was the first app to gamify the real world, but companies have been using gamification for a long time. It’s the smartphone and tablet technology that have increased the availability of players.”

The premise of the latest gaming trend, Pokémon Go, is that people are encouraged to collect and capture characters they find while walking. Players earn points advancing them to levels that ultimately allow them to battle other players. The game is social, driven by pop-culture and offers challenges that fulfill our primal instincts.

Non-tech companies are capitalizing on this trend, too. Customers are lured to businesses by coupons and characters. Retailers like Old Navy, JC Penny and other name-brand stores use stored data from web searches, purchases and Facebook to know your shopping habits. If you have a smartphone, it is no coincidence that you start to receive coupons when you are within a certain proximity to these stores. Pokestops, a place for Pokémon Go players to score points and prizes for the game, can purchased by businesses to increase foot traffic.

The health benefits of the gamification trend
Barring the possible deadly distraction of driving while looking at your phone or in some of the more recent cases, crossing the street without looking up—technology and games, according to UNM Kinesiology Instructor Kelly Johnson, will help you live longer.

“Mobile health devices (MHDs) like a Fitbit, or and app on your smartphone can be used to help health providers capture more information about an individual,” says Johnson. “It’s more beneficial than a pedometer. You able to see a bigger picture—daily progress.”

"Technology is now holding us more accountable for our health, our doctor’s orders for better health and is a great leverage to figuring out how to get healthy.” —Kelly Johnson

With the dwindling number of medical providers, Johnson’s research shows that wearing a MHD gives doctors a huge piece of your overall medical puzzle. These doctors can consult with patients to coordinate a more effectively tailored health plan all designed and executed over the internet.

“People who are using MHDs or fitness apps tend to stay better on target with their weight loss and exercise goals,” says Johnson. “Especially now that they are becoming more cost effective and a larger group of people are able to afford them.”

What researchers like Johnson are finding, is that the greater the self-monitoring—awareness, the better health outcomes people experience.

As of 2015 there were over 40-thousand apps to encourage people to exercise. To keep people connected to a fitness goal, these apps have found success through the gamification of routine. 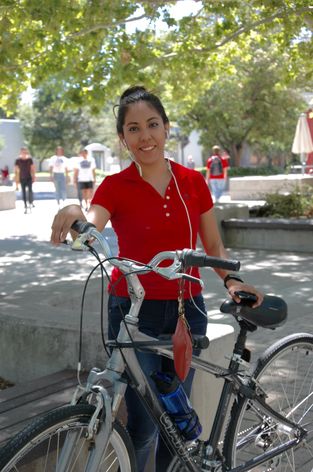 With over 40-thousand apps to encourage people to exercise, users have found success with this technology due to the gamification of routine.

Some of the more popular, free interactive apps include, “My Fitness Pal,” “Map My Fitness,” and “Couch to 5K” where beginners are given an exercise routine, much like game, that won’t exhaust their desire to try. Users of these apps have found success due to reminders about daily food or activity goals, tips and support for getting into a regimen. It is something as simple as a text reminder, or activity comparisons encouraging friendly competition that people are responding to.

There are other gamified fitness apps that appeal to a more innate sense in people. “Zombie Run” is a popular running app that encourages runners to keep moving or else they face certain dead by being eaten alive by zombies. The app also encourages people to run farther by giving them virtual emergency supplies to help on the journey.

“45 to 50 percent of Americans don’t meet the daily activity guidelines set by the American College of Sports Medicine (ACSM) which is the governing body for exercise science,” says Johnson. “ACSM suggests 30 minutes of moderate exercise a day. Technology has made us sedentary from a jobs standpoint—more machines do physical labor humans once did. But technology is now holding us more accountable for our health, our doctor’s orders for better health and is a great leverage to figuring out how to get healthy.”

Both Professor Flor and Johnson agree that of all the games we are inclined to play, finding one that is less of a fad and one that focuses more on your health, pocketbook or practicable problem solving, are by far the games you'll want to master.