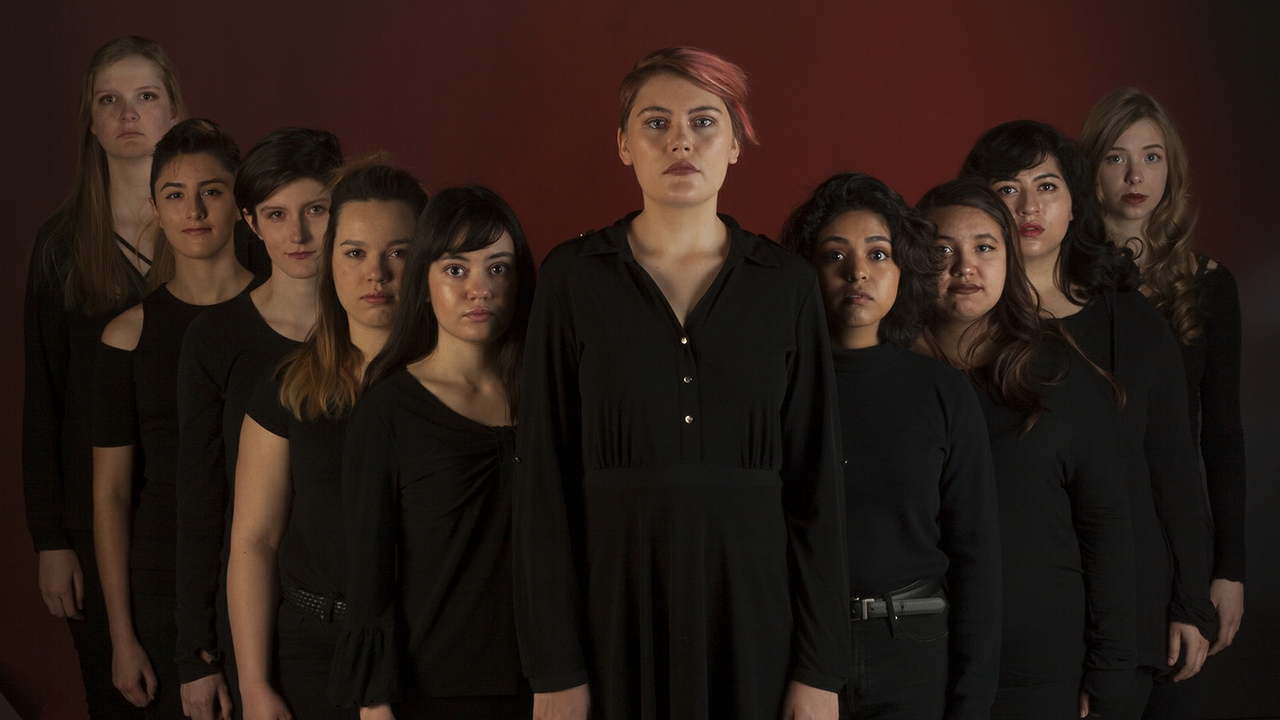 'The House of Bernarda Alba' comes to Rodey Theatre

Lyrical, earthy and powerful, “The House of Bernarda Alba” is a masterpiece by one of the world’s most influential playwrights, Federico García Lorca, directed by Shepard Sobel in a new translation by Caridad Svich. Presented by The University of New Mexico’s Department of Theatre and Dance for seven performances only, this lyrical, earthy play with a cast of 16 young women, invites – requires – urgent exploration and promises a revelatory experience for both actors and audience.

In a hostile time and place, five sisters struggle to satisfy their hopes and desires. A stifling and perverse moral code tightens its grip on the oppressed. Lorca sets his often funny, often searing, always humane cri de coeur in rural Spain on the eve of its Civil War – indeed, in the time of his writing, and a few months before Francisco Franco’s forces murdered the poet and playwright in 1936. But Lorca writes for our age and all ages, challenging us to defy Bernarda’s closing, insistent, truth-defying command to be blind and to be silent.

The Department of Theatre and Dance will host two very special events during the run of “The House of Bernarda Alba.”

An evening with playwrights Caridad Svich and Migdalia Cruz – Friday, April 27
Following the evening’s performance of  “The House of Bernarda Alba,” Professor Gregory Moss will moderate a conversation about Lorca, translation and playwriting in the 21st century between award-winning playwrights Migdalia Cruz and Caridad Svich. The discussion is free with admission to “The House of Bernarda Alba.”

“The House of Bernarda Alba” runs April 20 through 29 in Rodey Theatre, located in the Center for the Arts on UNM’s main campus. Thursday, Friday and Saturday performances are at 7:30 p.m., Sundays at 2:00 p.m. 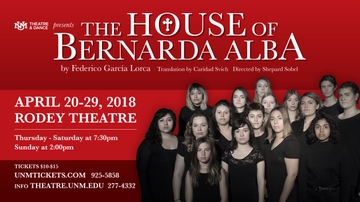