UNM Newsroom / News / The importance of being counted 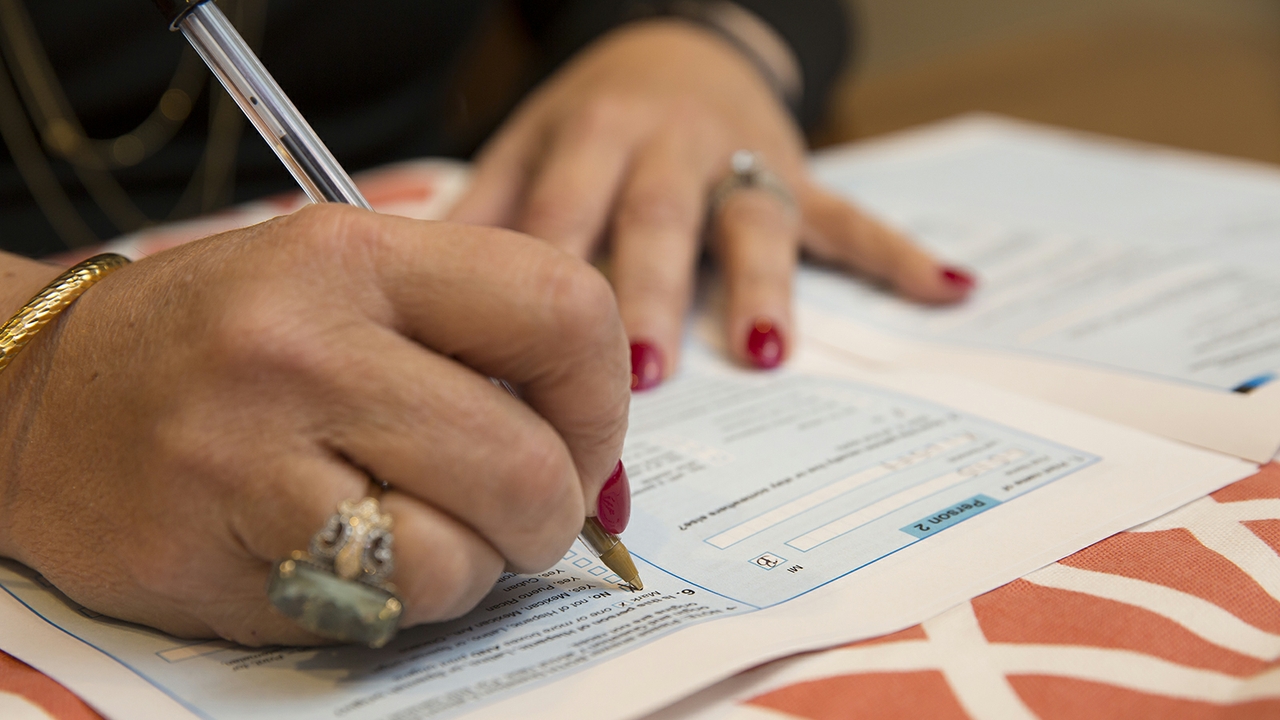 The importance of being counted

Every 10 years, the U.S. Census makes its way into American households, representing the purported aim of our forefathers to see every person in the nation counted, and to use those numbers to determine representation in Congress. As the 2020 census approaches, mired in complications, many are wondering… just who does the census count, and who does it leave behind?

Chief among them is Nancy López, a sociology professor at The University of New Mexico (UNM) and director of UNM’s Institute for the Study of “Race” & Social Justice. This summer, López gave a talk at TEDxABQ en Español, addressing the challenges of census questions concerning origin, race, color and nationality. López’s primary aim is to educate the Latino community on the nuances and significance of these questions and to champion everyone’s right to be counted.

Specifically, López hones in on the debate over the question of “Hispanic origin.” For a time, the Census Bureau considered combining the two-part question, “Is this person of Hispanic, Latino, or Spanish origin?” and “What is this person’s race?” into one blanket question addressing both race and origin.

“The controversy is that a lot of Latinos check ‘some other race,’” Lopez says. “They don’t check white, they don’t check black, they certainly don’t check Asian or Indigenous… they write in their national origin. So the census thought, “Oh, how wonderful, we can just combine Hispanic Origin and Race and call it ‘Race or Origin.’” However, as a social scientist who studies inequalities, it is very problematic to measure two different concepts with one question, because you’re conflating apples and oranges.”

Several years ago, López was invited to weigh in on the Spanish translations of the census and joined a group of interdisciplinary scholars who took the Census Bureau to task for glaring inaccuracies.

“It literally translated American Indian into ‘Indio Americano,’ López says, “which means nothing in Spanish. So now they are using the term Indígena de las Americas.”

In January, the Census Bureau announced that the 2020 census will retain the two-part question. Dismissing the Obama-era recommendation to combine the question of race and ethnicity is seen as problematic by some, and López contends that even with a two-part question in place, there is yet another issue to address – that of connecting nationality and race.

“The idea of linking nationalities to race boxes is dangerous,” López says. “It actually can contribute to eugenics, nativism and racism. In the American Community Survey, we have an ancestry question, which is absolutely separate. You collect that (data) as a separate question.”

López goes on to clarify that the problem does not lie in collecting data on these markers of identity, but rather in how the data is collected.

“The challenge is conflating and flattening the differences between origin and race,” she says. “Race is a master social status (like gender) that is often ascribed based on someone’s skin color and other differences in physical appearance, like facial features and hair texture – what I call ‘street race’ – and that’s often the basis of discrimination, especially when it comes to housing. Too few people are actually marking their street race and are marking white instead, when that’s not their lived reality.”

She points out that the Census Bureau’s primary goal when developing (or testing) a census questionnaire is focused on cognitive understanding, rather than how the census could inform social outcomes.

According to the Census Bureau, the fundamental purpose of creating a census and enshrining it in the Constitution was to “empower the people over their new government.” According to López, the modern-day census isn’t the least bit concerned with bolstering the rights of the American populous.

“The goal of the 2020 Census is to count everyone once, only once and in the right place.” – census.gov

“They’re not tying the measurement of the question format to ‘Will this help us understand civil rights, the color line, and social inequalities in housing, in employment, in education?’” López says. “The census actually tested formats that eliminated the words ‘race’ or ‘origin’ or ‘ethnicity’ because they said it’s offensive to ask about that. This is part of colorblind racism. “Hear no evil, see no evil.” We need to embrace the discomfort and the reality of racialized inequalities in order to advance social justice policy.”

One definition of the word ‘colorblind’ is “…characterized by freedom from racial bias,” but it isn’t freedom to ignore the existence of color lines, and we need to face them head on if we’re going to diminish their impact, López says.

“Anti-racism means recognizing that there are inequalities, and what are we going to do to solve this problem, rather than run away from it, or close our eyes to it?”

In her ideal census form, López would include the question (separate from ethnicity or origin), “What is your race or color?” She would add a description stating that “this data helps to understand if there’s a color line in terms of inequalities – in poverty, in housing, in health services, etc. – to explain why you’re collecting this data. This is not the same as your DNA, this is not the same as your nationality, this is not ethnicity. We are actually interested in whether or not there’s a difference (in how people are treated) based on what you look like.”

How best to capture census data on race, ethnicity and origin has been overshadowed by the question López rightly calls “the big elephant in the room,” namely, “Is this person a citizen of the United States?”

For the first time since 1950, the census will address citizenship. The administration claims it’s an effort to improve data on adults of voting age and strengthen the Voting Rights Act, but critics insist that adding a citizenship question is a flagrant attempt to discourage immigrants from filling out and submitting the form. As a result, the Census Bureau is facing numerous lawsuits from over two dozen states and cities in an effort to get the question removed from the census.

López says she did the TEDx talk, “because we need to let people know that regardless of whether or not the citizenship question is kept on the census, we cannot let anybody rob us of our rights. We need to be counted. The census is confidential, and we have every right to be counted, as mandated by the constitution – children, elderly, adults – everyone in the household. We cannot be made invisible.”

The talk López gave this summer will be available in late-October on the TEDx ABQ en Español website.