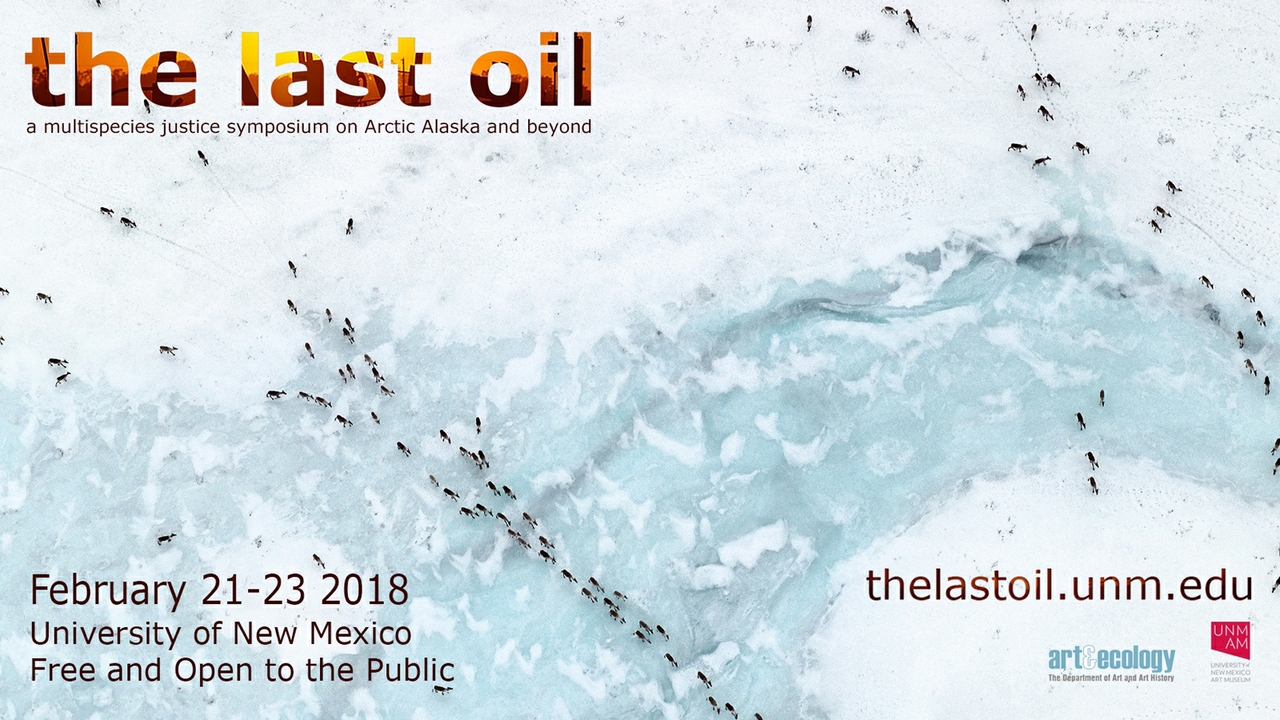 Free and open to the public, the last oil symposium will convene at various location on UNM’s main campus in Albuquerque from Feb. 21 – 23.

The symposium will address the threat of oil and gas development in such ecologically and culturally significant places as the Arctic National Wildlife Refuge, the Beaufort and the Chukchi Seas, and the National Petroleum Reserve-Alaska. It will also bring northern indigenous struggles into conversation with similar struggles across the West, including the Diné-Pueblo solidarity to protect the Greater Chaco Canyon in New Mexico from fracking and the indigenous Sioux people’s campaign Mni Wiconi: Water is Life.

the last oil is not a warning that we are running out of oil, but instead draws attention to the ongoing collective action and determination to bring an end to the second Oil Age.

Free and open to the public, the last oil symposium will convene at various location on UNM’s main campus in Albuquerque from Feb. 21 – 23, 2018. Learn more at: thelastoil.unm.edu.