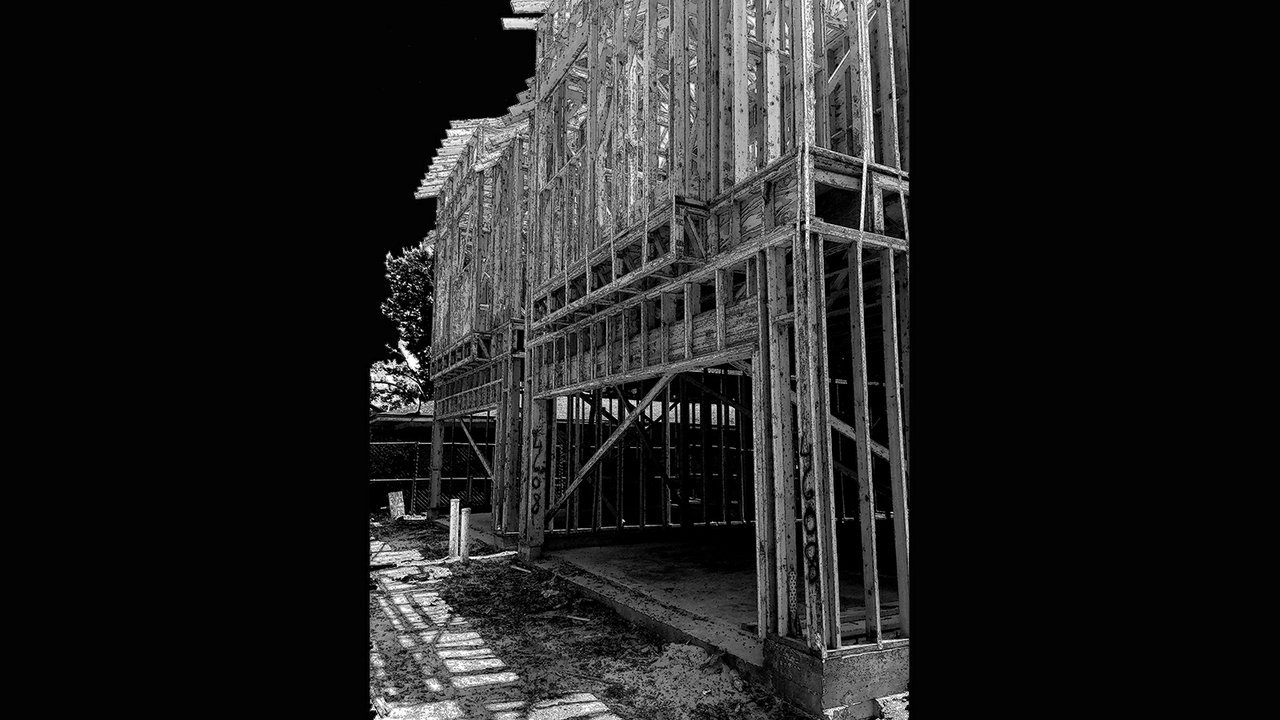 The quiet persistence of segregation: reconstructing the housing industry

In theory, society has changed a great deal since the Fair Housing Act of 1968. Many laws have been passed penalizing discrimination based on race, sex, disability and sexuality, to name a few. Diversity in the U.S. is on the rise, and social media is peppered with substantive buzzwords like inclusion and intersectionality.

However, after delving into her recently published study on housing and segregation, University of New Mexico (UNM) Sociology professor Elizabeth Korver-Glenn found a very different reality.

“Around the time I started grad school, I also started the process of buying my first home,” Korver-Glenn says, “and I was starting to do a lot of reading about racial segregation. I became convinced that racial segregation is at the heart of lots of other forms of inequality – wealth inequalities, educational disparities, and so on.”

This conviction was the beginning of Korver-Glenn’s study, published by the American Sociological Review, "Compounding Inequalities: How Racial Stereotypes and Discrimination Accumulate Across the Stages of Housing Exchange."

When she began delving deeper into the subject, Korver-Glenn discovered that previous research on racial segregation did not capture the everyday process of finding a place to live and purchasing a home. Anyone who has gone through it can attest that there are dozens of interactions involved, at all stages of the process. You need to find a real estate agent, find a mortgage lender, get your home inspected and appraised, and so on. It’s a long and involved transaction, with lots of human connection along the way.

Korver-Glenn says the aim of her project was “to understand how housing changes hands every day, in everyday life,” something prior research had largely ignored.

She went on to say that there are three classic explanations sociologists will often use to explain durable segregation, which is shorthand for the residential segregation that persists 50 years past the passage of fair housing legislation.

Durable segregation: shorthand for the residential segregation that persists 50 years past the passage of fair housing legislation, despite dramatic upticks in racial/ethnic diversity and apparent declines in racial prejudice and discrimination.

“The first (classic explanation) is that there are socioeconomic differences across racial groups,” Korver-Glenn says. “So if on average, you’re able to afford less in terms of your home, then you’re going to end up in different neighborhoods. The second is that people have different preferences – or I would say prejudices – in terms of where they want to live. Whites have the strongest racial preferences and in general seek to avoid neighborhoods with even token minority representation. Whereas Asian, Latinx, and Black individuals tend to have more tolerant preferences. The third explanation is discrimination. Folks who are identified as Asian, Black, or Latinx will get treated differently than White folks in the housing market.”

The gap Korver-Glenn wanted to fill was understanding the How. “Almost without exception,” she says, “these explanations use quantitative data, which shows us the extent to which things are happening, but they do not show us how they happen. They do not tell us about experience, or how people actually live these realities.”

The importance of Korver-Glenn’s research starts with the reality that racial segregation is tied to many other forms of inequality. She cites “wealth accumulation… educational opportunities and educational entertainment… health and wellbeing, exposure to environmental hazards…” and says that “almost every single aspect of life that’s important for human well-being in our country can be tied back in some way to segregation.”

She emphasizes the importance of understanding why, “50 years past the passage of the Fair Housing Act, segregation has hardly changed at all, even with dramatic increases in ethno-racial diversity across the U.S.”

Bringing these two components together – the serious consequences of segregation and the lack of understanding around its persistence – is fundamental to enacting any lasting and systemic change.

To begin the process, Korver-Glenn identified two industries that have historically played key roles in patterns of segregation, the real estate brokerage industry and housing development. For an entire year, she shadowed 13 real estate agents and housing developers as they went about their daily work. She conducted interviews with more housing market professionals, such as mortgage lenders, appraisers, landlords and escrow officers, and she talked to consumers – buyers, sellers and renters.

One crucial decision in Korver-Glenn’s study was the selection of Houston’s housing market.

“I chose to study Houston because it has multiple conditions that would seem to make it prime for lower levels of segregation,” Korver-Glenn says. “It’s the most ethnically diverse metro area in the U.S…. it’s the only major city in the U.S. with no zoning laws – zoning has been used in the past in some cities to reinforce segregation patterns – and it has relatively affordable housing, in part because the housing development industry isn’t really regulated.”

She goes on to say that “in theory, these conditions should lead to lower levels of segregation, but Houston is still highly segregated.” 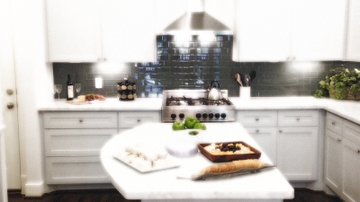 Segregation is still a reality, in part due to the accumulation of human interactions tainted by the lens of racial stereotypes.

1. Racial stereotypes and discrimination happen in coded ways as well as explicit ways.
“Maybe someone doesn’t say an explicit racial category,” Korver-Glenn says, “but they use words that signal race, and the other person understands what that means. For example, White real estate agents who describe a neighborhood as ‘dangerous,’ or a White home seller who ‘doesn’t want to sell their home to terrorists…’ That’s happening all the time, in addition to more explicit forms of stereotyping and discrimination.”

2. It’s not just about individual prejudices.
“Within each stage of interaction across the home sale process, there are ‘institutional rules’ or norms that facilitate prejudice and discrimination,” she says. “For example, when you’re going through the process of applying for a mortgage loan, you have to fill out a required form through the federal government called Form 1003… It includes your race, ethnicity, and sex information. And that information is viewed by underwriters when they’re evaluating the file. By collecting this information, the federal government intended to monitor inequality. But what I found is that underwriters view this information – whether it’s the person’s name, so ‘López’ or ‘Jones,’ for example – or the actual race/ethnicity boxes you have to check, and because one of the norms in underwriting is discretion in determining applicant risk, the information that’s provided on this mortgage loan application can influence an underwriter’s determination of risk through widely shared stereotypes about income and race.”

3. Inequality accumulates across interactions
“You’re interacting with many, many people, and each of these interactions, each of the forms you’re filling out, the micro-transactions that are happening, they all provide an opportunity to evaluate another person,” Korver-Glenn says, “and often that evaluation happens through the lens of racial stereotypes. So, it’s not just that these stereotypes are happening in isolation, it’s that they are linked to each other across multiple interactions or stages.”

The logical – and accurate – conclusion here is that as the number of interactions increases, the likelihood of a minority being excluded from the process increases. Less intuitive is that even if a minority home buyer is included, it comes in the form of what Korver-Glenn calls a “negative or costly inclusion.”

This is what happens when some get their mortgage loan, but it’s the subprime option because they’re viewed as “too risky” for the prime option.

“Or in the case of a prospective home buyer of color,” Korver-Glenn says, “maybe they are granted access to view a house, but then they’re policed and surveilled the whole time they’re there.”

These are just two examples of how access and inclusion can be costly, thanks to how discrimination and stereotypes are, as Korver-Glenn puts it, “recycled across multiple stages.”

After all of her research, Korver-Glenn has some ideas about how to turn this information into action.

“One of the main takeaways I have from this project,” she says, “is that segregation and housing inequality are not inevitable, but rather there are specific policies and norms that continue to contribute to it, even if these policies and norms seem to be race neutral. For example, real estate agents who build their client base through their networks. That’s not race neutral. Or mortgage lender and appraiser discretion in evaluating applicants and assessing home value… sure, on the surface these norms are ‘race neutral,’ but they’re not race neutral in practice, and they have dramatic, unequal effects.”

She’s hoping policy makers will recognize “the specific ways we can identify and transform norms and policies that enable racist beliefs and strategies to continue.”

The first lawmaker to take notice is Senator Michael Bennet from Colorado, whose office contacted Korver-Glenn as they set to work on housing legislation. Korver-Glenn is also becoming a member of the Scholar Strategy Network, geared toward people in policy who are making legislation. She wrote a policy brief for them about the real estate brokerage industry.

Korver-Glenn will also be speaking to an audience of housing professionals at the headquarters of Redfin, a real estate agency whose claim to fame takes the form of their mission: “redefining real estate in the customer's favor.”

After deciding about a year and a half ago to use her Twitter account almost exclusively as a professional outlet, Korver-Glenn tweets about things that are relevant to other academics and people interested in housing policy and race. When she tweeted about her recent publication, she included a link to the full paper and also created a thread that gave an outline of her salient points. That thread garnered a lot of attention.

Korver-Glenn’s presentation will be followed by a panel of Redfin agents of color and clients of color who will talk about their experiences in the housing market.

“For an academic tweet, it was viral,” Korver-Glenn laughs.

The CEO of Redfin contacted Korver-Glenn, and on September 6 she’ll be giving a Q&A-style talk at Redfin’s Symposium on Race and Real Estate. Korver-Glenn’s presentation will be followed by a panel of Redfin agents of color and clients of color who will talk about their experiences in the housing market. The event will be live streamed on the Redfin blog.

As for how a study based in Houston relates to the rest of the country, and Korver-Glenn’s current home city of Albuquerque, she sees it as far-reaching.

“Clearly we’re in Albuquerque, so we’re in a different context,” Korver-Glenn says, “but I think there’s enough research that corroborates, at least circumstantially, what I found in my study – and in my experience buying a house here – to make these findings more broadly and locally relevant.”