UNM Newsroom / News / 'The Science and Politics of Climate Change: Tales of a Turbulent System' 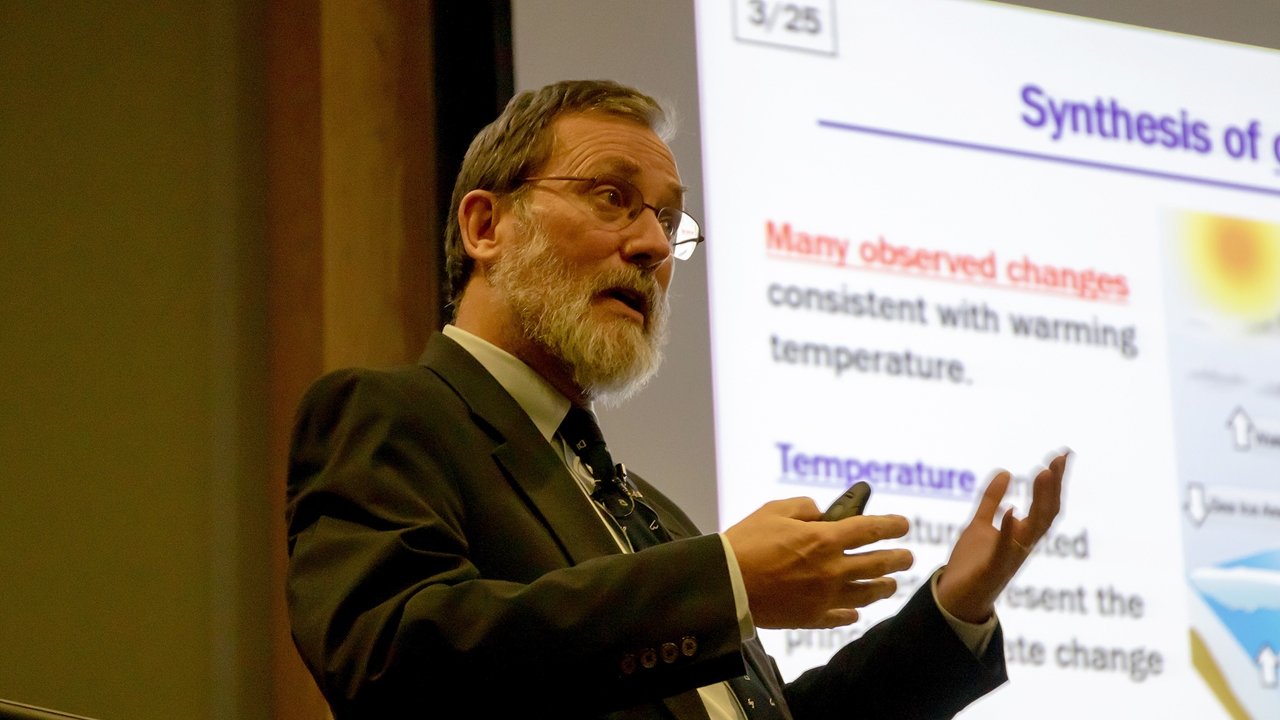 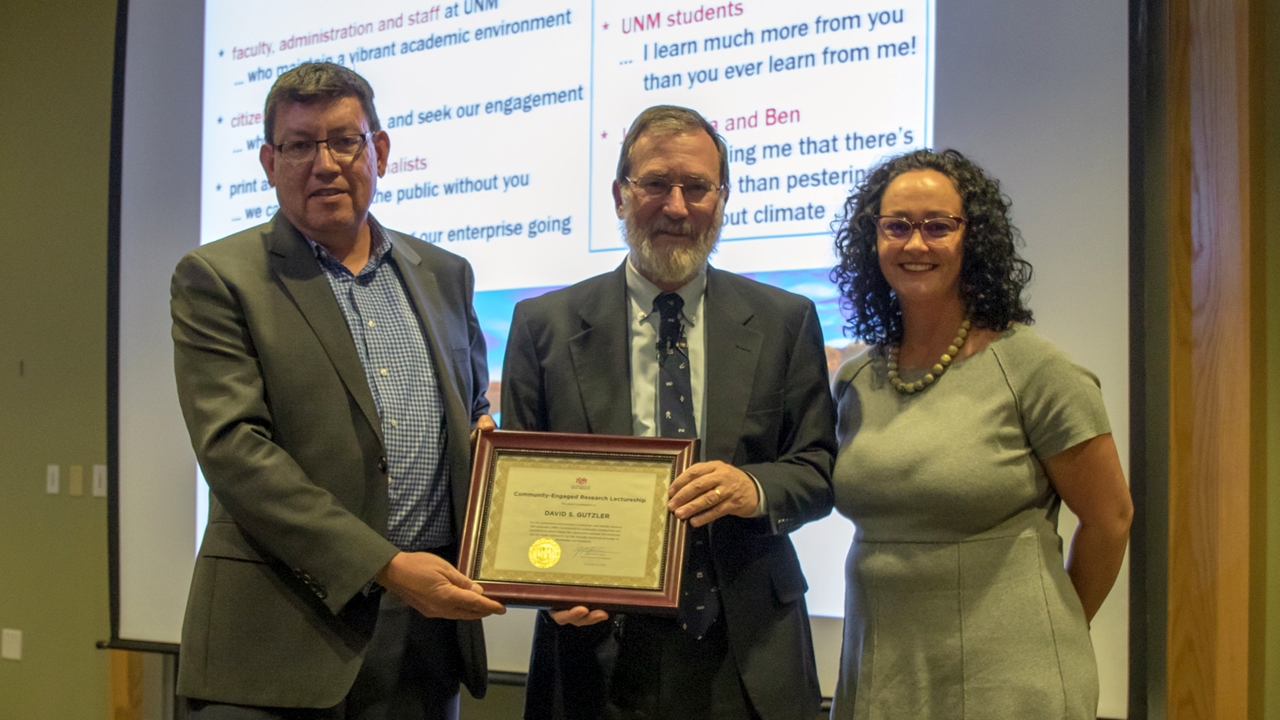 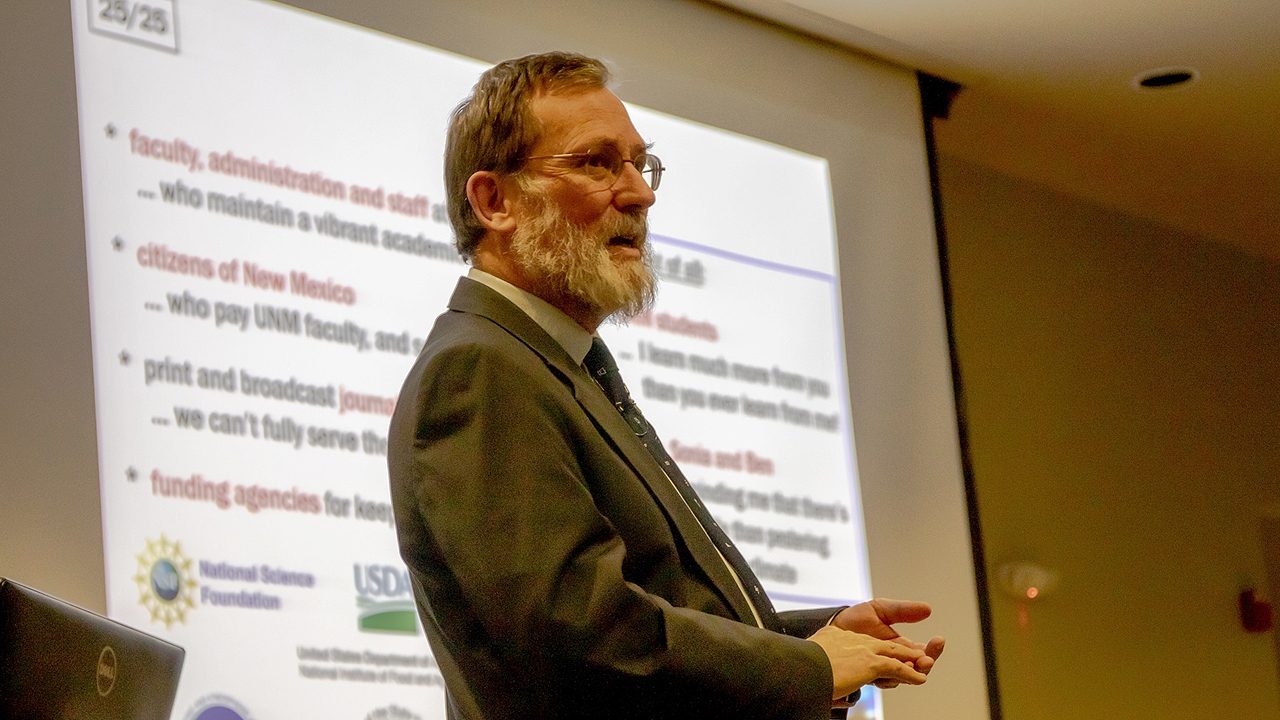 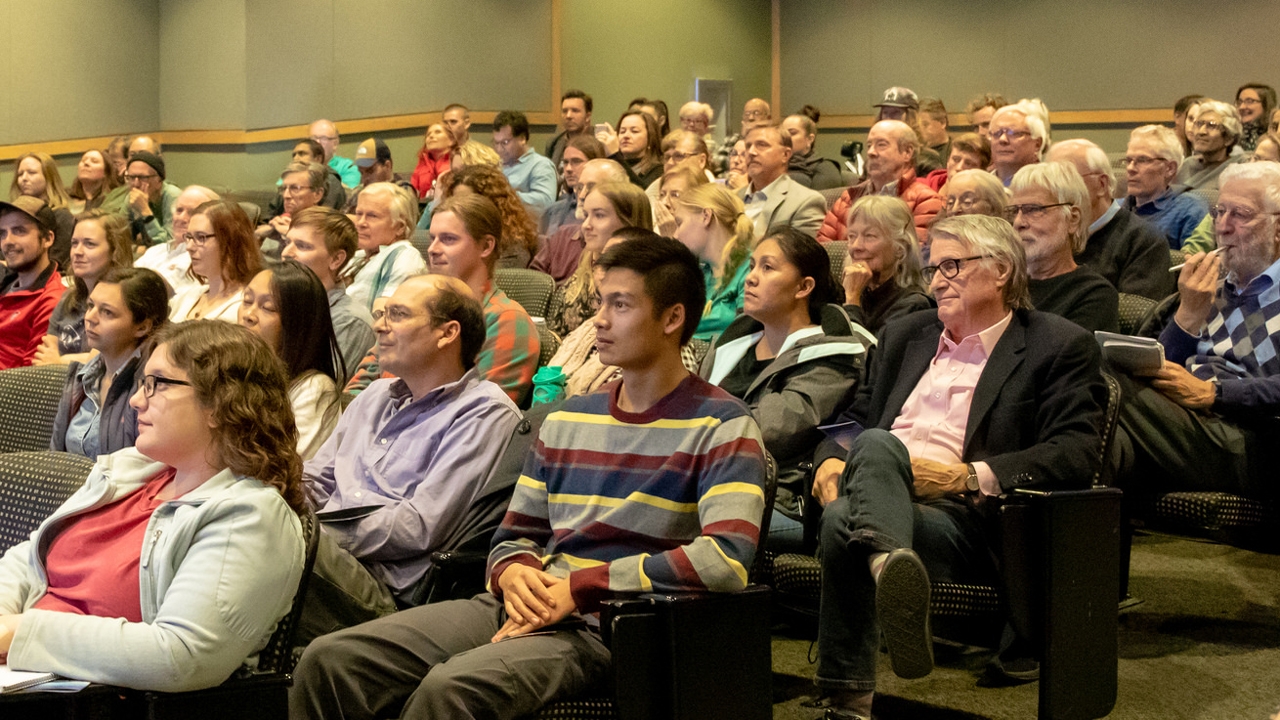 'The Science and Politics of Climate Change: Tales of a Turbulent System'

For Professor David Gutzler, and like-minded colleagues and individuals, the evidence is as clear as New Mexico’s blue skies – climate change is here, and it is past time to start thinking about doing something to mitigate the issue.

Gutzler, a climatologist in The University of New Mexico’s Department of Earth and Planetary Sciences, is a renowned scholar in the field of climate science. His research involves the dynamics of the atmosphere, climate change and its effect on the biosphere, land surface, water resources, and climate prediction. His work incorporates both observations and modeling, aimed at improving predictions of the North American monsoon as well as understanding the impacts of climate variability and change in the Southwest.

Gutzler recently presented a lecture titled “The Science and Politics of Climate Change: Tales of a Turbulent System” to a capacity crowd in the Centennial Engineering Auditorium as part of the 4th annual Community Engaged Research Lecture, an honor he received earlier this fall. The award is one of the highest honors that UNM bestows upon a faculty member in recognition of one’s community-engaged research and creative activity.

Gutzler’s lecture highlighted the facts of human-caused climate change, solidified recently with a special report from the Intergovernmental Panel on Climate Change (IPCC) highlighting the impacts of global warming, in particular a 1.5+ °Celsius temperature above pre-industrial levels and related global greenhouse gas emission pathways. IPCC reports are issued to provide a scientific basis for developing a global response to the threat of climate change, along with sustainable development and efforts to eradicate poverty. Gutzler has participated as a Lead Author on two of the IPCC's assessments.

Gutzler highlighted the observed effects of climate change, which are obvious and numerous, including a rise in air temperature and water vapor, marine air, sea surface and land temperatures are up, while sea ice, snow cover and glacier volumes are down.

“Warming of the climate system is unequivocal, and since the 1950s many of the observed changes are unprecedented over decades to millennia,” Gutzler said, based on IPCC assessments. “The atmosphere and oceans have warmed, the amounts of snow and ice have diminished, sea level has risen and the concentrations of greenhouse gases have increased.”

Gutzler noted that “It is extremely likely* that human activities caused more than half of the observed increase in global mean surface temperature from 1951–2010.” By extremely likely he means in the neighborhood of 95 to 100 percent certainty. “Projected 21st Century changes and impacts are potentially profound, but difficult to quantify,” he added.

In New Mexico, climate change is already starting to have profound impacts on the state’s environment and economy. One huge concern for all New Mexicans is water. With decreased snowpack, drought situations have become more intense and will in future become more likely and last longer.

Take for example Elephant Butte Reservoir, which is currently at a meager 3 percent capacity. After last year’s record-low snowfall, the reservoir was nearly drained by summer’s end this year. The visual is a sad reminder of how fast things can change from year-to-year in New Mexico.

“The most immediate thing we need to do is have a much greater recognition that the climate is changing in ways that affect state policies,” said Gutzler. “We have no choice but to adapt to a changing climate. We have to have a state government that recognizes this and builds it into its planning, particularly with respect to water resources.”

“In a time when water resources are growing scarcer, we’ve got to recognize that and we’ve got to stop making commitments for future water resource allocations that ignore the fact that it’s likely we’re going to have less water around,” said Gutzler. “The old saying is ‘we have 21stcentury climate base, 20th-century infrastructure for water and 19th-century water laws.’ Reconciling 21st-century climate with existing laws and water allocations is not easy, but it’s time to face reality and move in that direction.”

Earlier this year, the oil boom was largely responsible for driving oil and gas revenues to an all-time record high in New Mexico. But reliance on fossil fuels cannot be reconciled with mitigation of climate change.  The use of fossil fuels is simply going to have to be reduced, globally and locally. State policymakers need to develop sustainable and dependable economic alternatives such as solar or wind power, and do so in a way that alleviates economic concerns in two quadrants in the state, the northwest and southeast, where communities rely on fossil fuel production.

“There are profound socio-economic challenges associated with a really serious transition to renewables,” said Gutzler. “We better start thinking about that really fast because, like it or not, the movement to renewables is already happening. This energy shift is going to accelerate no matter what noise we hear out of the Federal government. As a state, we need to think about new revenue streams.”