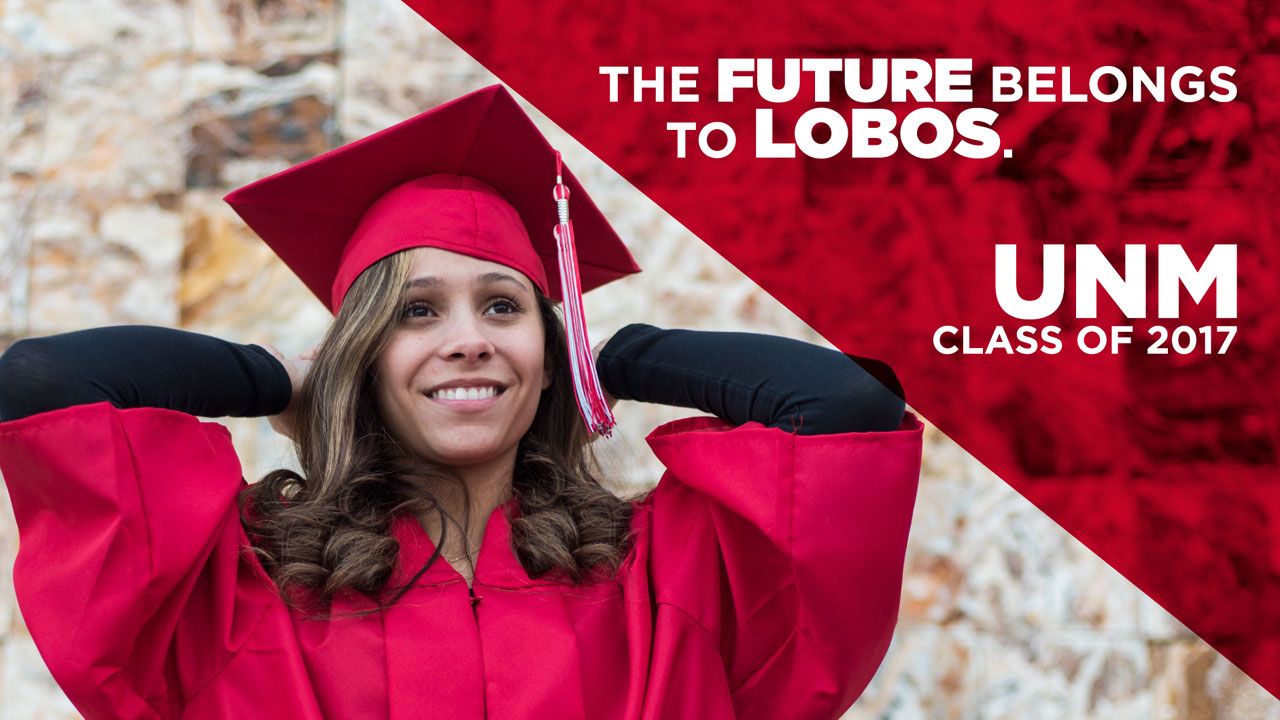 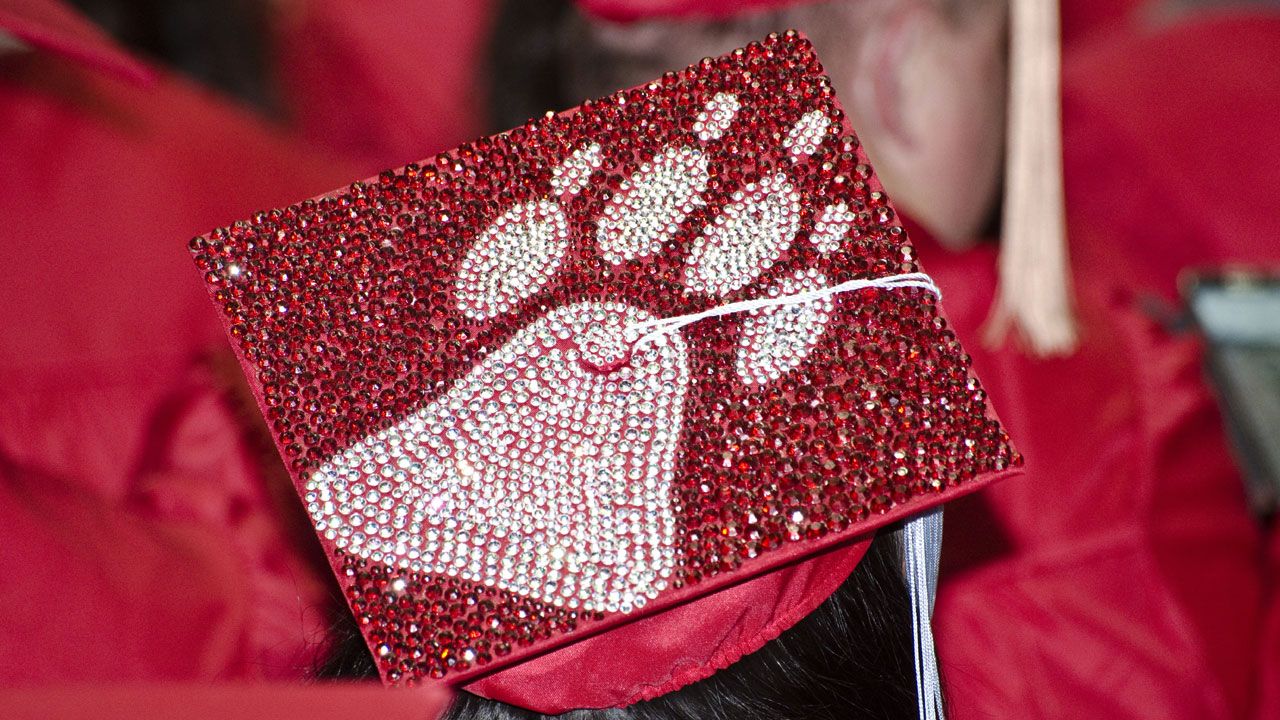 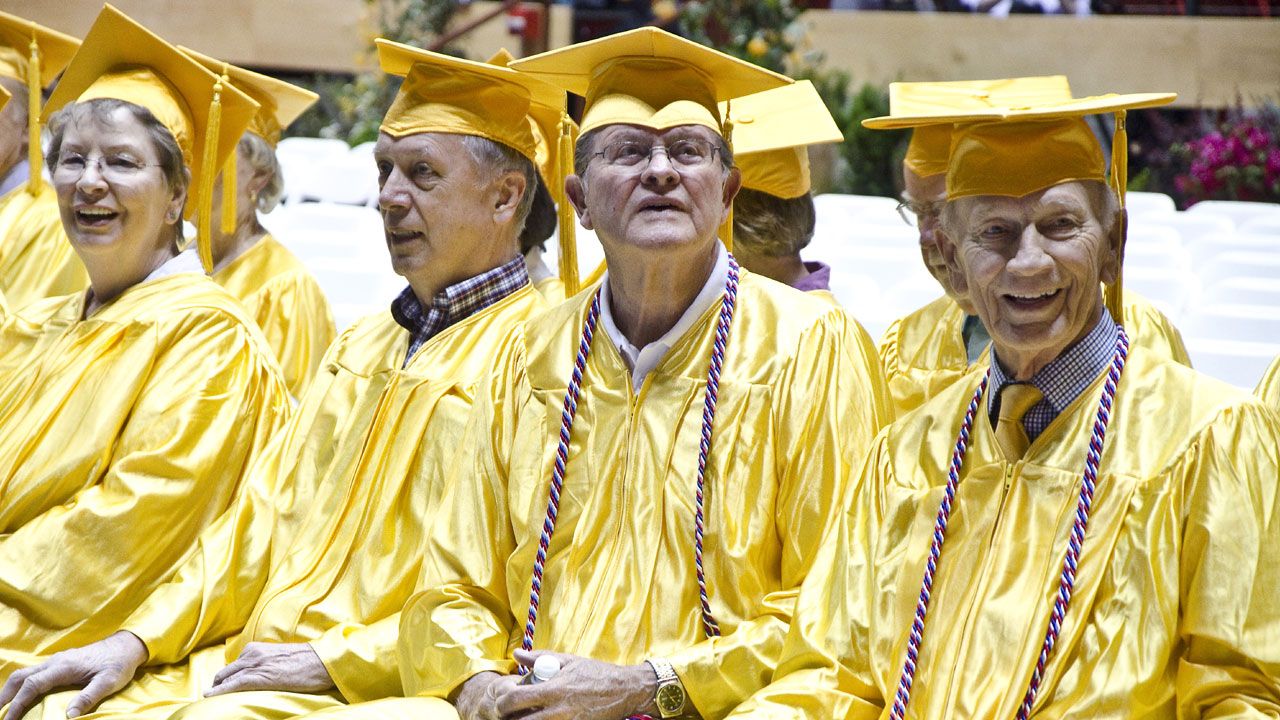 UNM's Golden Grads are always a treasured part of commencement. 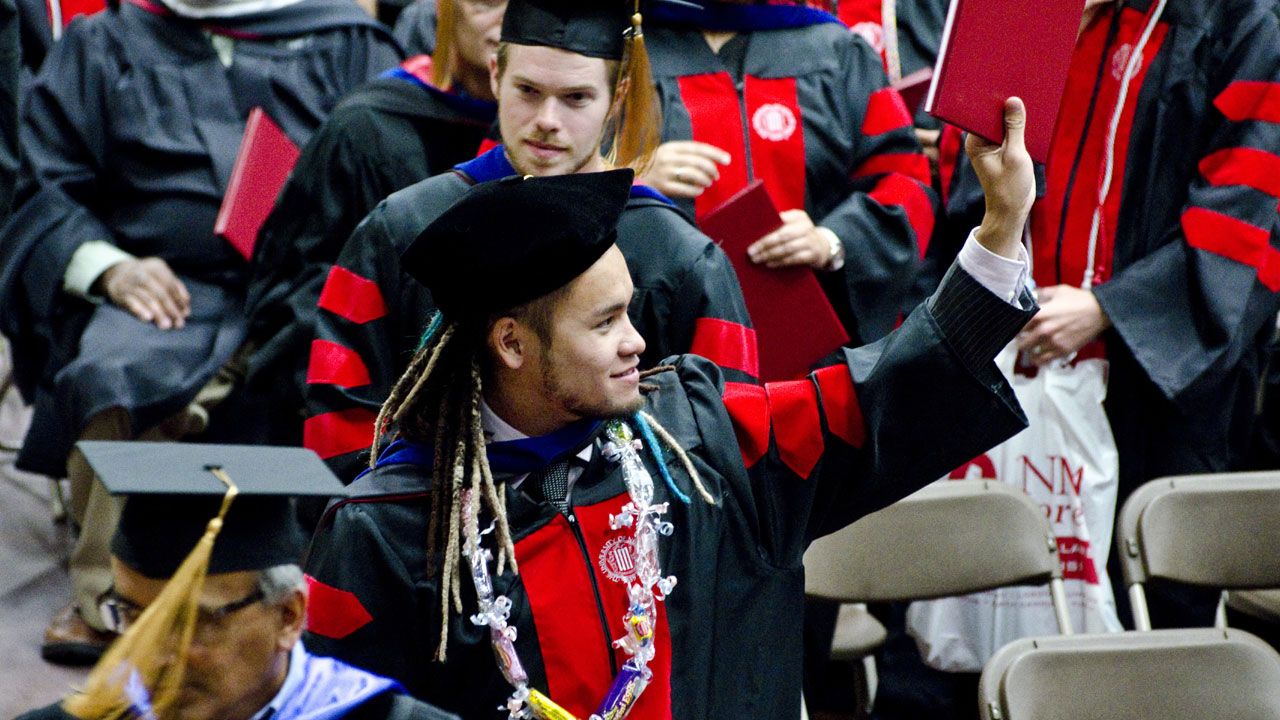 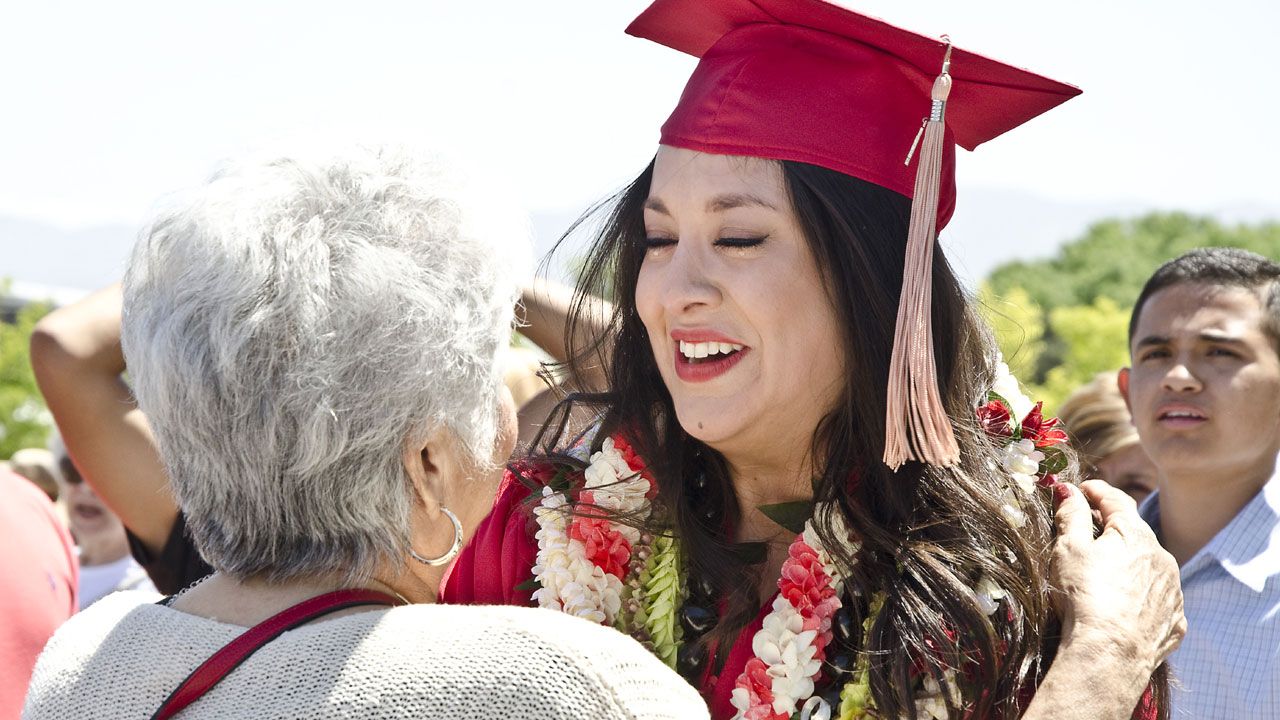 A UNM mom embraces her daughter - the graduate.

The University of New Mexico hosts its Spring 2017 Commencement ceremony Saturday, May 13 for graduate, baccalaureate and associates degrees. The ceremony begins at 9 a.m. at The Pit.

This year, UNM returns to a single ceremony to honor all its graduates. The commencement ceremony honors all doctoral and mater’s graduates, and bachelor's and associate's degree candidates from all schools, colleges and degree-granting programs. Additionally for the first time, UNM will live-stream the event on the UNM FaceBook page. The event will also be available on FaceBook for those who wish to watch at a different time.

“My congratulations to this hard-working class of students and to the people behind the scenes who’ve helped smooth the path to graduation over the past few years. These strong student success outcomes are the result of a concerted effort to improve retention and graduation rates by making key reforms." – Acting President Chaouki Abdallah

“My congratulations to this hard-working class of students and to the people behind the scenes who’ve helped smooth the path to graduation over the past few years,” Acting President Chaouki Abdallah said. “These strong student success outcomes are the result of a concerted effort to improve retention and graduation rates by making key reforms in advising, in developmental and introductory courses, in curriculum and in general campus climate. I applaud the efforts of Associate Provost Greg Heileman and the many others who’ve worked diligently on these high impact practices.”

The master of ceremonies for this year’s commencement exercises is Associate Vice President for Enrollment Management Terry Babbitt, with Joshua Cooper Ramo delivering the keynote address.

For the first time ever, The University of New Mexico will live-stream its commencement ceremony on the UNM FaceBook page beginning at 9 a.m. on Saturday, May 13.

The event will also be available on FaceBook for those who wish to watch at a different time.

Graduates and attendees are encouraged to use the hashtag #unmgrad17 during the ceremony.

One of the special honors awarded during the commencement ceremony is the Tom L. Popejoy Dissertation Prize, presented this spring to Shana Klein, who earned her Ph.D. in Art History from The University of New Mexico and completed the dissertation titled, “The Fruits of Empire: Contextualizing Food in Post-Civil War American Art and Culture.”

This project, now under contract to become a book with the University of California Press, probes how the representation and cultivation of food participated in the broader cultivation of American empire.

Klein is currently a Post-doctoral Fellow in Global and Trans-regional History at German Historical Institute in Washington D.C., and a lecturer at Georgetown University.

Also to be honored is University Secretary Emeritus Vivian Valencia, who retired after last year's commencement exercises. Valencia joins the President’s Platform Group to receive special recognition for her many achievements on behalf of university administration and faculty governance. Valencia, who will be recognized by acting President Chaouki Abdallah, served as University Secretary for more than 20 years.

Following her graduation in 1989, Valencia began her long staff career at the university, which included positions in the Office of Equal Opportunity, Department of Athletics, the Health Sciences Center, and the Provost’s Office, a trajectory that made Valencia an expert in countless faculty and academic processes across the university. Hired in 1995 as the third Secretary of the University, since the founding of the position in 1948, Valencia preserved important institutional traditions, worked to consolidate and update the Office of the University Secretary as a department, managed an increasing number of university ceremonies including the establishment of Freshmen Convocation and Freshmen Family Day, and strengthened faculty and shared governance at UNM.

Ramo, the keynote speaker, is a third generation New Mexican, who was raised in Albuquerque. He currently serves as co-Chief Executive Officer and vice chairman of Kissinger Associates, where he advises some of the world's largest corporations and investors on complex cross-border transactions. He also serves a member of the Board of Directors of Starbucks and FedEx.

Honorary degree recipients include the Honorable James B. Lewis and Cora McKenna. Lewis will also give a welcome on behalf of the UNM Alumni Association.

McKenna grew up in Nanbé Ówîngeh (Nambé Pueblo). Cora and her siblings were taught Nanbé Tewa and Spanish in the home. When Cora was grade-school age, she and other tribal children attended the “Day School,” which was on tribal land and managed by the Bureau of Indian Education. The Day School students were encouraged to speak English only.

McKenna’s scholarly dedication and personal commitment to the revitalization of language, culture, and supporting American Indian identity has resulted in accomplishments that constitute a very significant contribution to both linguistic and cultural development for New Mexico and the American indigenous community.

He has had a distinguished and esteemed public service career that has spanned over four decades and included many prestigious honors. He served as an elected and appointed official (appointed by presidents, governors, mayors and other elected officers). Lewis is the first and only African American to be elected to a statewide office, and longest serving (13+ years) New Mexico State Treasurer.