Students, faculty and staff from the Department of Theatre and Dance became ambassadors to the world when they carried their production of Mac Wellman's "Dracula" to the Asia Theatre Education Centre International Theatre Festival in Beijing, China, in May. UNM was the only invited U.S. delegation to this biannual festival. Other participants included government-run institutions representing India, Japan, Korea, China, Mongolia, Singapore, Vietnam and Australia.

China's Central Academy of Drama, considered the best theater school in Asia, hosted the festival. The ATEC Festival was created in 2005 to establish a network of theater schools and organizations in Asia and to promote the development of theater education, creation and research by providing a communication platform for all students, teachers and researchers devoted to the study and practice of theater in Asia. Theatre and Dance Chair Bill Liotta met with the academy's president and foreign exchange staff last fall and received the invitation to re-mount the highly-praised production of "Dracula," directed by Associate Professor Bill Walters.

Students, faculty, staff and members of Tricklock, UNM's theatre company in residence – many of whom had never been out of the country before – presented "Dracula," attended performances by other participating schools and visited the Olympic Village, Forbidden City and Great Wall. UNM student Rachael Shapiro said, "I still stay in touch with people I met there, through email and phone calls. It was a magical experience."

The invitation was due in large part to the decades-long relationship between the Central Academy of Drama and Walters. He has been a guest teacher at the Central Academy and presenter at the festival, and he has worked hard to make a long-term connection between Beijing and Albuquerque.

"This project exceeded our expectations," Liotta wrote. "The China performance of ‘Dracula' was our best." The Central Academy of Drama president met with Liotta and Walters at the conclusion of ATEC and extended an invitation to UNM for the 2012 festival. Walters was approached by the leadership of the other two big gun schools of China, the Hong Kong Academy of the Performing Arts and the Shanghai Theatre Academy. Both schools extended invitations to Walters and UNM to bring a show and create a program for student and faculty exchange. 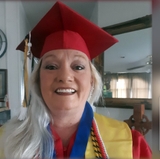 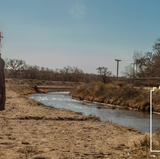 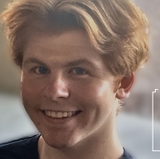