The UNM Foundation announced that it has selected Jeff Todd as its new president and CEO. Todd, who was selected following an extensive six-month nationwide search, will begin his duties on Sept. 1, 2019.

Todd has more than 30 years of advancement leadership experience in higher education, including fundraising, alumni relations, volunteer and board engagement, marketing, and communications. Since 2010, he has served as the associate vice president for alumni and executive director of the alumni association (alumni UBC) at The University of British Columbia (UBC) in Vancouver. He also served as the interim vice president for development and alumni engagement at UBC. During his time at UBC, he served as co-director of the University’s unique dual-goal campaign, start an evolution, that raised more than $1.6 billion in support for student learning, research, and community engagement and more than doubled annual alumni engagement levels. 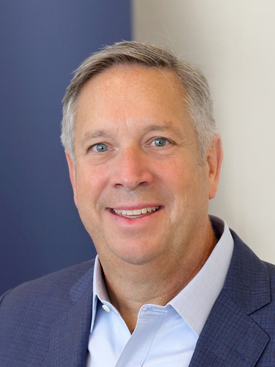 Prior to UBC, Todd served as the director of alumni relations and executive director of the alumni association for Oregon State University; executive vice president for The University of Arizona Alumni Association; and director of The Wooster Fund and Alumni Relations for The College of Wooster. Throughout his career, Todd has been engaged with multiple campaigns, including comprehensive and annual fundraising campaigns.

“I am excited to return to the Southwest and honored to join the outstanding team at the UNM Foundation,” Todd said. “The Foundation has been highly successful in its support of New Mexico’s flagship university and I look forward to rolling up my sleeves and working with the University’s donors, Foundation Board members, University Regents, alumni, parents, students, and friends as well as the talented people at both the Foundation and the University to continue to build on that success.”

Todd has served on several boards during his career. He currently serves as the past president and member of the Canadian Council for Advancement of Education’s Board of Directors, a member of the Council of Alumni Association Executives, and is the immediate past chair of the West Vancouver Community Centres Society Board of Directors. He has been an active member of the Council for Advancement and Support of Education (CASE) having served on the Board, Commission on Alumni Relations and the strategic planning and governance task forces. Todd received the CASE Crystal Apple Award for Teaching, The Forman Fellowship from the Council of Alumni Association Executives, and the Distinguished Service Award for CASE District V.

“We are pleased to welcome Jeff to the UNM Foundation,” said Laurie Moye, UNM Foundation Board of Trustees Chair and Search Committee Chair. “We set out to find an individual with a unique combination of skills including community and alumni engagement combined with fundraising experience that could take the Foundation to the next level of fundraising.  Jeff’s collaborative skill set and broad experiences in higher education were what we were looking for to move the Foundation forward.”

The UNM Foundation Board of Trustees Search Committee worked with a national search firm to recruit and identify candidates. The Search Committee was comprised of 12 individuals representing both Foundation and University leadership, which emphasized the partnership and collaboration between both organizations. Todd was selected from a nationally competitive pool of candidates that were vetted by both the search firm and the committee.

“I am delighted to welcome Jeff to New Mexico and to The University of New Mexico community,” said UNM President Garnett S. Stokes. “He demonstrates a strong understanding of how the UNM Foundation can engage with our donors, alumni, friends, students and the entire Lobo family to create a culture of philanthropy that reflects their connection to and pride in UNM.”

Todd succeeds Henry Nemcik who is retiring after serving in the role for nine years.

“On behalf of the UNM Foundation Board of Trustees and the University community, I want to thank Henry Nemcik for his dedicated service as Foundation President and CEO,” Moye stated. “During Henry’s tenure he helped the Foundation raise an average of $88 million annually for the benefit of University and helped meet the Changing Worlds 2020: The Campaign for UNM milestone goal of $1 billion in private support. We are very appreciative of the meaningful and lasting impact he has had on the Foundation and UNM.”

“Henry has helped establish the Foundation as a premiere fundraising organization. The groundwork he laid will help us continue building much needed philanthropic support for the University,” President Stokes added. “I look forward to working with Jeff to continue the vital work the Foundation conducts to support The University of New Mexico and its students, faculty, and staff.”

Todd stated, “UNM’s grounded focus on enhancing the overall quality of life for New Mexicans is critical for the future of the state and society at large and the Foundation plays a vital role in connecting the passions of generous donors to the University’s aspirations to excel in its teaching, learning, and outreach missions. The work of the Foundation is a team endeavor that requires everyone who is part of the University community to work in strategic collaboration with one another in order to be successful. I very much look forward to being part of the Lobo community everywhere and supporting UNM President Garrnett Stokes’ leadership of the University.”