Ruth Trinidad-Galván, associate professor in the Language, Literacy and Sociocultural Studies Department in the College of Education at the University of New Mexico, has received the Fulbright Scholar’s Award to teach and conduct research in Mexico for the 2015-16 year, under the Fulbright-Garcia Robles program. She is a two-time recipient of the award, the first one in 2008 for research and teaching in Ecuador.

Trinidad-Galván, also an adjunct faculty in Women’s Studies and Chicana & Chicano Studies Program said, “Receiving this Fulbright Award is especially significant as it takes me back to my parents’ home state and place where they initiated their migratory flow from Mexico to the United States in the 1960s. The state of Zacatecas is one of few states in Mexico that has maintained a history of migration since the early 20th century.” 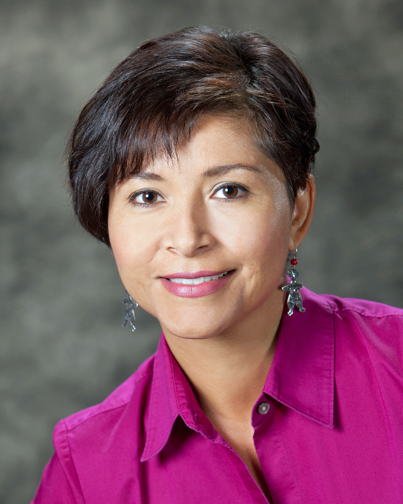 Ruth Trinidad-Galván is associate professor in the Language, Literacy and Sociocultural Studies Department in the College of Education at UNM.

She is also co-editor of the Handbook of Latinos and Education, which received the Critic’s Choice Award in 2010 from the American Educational Studies Association (AESA) and the author of the newly released Women who stay behind: Pedagogies of survival in rural transmigrant Mexico (University of Arizona Press, 2015).

“My research will focus on the increasing number of immigrants voluntarily returning or forced to return to their community of origin as a result of the United States’ lack of immigration reform and economic recession,” Trinidad- Galván said. “I am interested in this rising phenomenon and the experiences of returnee children who enter the Mexican school system and of the ideologies of teachers that receive them.”

Since the award consists of a lecture/research appointment, Trinidad-Galván will also be teaching two courses at the Autonomous University of Zacatecas during 2015-2016.

She grew up in the East Los Angeles area to Mexican immigrant parents and was an adult English as a Second Language (ESL) instructor and Bilingual Educator in inner city schools in Los Angeles for seven years before entering academia. Her research foci include gendered analyses of global, transnational and migration issues; popular education; transborder feminist epistemologies and pedagogies; and qualitative research in education.

The U.S. government’s flagship academic exchange program was established in 1946, thanks to the initiative of then Arkansas Senator J. William Fulbright. Soon after, it became known worldwide as the “Fulbright Program.” The Mexico-U.S. Commission for Educational and Cultural Exchange (COMEXUS) oversees the Fulbright program in Mexico. The goal of COMEXUS is to promote mutual understanding between our two countries through educational and cultural exchanges.