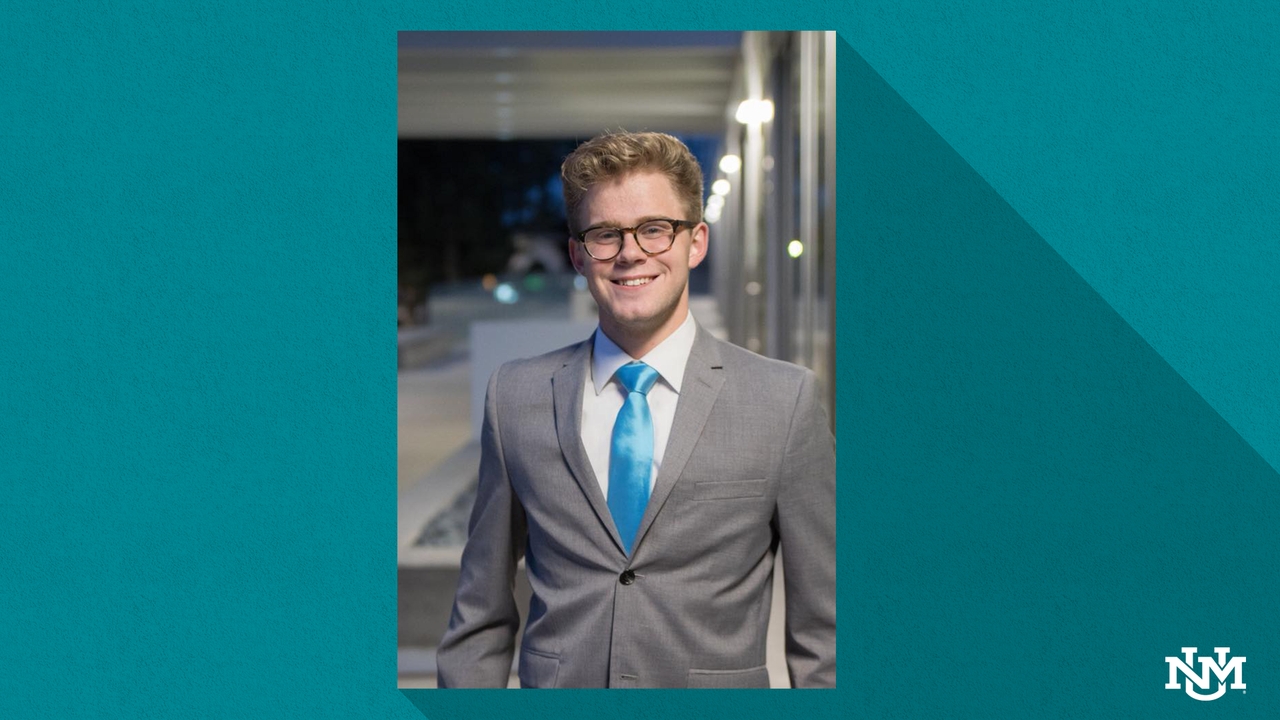 UNM student Joel Robinson is one of just 190 students selected from institutions across the country to be a 2020 Truman Scholarship Finalist.

Robinson is a National Merit Scholar studying political science and economics with a focus on poverty and homelessness. He will be interviewed by the Truman Foundation’s Regional Review Panel in Phoenix next month. 773 applicants representing 316 colleges and universities applied for the scholarship. Students are chosen based on their exemplary dedication to leadership, public service and academic achievement.

As a board member of Steelbridge Ministries, Robinson utilized his academic knowledge of homelessness to help guide the organization toward best practices. During his internship with the New Mexico Public Defenders, he conducted a project directed toward correcting staffing imbalances compared to District Attorneys' offices around the state. He has also provided research assistance on criminal justice reform, particularly drug usage among New Mexico parolees and probationers, and an evaluation of recent bail reform in the state. After graduation, Robinson plans on pursuing a law degree with a focus in public interest. He hopes to return to New Mexico and work as a public defender fighting for the rights of indigent defendants.

The Foundation, established by Congress in 1975 as the federal memorial to the 33rd President of the United States, awards scholarships for college students to attend graduate school in preparation for careers in government or elsewhere in public service. The activities of the Foundation are supported by a special trust fund in the U.S. Treasury.