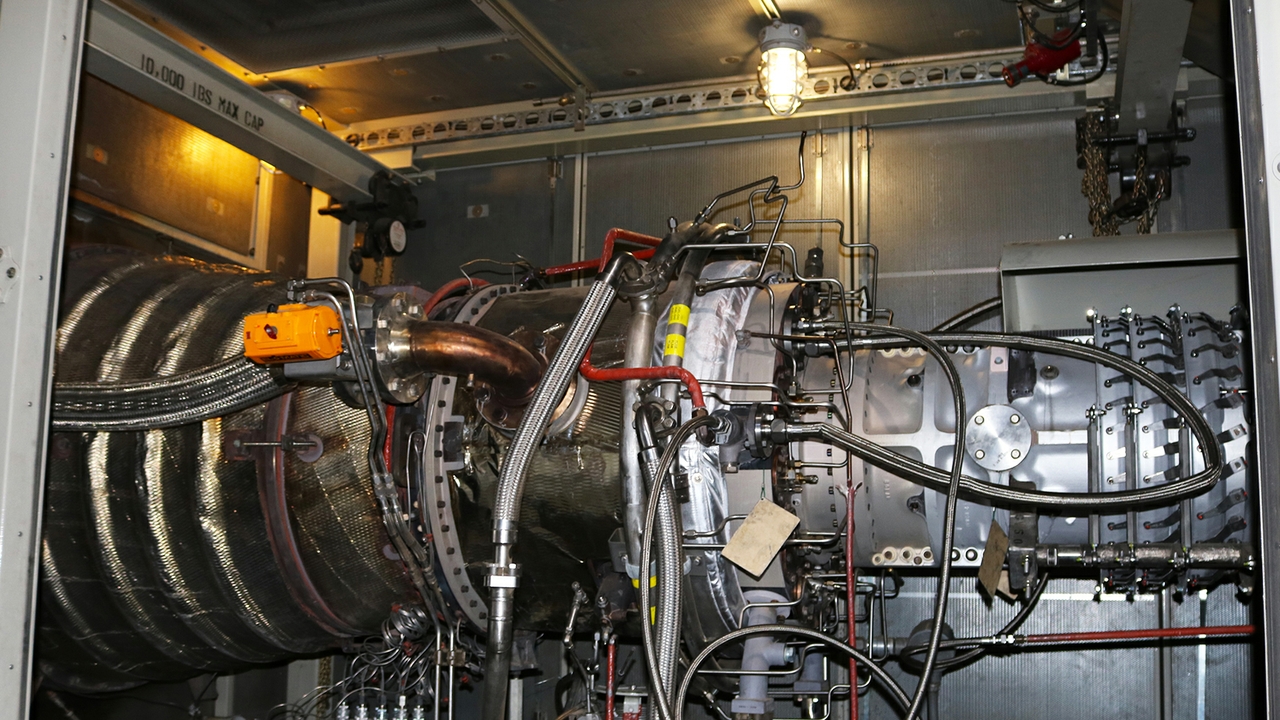 Powered by a natural gas, produces the electricity needed by The University of New Mexico campus at a rate cheaper than it can be bought. 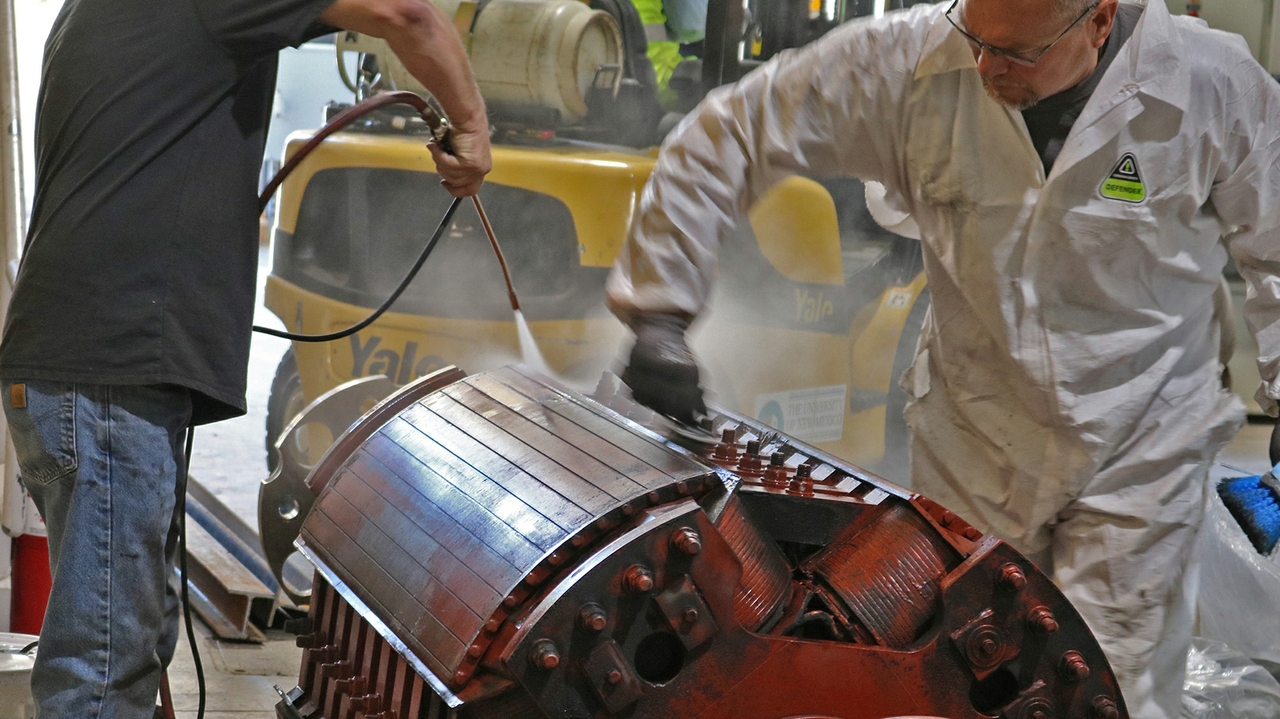 Both turbine units had their internal generators removed and cleaned. 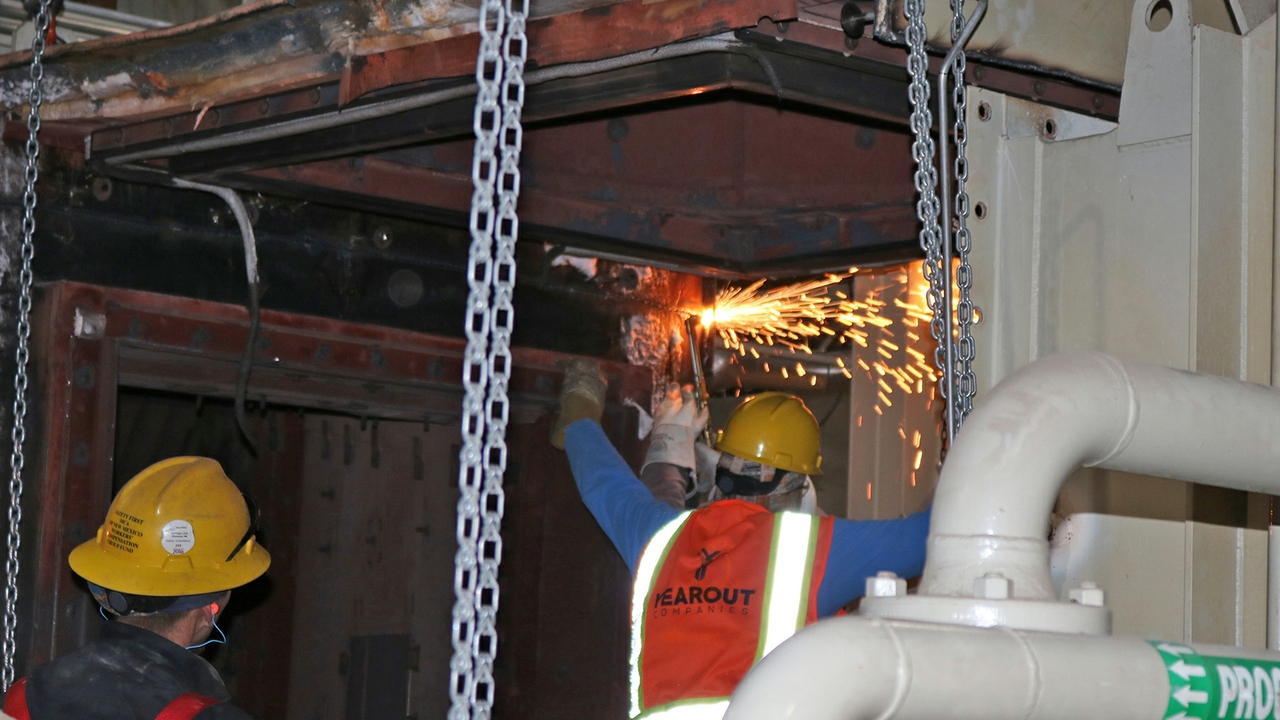 had to be done on one of the turbine units.

People witnessing the truck delivering a jet engine to Ford Utility Center in mid-May might have scratched their heads in wonder. However, for the Facilities Management Utility Division, it was an essential part of the utility maintenance plan to overhaul major components of the energy production system to keep things running smoothly and efficiently.

In 2005, the Utility Division completed a much-needed renovation of campus energy systems necessitated by both antiquated equipment and campus growth. The renovations included the installation of a cogeneration turbine unit, powered by a natural gas-driven jet engine. A second unit was added in 2013. This system not only produces the electricity needed by The University of New Mexico campus at a rate cheaper than it can be bought, but it also captures what would otherwise be wasted heat and reengages it for other energy saving purposes.

Facilities Engineer Hans Barsun explains, “The cogeneration units produce electricity from gas turbine jet engines and we capture the exhaust from the engines and use that heat to produce steam. In the winter we use the steam to heat campus facilities and in the summer, when less heat is needed, we use it to drive absorption chillers to make chilled water to cool the buildings.”

This closed-loop system is highly efficient and allows the Utility Division to supply heat and electricity for approximately $2,500,000 less, annually, than if purchased from outside providers such as PNM. In order to realize these cost savings, complex maintenance activities, like those that took place in May, are carefully planned and executed to minimize downtime.

Utility leadership chose the month of May as the time to conduct the overhaul, as the cogeneration units were scheduled to be shut down for their annual insurance inspection. While the units were down, Utility staff went to work. The older unit had its jet engine replaced, as it had reached its 30,000-hour life span.

The other unit had an aging air diverter replaced to allow for more efficient control of airflow within the system. Both units had their internal generators removed and cleaned, which is no small feat, as each generator weighs approximately 13,000 lbs.

Had this highly complex maintenance project not been completed, the cost to UNM and taxpayers would be significant.

“When our energy demand exceeds our production capacity, or when a cogeneration unit goes offline, we have to draw electricity from PNM which comes with high demand charges,” said Utility Division Associate Director Larry Schuster. “Initial demand charges are $120,000 for each unit that is out of service, so taking advantage of already scheduled downtime was the most cost-effective solution for completing the project.”

While these periodic maintenance efforts are costly and complicated, this vigilance will enable the cogeneration units to operate indefinitely, preventing major renovations in the future like those that took place in 2005, and will help keep UNM on track to meet State of New Mexico’s energy conservation goals.