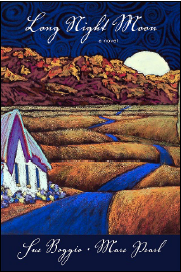 Pearl accepted the 2019 Zia Book Award at the NMPW annual conference in April. NMPW, an affiliate of the National Federation of Press Women, conducts an annual book award contest for women authors who live in or have a strong connection to New Mexico. Begun in 1953, the Zia Book Award honors fiction, nonfiction and children’s literature in alternating years. Previous UNM Press winners include Coyota in the Kitchen: A Memoir of New and Old Mexico by Anita Rodríguez and Leaving Tinkertown by Tanya Ward Goodman. 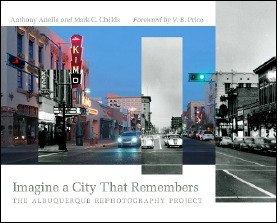 Imagine a City That Remembers: The Albuquerque Rephotography Project, by Anthony Anella and Mark C. Childs, received the 2019 Heritage Publication Award from the New Mexico Historic Preservation Division (HPD). The award is one of several Heritage Preservation Awards given annually by the HPD’s Cultural Properties Review Committee, in recognition of efforts to preserve architecture, language, and other aspects of New Mexico’s culture. The Review Committee said Imagine a City That Remembers “is a powerful strategy to think critically about the city, its past, and especially its future.”

Anella and Childs accepted the award this month at a ceremony and reception in Santa Fe. Childs is a repeat winner of the Heritage Publication Award. He was honored in 2017, with coauthor Ellen B. Babcock, for The Zeon Files: Art and Design of Historic Route 66 Signs, also from UNM Press.