The Innovation Academy for Women of the Americas (The Academy) is a first-of-its-kind partnership between UNM, Universidad La Salle México and Universidad Autónoma de Yucatán. It is a pilot program bringing together undergraduate women from New Mexico and undergraduate women from Mexico whose majors are in the field of Science, Technology, Engineering, Mathematics or Architecture.

The Academy partnership is supported by a grant from “100,000 Strong in the Americas,”  President Obama’s international education initiative in the Western Hemisphere.

“We value the differences of ideas and cultures found throughout the Americas and we know those differences enrich people’s lives,” said Catherine Russell, U.S. Ambassador-at-Large for Global Women’s Issues. “They can bring our countries closer together and they can help us find new ways to address difficult problems.”

In her message to The Academy Ambassador Russell wrote, “As women taking on these and many other challenges, you are the reason why President Obama and Secretary Kerry say that countries can’t get ahead if they leave half their populations behind. With more women in the conversation, societies are stronger and more innovative.” 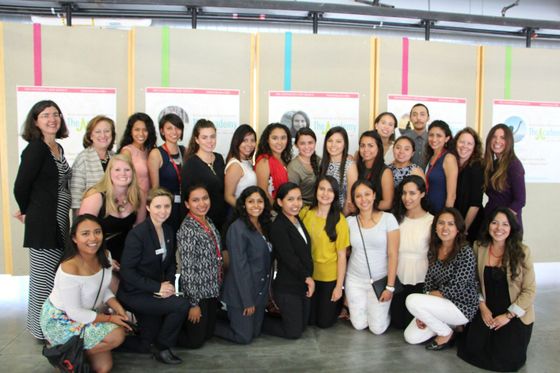 The Academy provided the students opportunity to receive one month of intensive career mentorship, research and leadership training.

At the conclusion of The Academy, each participant presented on their research accomplishments and were evaluated by a panel of four judges. The top five women received scholarships for graduate study at UNM.

“From working on a cure for Alzheimer’s Disease to inventing a new type of filter for wastewater treatment that is more efficient and environmentally friendly, The Academy cohort demonstrated that investing in women in the STEM+A fields is an investment in a better future for all,” said Nicole Tami, executive director for Global Initiatives at UNM.  “As The Academy cohort progresses into graduate school and into the workforce, they can count on support from the network they built while at UNM.”

U.S. Ambassador to Mexico Roberta Jacobson remarked in writing to The Academy, “I am proud to congratulate the Mexican and U.S. women who graduated today from The Academy for Women of the Americas.”